Banking on new infrastructure and amenities 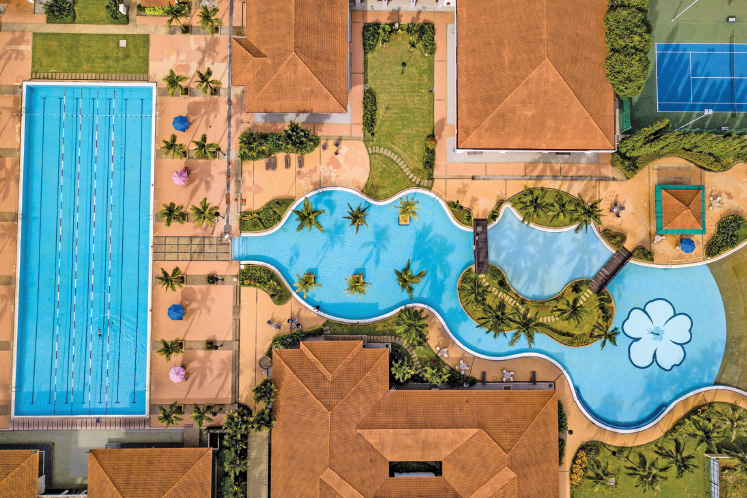 The clubhouse at Bandar Botanic Chu: When we design a township, we put efforts in the placemaking Haris Hassan/The Edge The three-storey deluxe link houses, called Izumi, received its certificate of completion and compliance in January 2016. Its monthly maintenance fee is RM300.

Work on the construction of Bandar Botanic, which has a gross development value of RM4.5 billion, began in 2002. Botanic East is fully occupied, Ambang Botanic, 90%, and Ambang Botanic 2, 70%.

General manager (Bandar Botanic) Chu Wai Lune tells City & Country that Phase 27 was the last to be launched in Ambang Botanic 2 and received overwhelming response due to the track record of the earlier phases of the township.

“The units were launched at an average price of RM1 million, and the average capital gain is about 7% to 8%, annualised over three years. Contributory factors to the appreciation include a well-managed township in a maturing area with a growing population and plenty of nearby amenities to sustain the community,” he says.

“When we got the land, we conducted a study and found that this part of the neighbourhood lacked a premium enclave with a green theme that could provide an affluent and tranquil lifestyle. It inspired us to forge ahead in creating Bandar Botanic.”

Bandar Botanic is connected to Lebuhraya Shah Alam and is located close to the upcoming Bukit Tinggi LRT station. Chu believes the rail infrastructure and enhanced connectivity will help sustain the capital appreciation of Phase 27 in the following five years at least.

“When we design a township, we put efforts in the placemaking … we don’t just build the houses but we build homes where everything is connected to bring convenience to the residents. Also, we are the first development in Klang with retention ponds in recreational parks that are surrounded by jogging tracks so that families can spend time together,” he explains.

“There is a clubhouse for residents and recently, we opened it to the public on the basis of annual membership. Also, we are still working with the resident associations to improve on the development, thus adding value to it.”

What will also contribute to the capital appreciation is that most housing projects within a 5km radius of Phase 27 currently are high-rises targeted at a different market segment, Chu adds. Being within a well-planned development such as Bandar Botanic with its mature infrastructure connectivity has also been an advantage.

More amenities are coming up in Klang, including educational institutions such as Big Apple Private Academy and Inspiros International School.

As for the sewage problem in Bandar Botanic, Chu says Gamuda has been working closely with the relevant authorities in the past two years, and restoration work has been going on since the middle of the year.

“We (Gamuda and the authorities) are sharing the cost to rectify the issue … we are committed to work together and get things done by the end of the year. The system will be back to normal by then. Currently, we have a monthly progress meeting with the authorities and resident associations and work is well ahead of time,” he says.