Banking: Digital banks for the unbanked and underserved 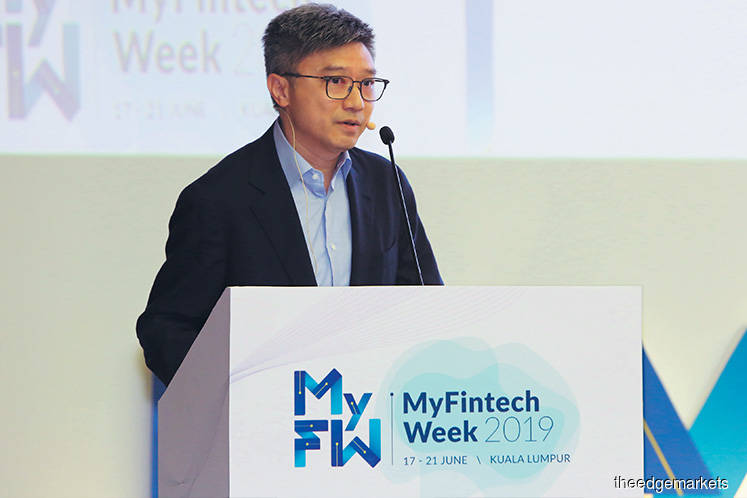 Financial inclusion is a goal that many countries are struggling to achieve, primarily due to the high cost structure that traditional banks currently have that makes it financially unviable for them to reach out to the underserved and underbanked population, said Henry Ma, executive vice-president of WeBank, on June 19 at MyFintech Week.

This is true even in countries like China, which has made great strides in economic growth and technological capability in the past decades, he said during a session titled “Digital Finance Decoded: Driving Adoption” at the Bank Negara Malaysia-organised event. He added that 80.2% of adults in China have a basic bank account while 61% have used mobile payments.

However, he said that only 9% of Chinese could secure funding from financial institutions in 2017, quoting a World Bank report. “[The report shows] many having to turn to their friends and family to borrow money, while others even lack funds for emergencies.”

The rise of digital banks — which operate online without physical branches — could solve the problem. In fact, Ma said results have been seen in the past four years with WeBank, China’s first digital bank launched by Tencent Holdings Ltd in 2015.

Ma says 75% of the bank’s customers are blue-collar workers who might not be able to get credit facilities from traditional banks, partly because of their low-income profile. WeBank has been able to provide them with small consumer loans of relatively short durations. “If you look at our loans, the [average size] is about RMB8,100 (RM4,860) and the average duration is only about 50 days. About 72% of these loans carry an interest amount of less than RMB100.

“If I were to ask traditional bankers if they wanted to take up these loans, most of them would decline,” he said.

Ma said WeBank operates 24 hours every day of the week to ensure that its customers (which also include small and medium-sized businesses) are able make transactions at any time. “In fact, most of the transactions that we have done happened outside office hours, when bank branches were closed.”

As at Dec 31, WeBank had more than a hundred million customers with an asset size of RMB220 billion. It also had a non-performing loan ratio of about 0.5%, which is “significantly lower” than similar loans offered by traditional banks, said Ma. The bank, which recorded a profit of RMB2.47 billion in 2018, has been profitable since 2016.

As a digital bank, WeBank has the capability to introduce products to the market quickly. The bank’s best time-to-market record was 11 days. “A new product, from its ideation stage to actually delivery to the market, only took us 11 days. That happened in 2017 and the record is very hard to beat. We talked a lot to the industry players and they told me it would probably take them more than 11 days to assemble their people and hold a meeting to talk about a new product,” said Ma.

How is it done?

Technology is a key enabler that helps WeBank to drive down cost and increase efficiency to serve the unbanked and underserved, explained Ma.

He added that more than 50% of WeBank’s employees are software engineers and data scientists and the company utilises artificial intelligence (AI), blockchain, cloud computing and big data — also known as the ABCD technologies — to increase work efficiency and keep costs low.

For instance, WeBank leverages facial recognition technology (part of AI technology) to conduct its know-your-customer process. This eliminates the need for WeBank to open physical branches to onboard customers.

“We have scanned tens of millions of faces over the years and have achieved a very high accuracy rate. In fact, the false recognition rate (used to measure the error cause by the facial recognition technology) is less than one in a million. In comparison, the rate of error of the human eyesight is 0.8%. Machines are already doing a much better job than humans when it comes to facial recognition,” said Ma.

WeBank utilises blockchain technology by running a shared ledger with its partner banks so that all transactions that run between them are communicated in real time. “Transactions that happen in WeBank are completely recorded digitally. We don’t have paper contracts,” said Ma.

When disputes are brought up by customers, there are arbitration agencies set up around China to solve them by collecting electronic evidence from WeBank’s blockchain, explained Ma.

WeBank runs its software programmes on cloud, which cuts costs substantially. It also uses big data to conduct market research and build risk-management models, he added. “We’ve been processing hundreds of thousands of parameters and building a couple of hundred models to assess the credit profile of our customers.”

However, all of WeBank’s achievements thus far would not have been possible without the introduction of the open banking system. To put it simply, it enables third-party developers to work together with banks to build new financial applications and services.

For instance, a financial technology (fintech) start-up could tap the consumer data in a bank via application programming interfaces (APIs). It would then use it to provide consumers with different solutions — such as wealth management services that would consolidate their finances — and give them a loan or investment recommendation.

Ma said the open banking concept that has been gaining traction in recent years has benefited WeBank. But more can be done by banks to create a new ecosystem that fosters more innovation and collaboration.

Instead of focusing on APIs that merely involves the sharing of information, Ma said banks with strong technology capabilities should establish an open platform on which third parties could distribute their financial products and services.

Banks should also adopt the open innovation concept by sharing their technological capabilities with other parties like what the tech giants such as Google, IBM and Microsoft have done, he said. “You enable your partners and bring more friends into your ecosystem. You make them talk the same language as you, run the same technology stack and create very similar ecosystems as yours.”

Eventually, banks could link up all these similar ecosystems by using blockchain technology and the industry would grow quicker and become more robust, he said. “Such a trend is already happening elsewhere in the world. If many tech companies [have been successful in doing it], why can’t banks do the same?”