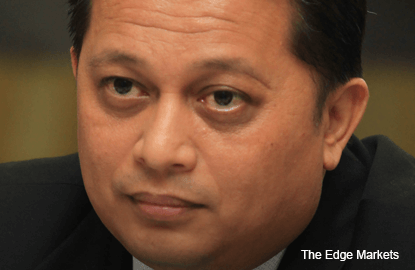 On Aug 11, UMW Holdings announced that Syed Hisham, 61, intended to retire upon the expiry of his contract yesterday.

On a separate matter, the group said it has agreed to extend the completion date of a sale and purchase agreement (SPA) for the disposal of its wholly-owned subsidiary UMW Corp Sdn Bhd’s (UMW Corp) 61.08% equity interest in MK Autocomponents Ltd, as well as a 55% equity interest in MK Automotive Industries Ltd, to Datuk Muthukumar Ayarpadde. The completion date has been pushed to Nov 30 to allow for full satisfaction of the conditions precedent in the SPA, it said.

“The extension is not expected to have any material effect on the earnings per share and net assets or gearing of UMW Holdings for the financial year ending Dec 31, 2015,” it added. The extension date has been deferred several times since the initial completion date on Dec 31 last year.

UMW Corp entered into a SPA with Muthukumar on July 25 last year to sell its stakes in the two Indian companies for RM73.1 million after facing challenges in the automotive component business in India. UMW Holdings (fundamental: 1.4; valuation: 1.4) rose nine sen or 1.21% to close at RM7.52 yesterday for a market capitalisation of RM8.7 billion.