BAC: From profit to philanthropy 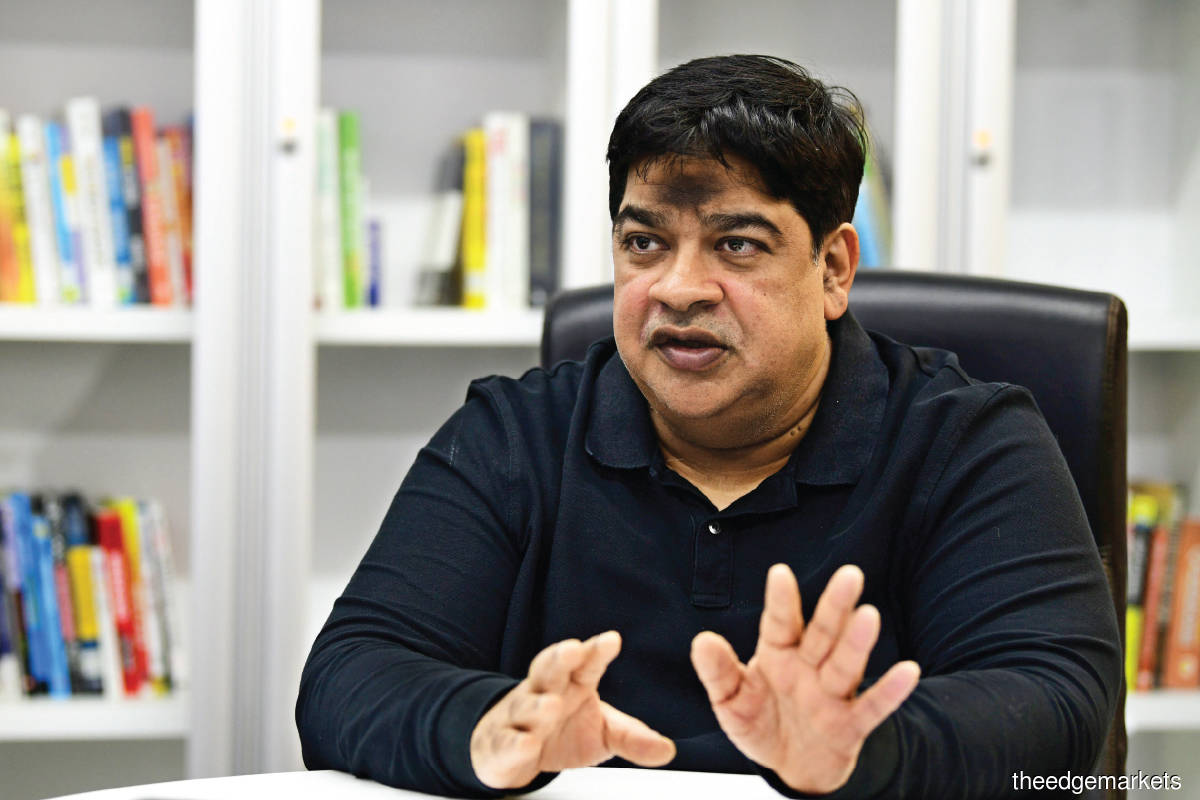 "The Malaysian workforce is simply not prepared for the digital economy. Until such time that we have the digital talent in sufficient numbers, companies like Google and Amazon are going to continue making Singapore their base of operations.” - Raja Singham

BAC Education Group founder and managing director Raja Singham did not set out to create as many Covid-19-related relief efforts as the company eventually did.

“In reality, we would have liked to have focused on just one or two major initiatives. But given our expertise as an education provider, we realised just how much that broadened our social responsibility, particularly during this time,” he tells Digital Edge.

BAC has long been involved in charitable and social responsibility initiatives, but it is only this year that a number of flagship projects really came into their own.

BAC has spent the last few years effectively digitising and creating content for schoolchildren preparing for their UPSR, PT3 and SPM examinations. The various education portals are consolidated under its website, bacflix.com, and provide students free access to any combination of six other education portals.

Three of these portals are meant for UPSR, PT3 and SPM students. The other three portals provide educational content that is geared towards O Level-equivalent learners as well as Chinese-speaking and Tamil-speaking students.

“All the students need is an internet connection, and they can access the entire library of content for free. For example, the SPM education portal alone — which is called SPMflix.com — has about 8,700 videos, which we have spent the last few years developing and uploading,” says Raja Singham.

In fact, this year has seen the education group significantly intensify its live-streaming efforts, providing regular sessions for students to access throughout the year.

Unfortunately, BAC has had some challenges in getting its content out to a wider audience. According to Raja Singham, it had conducted engagement sessions with government officials at one point, with a view to significantly expand the reach of its content. “According to the findings of the government, something like 80% of all people in Malaysia have some form of access to a smartphone at the very least. It is also true that while the vast majority of students in Malaysia have regular access to the internet and devices to support streaming, there are about 20% of students who lack similar access,” he says.

“The government felt that if it provided this content to 80% of the students, it would result in the other 20% losing out. On this basis, the government eventually decided against supporting this particular project and rolling it out nationwide. It’s a shame because I have always been of the opinion that we should try to give the masses access to these services, and then let us all get together and figure out how to extend it to the other 20% somehow.”

BAC has also launched a number of free initiatives meant to support the development of the digital talent pool in Malaysia. One of these initiatives is called Project DEEP.

While the initiative itself started in September last year, it has seen significant take-up under the current circumstances. Project DEEP is a series of workshops and classes offered free of charge to provide workers with the digital skills they can use to re-enter the workforce or start their own business.

“The Malaysian workforce is simply not prepared for the digital economy. Until such time that we have the digital talent in sufficient numbers, companies like Google and Amazon are going to continue making Singapore their base of operations. They also have operations in India, for example, primarily because of the talent pool,” Raja Singham points out.

“Malaysia has become used to the idea that our stable infrastructure and abundance of land are enough to attract companies like these. The fact is that these things are no longer as attractive to employers as the talent.”

Project DEEP is looking to train up to 10,000 people in a variety of digital skills. To date, it has attracted nearly 2,000 trainees.

“I think the only way for digital training efforts to be effective is for them to be done at scale, hence these numbers. We are prepared to dig deep and if it comes down to it, fund the training of more than the initially allocated 10,000 slots. We have hired industry experts to teach courses on data analytics, web development, digital marketing, graphic design, full stack development and so on,” says Raja Singham.

After this, trainees have two options. Once they have satisfied all the necessary criteria of their chosen courses, they will be awarded a certificate, which they can then use to try to re-enter the workforce.

Alternatively, if they wish, they can try their hand at starting a business of their own. To this end, BAC provides yet another initiative called Project Entrepreneur. The idea here, according to Raja Singham, is to equip applicants with a working knowledge of running a business by teaching them the fundamentals of starting one.

“It’s great if people wish to go back into the workforce after completing their time with Project DEEP. But right now, in this economy, there just aren’t that many jobs available in the market. So, we felt it is important to equip trainees with entrepreneurship skills. That way, if they ever need to, they would be able to fall back on themselves,” he says.

There are quite a few more projects and initiatives available, although many were launched before the pandemic. Even so, there is still a lot of value to be had from these initiatives. To this end, BAC has consolidated its full suite of charitable and social responsibility projects on the portal giveback.my. Here, users will be able to go through a list of projects and initiatives that they can either donate time or money to or apply for as a participant.

“While the pandemic has brought the need for relief efforts into focus, we have actually been engaged in these initiatives in one way or another for quite a few years. I think it’s important that more businesses commit resources like expertise and property assets to these and other causes. There is certainly no shortage of need,” says Raja Singham.