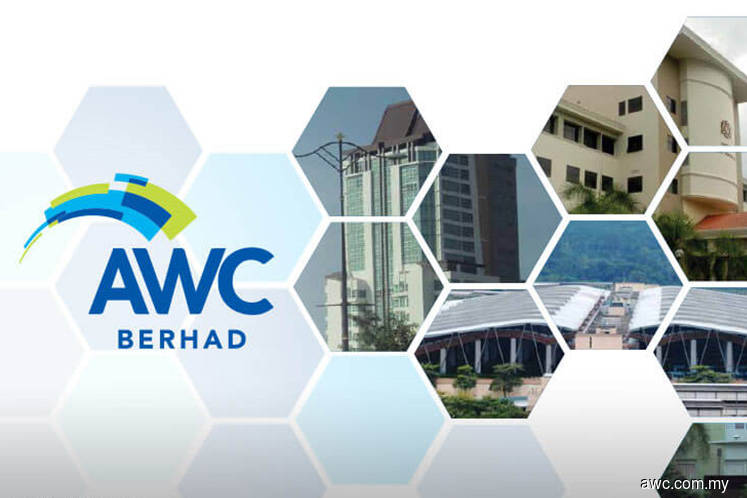 AWC Bhd
(Jan 11, 63.5 sen)
Maintain add with an unchanged target price (TP) of RM1.26: AWC Bhd has announced that its environmental division, STREAM, has been awarded a subcontract with a value of RM25.9 million.

Overall, we are positive on this announcement. This is the first large-scale contract that it has won in the environmental division in the past 2.5 years, although it has won smaller-scale jobs that are below RM5 million in value each.

We understand that profit before tax margins for the environmental segment is also higher at 20% to 25% versus its other divisions such as rail, engineering and facilities.

With this RM25.9 million contract win, the group’s outstanding order book for the environmental division stands at RM155 million.

Its total outstanding order book as at the first quarter of financial year 2019 (1QFY19) is estimated to be at RM946 million before accounting for this new contract.

As we has previously assumed RM20 million in new contract wins for STREAM annually, this contract will provide healthy order book replenishment.

Any further substantial contract wins for this segment would require us to raise our order book assumptions.

We have made no changes to our FY19 to FY21 earnings per share forecasts.

We have also maintained our “add” call and TP of RM1.26 based on 11.2 times calendar year 2020 forecast (CY20F) price-earnings ratio (PER), a 10% discount to its bigger-market-cap peer UEM Edgenta Bhd’s current PER.

We remain positive on AWC due to several factors, including: i) its defensive earnings, especially from the facilities division; ii) its undemanding valuation of 7.8 times CY19F PER; and iii) its healthy balance sheet (net cash as at 1QFY19: RM23.4 million).