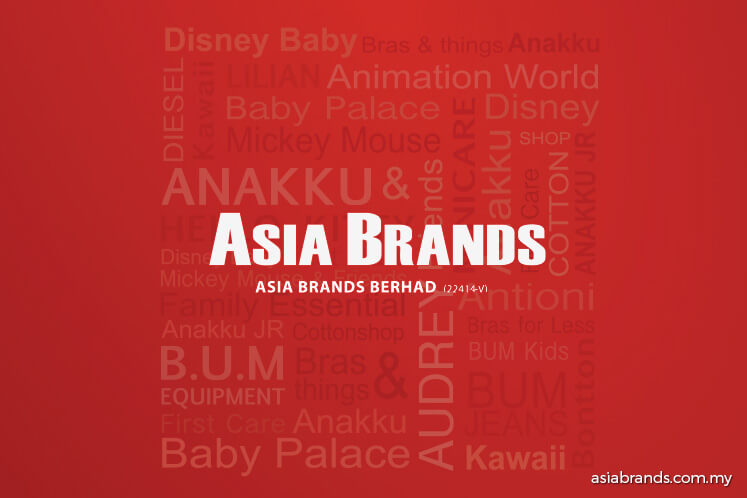 KUALA LUMPUR (July 31): Asia Brands Bhd's external auditor has pointed out a material uncertainty with regards to its financial statements for the financial year ended March 31, 2017 (FY17), which could raise doubt over the group's ability to continue as a going concern.

In a filing with Bursa Malaysia, Asia Brands said Messrs UHY noted the group's statements on its net loss and net current liabilities for FY17, which stood at RM58.49 million and RM47.25 million respectively.

"These events or conditions, along with other matters, indicate that there is a material uncertainty on the group's and the company's ability to continue as a going concern. Our opinion is not modified in respect of this matter," Messrs UHY said.

In view of this, Messrs UHY said the appropriateness of preparing the financial statements on a going concern basis is dependent upon the successful execution of the two abovementioned plans, continued support of banks and its holding company and the achievement of future profitable operations by the group.

Nevertheless, it has expressed unqualified audit opinion on the financial statements of Asia Brands for FY17.

Asia Brands, meanwhile, said it has started the process of addressing the material uncertainty related to going concern and has started showing positive results and generating positive cash flow.

"The better financial performance is a result of streamlining our business by disposing of lossmaking divisions and re-channelling management time and energy to turn around the remaining two divisions," the group said.

The group had also put in place initiatives to temporary lease 'pop-up' stores in order to take advantage of retail oversupply and availability of space in shopping malls, it said.

Asia Brands is expecting to address the issue in nine months, it said.