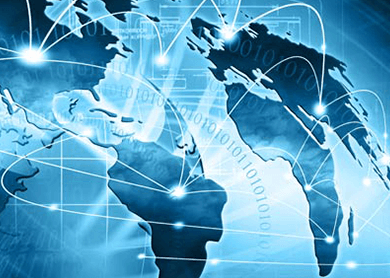 SINGAPORE/TOKYO (Aug 28): Asian markets extended a global rally into second day on Friday, as upbeat US economic growth data calmed sentiment following the hammering shares across the region took earlier in the week.

European stocks were poised to follow suit, and oil markets were following on from the biggest one-day rally in crude prices for six years, that was seen on Thursday.

MSCI's broadest index of Asia-Pacific shares outside Japan was up 1.2%. They were poised to gain 0.1% for the week after logging three-year lows as plunging Chinese shares had sent financial markets into a tailspin.

"The Asian session took news from US equities and commodity markets well today, although the pace of the gains looks to have slowed later in the session," Angus Nicholson, market analyst at trading services provider IG in Melbourne, wrote in a note for clients. "Positive noises on the US economy are likely to help markets into the start of next week."

Wall Street rose sharply overnight thanks to revised US gross domestic product data showing the economy grew faster than initially thought in the second quarter — a reassuring sign amid worries over deepening economic woes in China.

Crude oil futures are on track for their first weekly gains in 11 weeks, ending their longest losing streak since 1986, despite plunging to 6½-year lows earlier this week.

Both US crude and Brent surged more than 10% on Thursday, their biggest gain in a single day since 2008.

The improved mood and better-than-expected core consumer inflation data drove Japan's Nikkei stock index to close up 3% higher, though it was still down 1.5% for the week.

Besides the upbeat US GDP, last week's jobless claims also fell more than expected. That kept alive speculation that the Federal Reserve could raise interest rates this year if the momentum in the economy lasts.

"Concerns about a possible softening in China's economic growth have been offset by news of a sharp upward adjustment in US second quarter GDP," said Sydney-based Ric Spooner, chief market analyst at CMC Markets in a note to clients.

"From a growth point of view, the US Fed looks well placed to begin increasing interest rates in December."

The dollar index, which tracks the greenback against a basket of six major currencies, was steady at 95.671, after logging a one-week high of 96.031 in the previous session. The index remained well above a seven-month low of 92.621 touched on Monday.

Investors' focus was locked on an annual meeting of the world's top central bankers at the Jackson Hole Economic Symposium in Wyoming, as they sought clues to how Fed policy might be influenced by the recent market turbulence.

"We have to be careful ... trying to decide today how we might react to" recent financial market volatility, Kansas City Federal Reserve Bank President Esther George told Bloomberg TV in an interview that aired on Thursday. George, known as a hawk, said that the US economy still appears to be on solid ground.

Her comments followed New York Federal Reserve President William Dudley's remarks on Wednesday that the prospect of a September rate hike "seems less compelling to me than it was a few weeks ago" in light of the global market volatility.