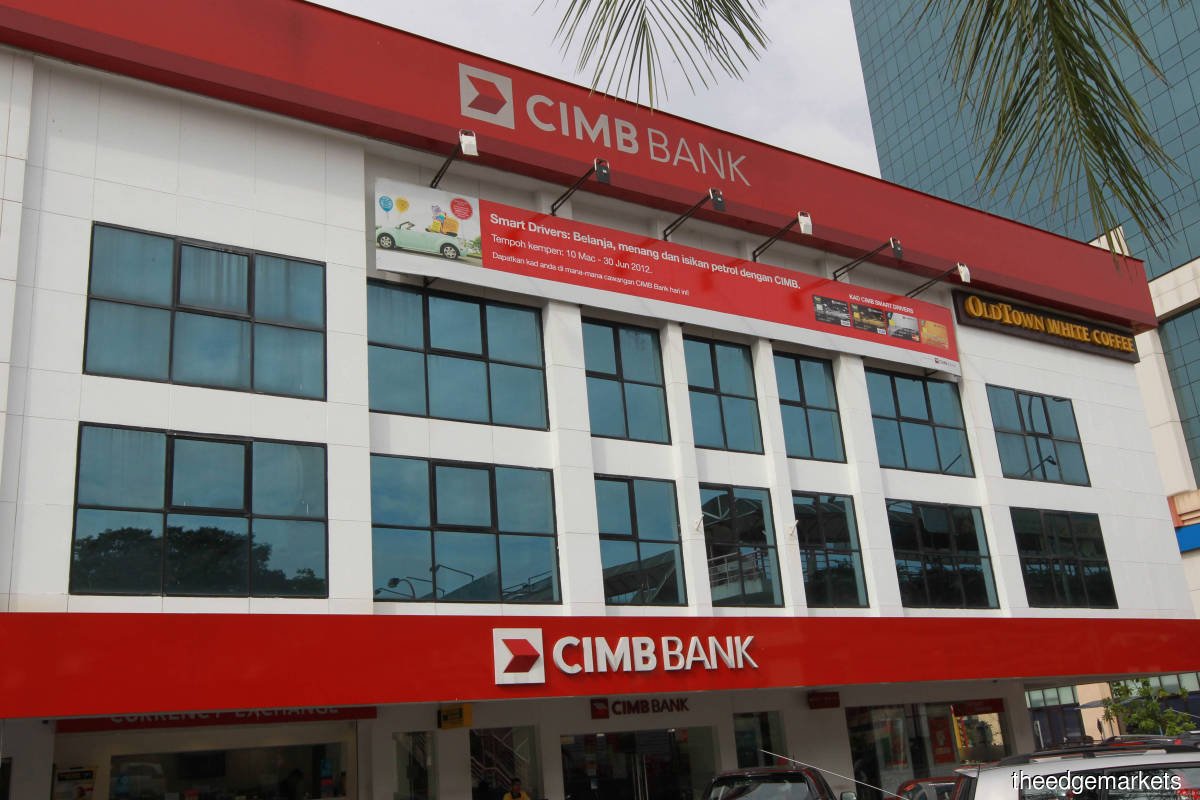 “The take-up rate of targeted assistance surprised on the downside even within the B40 (bottom 40% income) group. As such, the group could potentially deliver the strongest earnings recovery in 2021,” he opined in a report today.

Coupled with the recent sharp retracement in its share price, he upgraded his recommendation on CIMB’s stock to a "buy" with a higher target price (TP) of RM4.54 from RM3.48.

Wee believed that the worst could already be over for CIMB in FY20, suggesting a two-year earnings compound annual growth rate (CAGR) of over 100%. “The lumpy bond and derivative impairments (about RM500 million), oil and gas (O&G) specific provisions (RM1 billion), coupled with management provision overlays in FY20, could potentially set the stage for a staggering two-year earnings CAGR in excess of 100% for FY21 to FY22,” he added.

Wee also shared that CIMB’s management “remains hopeful of sustaining a 40%-50% dividend payout ratio for FY20 and beyond” as it expects its Common Equity Tier 1 (CET1) ratio to remain comfortably above 12% (currently 12.9%) even after stress tests.

On the other hand, RHB Research Institute analysts Liew Wai Hoong and Fiona Liong maintained their "buy" call on CIMB, with a TP of RM5.10.

They shared the same view with UOB’s Wee, pointing out that CIMB’s total provisions are expected to have been elevated in the fourth quarter of FY20 (4QFY20) as the lender brought forward more provisions to FY20, “thus paving way for a cleaner recovery in FY21” where credit cost is expected to be lower year-on-year (y-o-y).

“While we see higher near-term earnings risk, we continue to advocate investors to focus on the eventual vaccine-induced recovery,” they added.

RHB analysts also shared that there will be sizeable provisions for non-loan-related assets, namely bonds and derivatives.

“Both impairments are specific to two different borrowers — an O&G borrower for CIMB’s bond exposure and another borrower (from a Covid-19 vulnerable sector) for the derivatives exposure. That said, management is of the view that these top-ups should be sufficient and no topping-up is required in FY21, barring the current situation further worsening significantly,” they added.

“Although trading at an attractive price point and its foreign shareholding level is at a decade low, CIMB is still a riskier investment proposition among large-sized banks given its less solid asset quality,” he noted in a report today.

“Overall, we kept our forecasts as the underlying operational trends in 4QFY20 were performing up to expectations; we can look forward to slight broadening in its net interest margin (NIM), muted loan growth and elevated net credit cost (NCC),” he added.

AmInvestment Bank analyst Kelvin Ong also maintained his "hold" call on the stock, with an unchanged TP of RM4.10.

He cited management as saying that CIMB's provisions would have stayed elevated in 4QFY20, contributed largely by additional provisions booked as management overlays and through changes to macroeconomic variables (MEVs) in overseas markets (Singapore, Indonesia and Thailand) and Malaysia.

He added that the group remained on track to reduce operating expenses by RM500 million in FY20 despite some increase quarter-on-quarter (q-o-q) in overheads in 4QFY20 from higher information technology, marketing and administration spending.