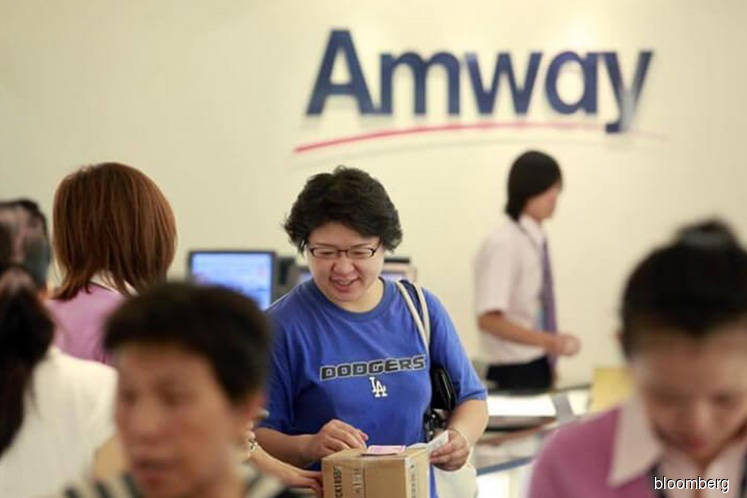 Y-o-y, its 1HFY19 net profit surged 89%, boosted by: i) stronger sales (+3%) due to positive Amway Business Owner (ABO) sales momentum and marketing plans for performance year 2019 as well as product buy-up ahead of price increases effective mid-March 2019 and mid-April 2019 (2% on average for all product ranges); ii) a lower effective tax rate of 25% (1HFY18: 27.4%); and iii) expansion in its profit before tax (PBT) margin by 3.5 percentage points (ppts) to 8.1% from 4.6% for 1HFY18 from a lower import cost primarily attributed to a favourable foreign exchange (forex) impact believed to be due to a better hedge rate with its principal at RM4 to a US dollar from the third quarter of 2018 (3Q18). Amway typically negotiates with its principal in 2Q and the new forex rate will be effective for inventories bought in 3Q.

Quarter-on-quarter, its net profit rose 74% for 2QFY19 despite a softer revenue (-7%) mainly due to: i) expansion in its PBT margin by 4.8ppts to 10.6% from 5.8% in 1Q19 due to lower bonus and sales incentives in line with lower sales and ABO qualification tracking; as well as ii) a lower effective tax rate of 24.5% (1QFY19: 25.9%). The lower sales were affected by the timing of buy-up activities in 1QFY19 ahead of the pricing hikes in mid-March and April.

Given the prolonged weakness in the US dollar-to-ringgit exchange rate, we believe Amway was on the unfavourable side during the hedging rate negotiations taken place earlier in April and May.

Note that Amway uses the Bloomberg one-year forward rate as its hedge rate base, which we believe was at RM4.17 to a US dollar and will be effective for its 3Q inventories. Nevertheless, we are positive on the group’s long-term focus on: i) managing effectively its operating cost to offset pressure on profitability; and ii) implementing various sales and marketing initiatives as well as ABO experience-related infrastructure to support the ABO.

We maintain “market perform” with an unchanged TP of RM5.90 based on 16 times FY20 earnings per share estimate (-2 standard deviation of its five-year historical mean price-earnings ratio).