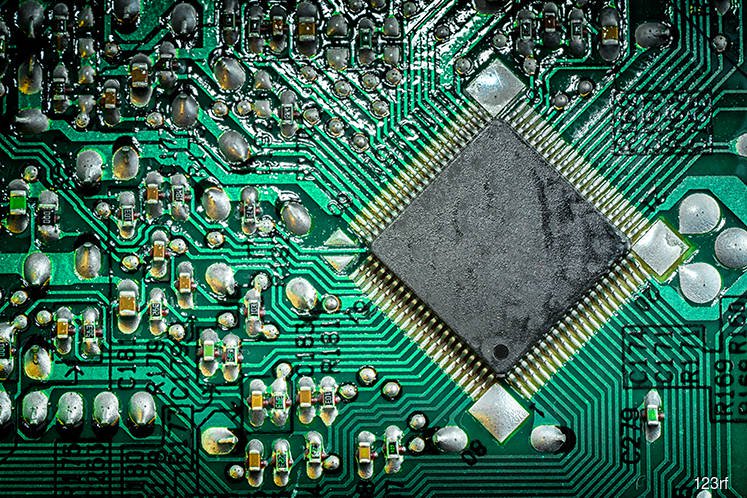 KUALA LUMPUR (Dec17): AmInvestment Bank has upgraded the electronics manufacturing services (EMS) sector to "overweight", and said it believed that the positive prospects of manufacturers tied to the production of general household products have been further boosted by the recent job wins and potential to secure additional customers/orders as opportunities arise from the US-China trade war on top of otherwise organic growth.

It said in the long term, both companies target their key customer to contribute around 40-50% of total group revenue to reduce customer concentration risk.

AmInvestment said ATA has managed to secure five new customers, namely Sagemcom, Schneider Electric, Swift Labs, ecobee and cricut, with the production for all the new customers slated to start in 2020.

"The combined revenue contribution from these customers is expected to be around RM150 million-RM200 million in the first year of production but we have maintained our forecast of financial year 2021 (FY21F) for ATA as we have already factored in the top-line growth, which was in line with guidance," it added.

AmInvestment also added that VSI has secured its agreement with Bissell in March 2019 and now has a 160,000 sq ft plant equipped with injection moulding facilities, assembly lines, a warehouse and a test lab for the new customer.

"The group started mass production for Bissell's first carpet cleaner model in September 2019 and has a total of five models confirmed with the other lines for Bissell ensuing once the first line's production stabilises.

"We have forecasted Bissell to contribute around 10-23% of VSI's earnings from FY20F to FY22F," it said.

On top of ATA's 14 lines for its key customer, the research house said the group has managed to secure an additional two projects in the pipeline, one for a floor care product, to commence production in April 2020, and the other is a light product, which commenced production in end-November 2019 albeit contributing a smaller portion of its key customer's products.

It said the fourth quarter of FY20 (4QFY20) is expected to be a key milestone for ATA's vertical integration efforts as its wire harness capability is scheduled for an audit with the key customer and is expected to start production in the same said quarter while its brush bar assembly is already in production as at end-November 2019 with plants to ramp up capacity and be fully self-sufficient by 4QFY20.

As for VSI, AmInvestment Bank said the group has been a known vertically-integrated player with tooling, plastic injection, PCBA and full-assembly capabilities giving the group an edge over peers who lack PCBA capabilities.

"However, we note that even SKP Resources [Bhd] ('unrated') has commenced production of PCBA in the first half of calendar year 2019 (1HCY19) as the EMS sector moves towards being vertically-integrated," it added.

The research house preferred ATA as its top pick due to its positive prospects arising from ATA being the purest proxy to the robust growth prospects of the group's key customer, ATA's move to become a vertically-integrated player, which will put it in a better position to secure orders and/or customers, and the group's three-year profit compound annual growth rate (CAGR) of 17% for FY19-FY22F, underpinned by its modular expansion strategy.

"We are also positive on its move to venture into production for Internet of Things-related (IoT) products through the securement of its five new customers," it said.