Alliance says it can go it alone 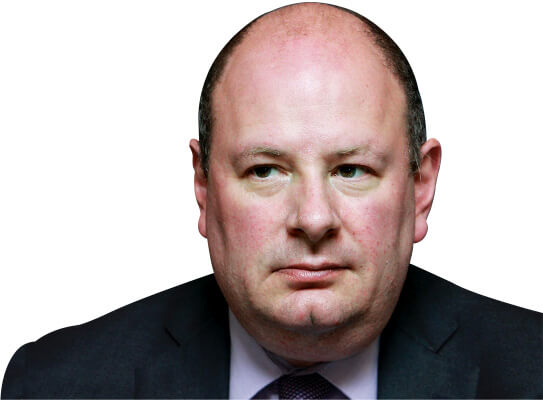 Kornreich: It’s too early for us to know the ongoing impact of MFRS 9, although we will do the best that we can to actually mitigate its impact. Photo by Shahrin Yahya

KUALA LUMPUR: Alliance Financial Group Bhd (AFG) can continue operating as a single entity due to its financial stability despite the consolidation taking place in the banking industry, said its chief executive officer Joel Kornreich.

“My philosophy is very simple: Let’s do the best job that we can [and] we definitely see the bank as completely sustainable the way that it is,” he told reporters after AFG’s annual and extraordinary general meetings yesterday.

Stressing that AFG can live as a single entity, he said: “If someone wants to marry us that happens when it happens, but we don’t want to speculate on that.”

“As far as we know, nobody is courting us [or] said anything about wanting to come in [and] takeover,” added AFG chairman Datuk Oh Chong Peng. “Nothing is in the pipeline as far as we know, but we don’t know what the shareholders are doing. They could have something at their level but we have no clue.”

There had been talk that AFG, which is the country’s smallest lender by assets being a merger and acquisition target, due to its size and recent shareholding changes.

Langkah Bahagia holds a 51% stake in Vertical Theme Sdn Bhd, which in turn controls a 29.06% stake in AFG and is its largest shareholder. Singapore’s state-controlled sovereign wealth fund Temasek Holdings, through its unit Duxton Investments Pte Ltd, holds the remaining 49% in Vertical Theme.

At yesterday’s extraordinary general meeting, AFG shareholders gave their nod for the proposed corporate reorganisation of AFG, whereby the listing status of AFG will be assumed by its wholly-owned core subsidiary, Alliance Bank Malaysia Bhd.

The exercise, which is pending approvals from Bursa Malaysia for the listing of Alliance Bank and the withdrawal of AFG’s listing status, as well as the sanction of the High Court, is expected to be completed in October.

On the imminent implementation of the Malaysian Financial Reporting Standard 9: Financial Instruments (MFRS 9), Kornreich said it is still too early to judge whether the move would increase credit costs for the bank.

“Our net credit costs in FY17 are higher than in FY16. It was a little under 25 basis points (bps) which is along the lines what we have guided.

“For FY18, we have guided [credit costs] of around 35bps, although FY18 will not be impacted by MFRS 9 as the implementation only starts on April 1, 2018 which is just after our financial year end.

“Like every other bank, [the group will make] a one-time adjustment in FY18 but we don’t anticipate this adjustment to be very large as we already have a 1.2% [of total loans] regulatory reserve that has been booked to buffer the impact,” said Kornreich.

“Having said this, it’s too early for us to know the ongoing impact of MFRS 9, although we will do the best that we can to actually mitigate its impact,” he added.

CIMB Research, on Monday’s banking sector note, said banks are expected to make additional provisioning for their existing loan portfolios on the first day of the adoption of MFRS 9.

However, the firm said that the provision will bypass the profit and loss statements, and the adjustments will only be made on the bank’s balance sheet.

“To top up the total provision, any shortfall will be taken possibly from the regulatory reserve if allowed by Bank Negara Malaysia, and retained earnings,” read CIMB Research’s note.

The firm noted that the adoption of MFRS 9, which will change the provisioning methodologies from incurred loss to expected loss, is expected to lead to higher credit costs for banks as they will have to make provisions for new loans upon adoption.

This differs from the current practice of banks, which is to only make provisions for those loans that have been classified as impaired, it added.