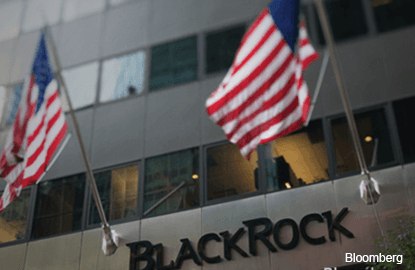 THE most anticipated property transaction next year is the sale of the final component within BlackRock Inc’s The Intermark integrated development in Jalan Tun Razak, Kuala Lumpur — Vista Tower, a Grade A office building.

Three of the four components within The Intermark were sold last year: Integra Tower to Kumpulan Wang Persaraan (Diperbadankan); Double Tree by Hilton to Royal Group; and the Intermark to Pavilion Real Estate Investment Trust.

Savills Malaysia’s Nabeel Hussain says the fund, which holds the asset, will have to dispose of the Vista Tower in 2017 as the life of the fund is coming to an end.

Knight Frank Malaysia’s Sarkunan Subramaniam points out that BlackRock will exit the country once its remaining asset is sold.

Another anticipated deal next year is the sale of three hotels owned by PJ Development Holdings Bhd (PJD), which was delisted last week. They are Swiss-Garden Beach Resort Kuantan in Pahang, Swiss-Inn Johor Baru in Johor, and Swiss-Inn Sungai Petani in Kedah, and could potentially fetch a total of RM200 million.

Meanwhile, two other deals in the Kuala Lumpur city centre which real estate agents would like see happen next year are an 1.81-acre piece of land in Jalan Raja Chulan, owned by Lee Rubber Co (Pte) Ltd, and a 7.4-acre parcel put up for sale by liquidators Deloitte Corporate Solutions Sdn Bhd.

At the same time, more news on property transactions linked to the government are expected in the coming year.

Earlier this year, the government also invited bids for two pieces of land near Damansara Heights — the Lembah Ledang and Bukit Ledang parcels, measuring 19.14 acres and 9.74 acres respectively. Despite offers, there has been no announcement of any bids. Based on the asking price, both parcels could fetch as much as RM1 billion.

The fate of two assets of the Quill Group of Companies — the sale of Quill 6 in Lebuh Ampang and the fate of Quill City Mall — is also highly anticipated. In the case of the latter, the Employees Provident Fund has stated that it may terminate its option to purchase. Quill Group is said to be looking at alternatives.

Sarkunan believes a new sale price may be set for the mall, while Foo questions whether it will be put up for sale should the EPF abort its option to purchase.