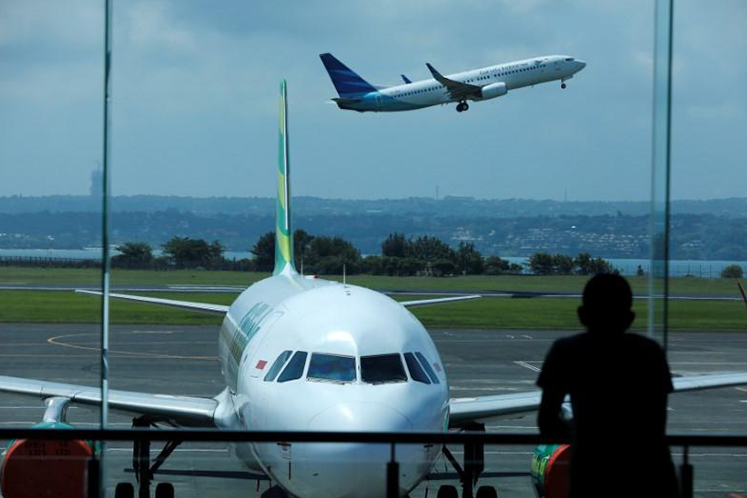 SYDNEY (March 24): As airlines idle thousands of aircraft for which there are no passengers, they are hitting an unprecedented problem: finding a place to park them.

Taxiways, maintenance hangars and even runways at major airports are being transformed into giant parking lots for more than 2,500 airliners, the biggest of which takes up about as much room as an eight-story building with a footprint 3/4 the size of an American football field.

The number of planes in storage has doubled to more than 5,000 since the start of the year, according to Cirium data, with more expected to be parked in the coming weeks as carriers like Australia's Qantas Airways Ltd and Singapore Airlines Ltd proceed with further announced cuts to flight schedules.

In Frankfurt, Germany's biggest airport is a ghost town of silent airliners. Its northwest landing runway, including taxiways and bridges, has been converted to an aircraft parking lot for Lufthansa, Condor and other airlines. Lufthansa's Swiss has rented parking spots at a military airport close to Zurich.

Similar crowds of planes are parked at other major airports, including Hong Kong, Seoul, Berlin and Vienna as well as traditional desert parking lots in Victorville, California, and Marana, Arizona, according to data from flight tracking website FlightRadar24.

In Manila, some Philippines Airlines jets are parked in the Lufthansa Technik Philippines hangar, an airline official said.

Even some smaller airports have been converted to parking lots. Avalon Airport west of Melbourne expects to take 50 planes from Qantas and its low-cost offshoot, Jetstar, according to the airport's chief executive, Justin Giddings.

"It is sad for everyone, the whole industry," he told Reuters of the groundings, which have led Qantas to put 20,000 staff members on leave.

Qantas is sending 30 engineers to Avalon help maintain the planes so they can re-enter service in three to seven days when demand returns, according to a source with knowledge of the matter. The carrier is also parking about 100 other aircraft at major airports around Australia and its five ageing 747s at a desert storage facility in Alice Springs, the source said.

Asia Pacific Aircraft Storage (APAS) in Alice Springs is also home to SilkAir and Fiji Airways 737 MAX jets as part of a year-long global grounding that has placed further pressure on the ability to find spots to put other jets.

"Things are extremely busy," APAS managing director Tom Vincent said. "There are further aircraft deliveries this week and into the coming weeks."

Some airports, such as Melbourne and Brisbane, said they are providing parking for free. Brisbane Airport said that some international airlines had expressed interest in using its facilities, which can house up to 101 planes, but that no deals had yet been reached. Qantas and Virgin Australia Holdings Ltd will use some of the Brisbane spots.

Cathay Pacific Airways Ltd, one of the first and hardest hit by the coronavirus, has been using remote bays, taxiways and other operational areas at Hong Kong International Airport.

In the US, United Airlines Holdings Inc and American Airlines Group Inc said they are parking planes at maintenance facilities for now, while Delta Air Lines Inc said it was still looking into the issue.

FlightRadar24 data showed Delta had moved a dozen planes to Marana in mid-March and even more to Victorville over the last week.