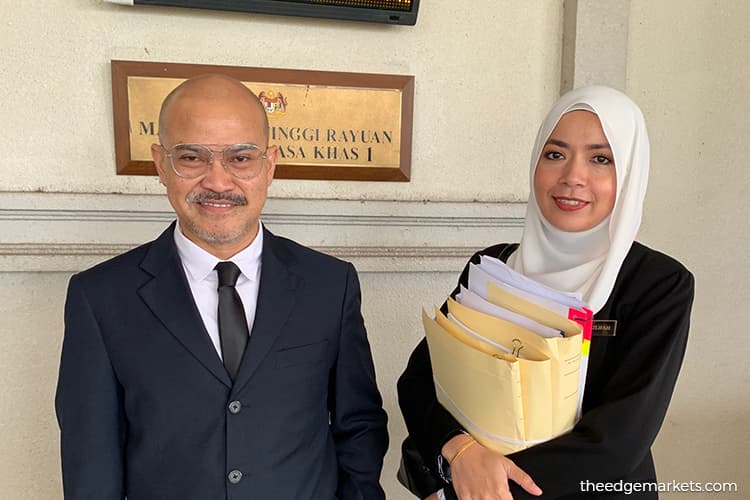 Senior federal counsels Shamsul Bolhassan and Mazlifah Ayob, who represent the Attorney-General's Chambers (AGC), told theedgemarkets.com that High Court Judge Datuk Nordin Hassan had dismissed the application for leave for a judicial review by AirAsia in chambers today, with no order as to costs.

Under Order 53 rule 2(4) of Rules of Court 2012, the first issue is to ascertain whether there is any decision was made, they said.

Shamsul said the High Court agreed with the AGC that Mavcom has not decided on the MAHB-AirAsia dispute but has merely deferred the decision.

"Thus, this does not amount to a decision that renders AirAsia adversely affected or aggrieved and therefore entitled the budget airline to make the (judicial review) application," he explained.

In addition, the High Court also agreed with the AGC that there is a multiplicity of proceedings with the judicial review application, given that the same subject matter is being litigated before another Civil Court and will shortly be decided upon, Mazlifah added.

The AGC had opposed to the leave application by AirAsia on June 14.

In the application, AirAsia sought a certiorari order to quash Mavcom's decision not to rule on the budget airline's dispute with MAHB, and a mandamus order to compel the commission to decide on the dispute.

AirAsia maintained that Mavcom has a statutory duty to mediate the dispute and has erred in law by its refusal to do so. Under section 74 and 75 of Mavcom Act 2015, Mavcom will have to decide on a dispute between aviation service providers if mediation fails after a specified time frame.

The civil suit in question arose in December last year after MAHB claimed uncollected airport taxes from AirAsia Group and AAX amounting to RM36.12 million. The next hearing is scheduled on July 4 before High Court Judge Datuk Azimah Omar.

Anand said he will seek his clients' instruction as to whether they want to appeal against the High Court decision.