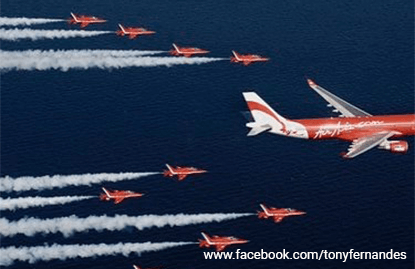 Back in November 2014, AAX had said it was looking to revive flights to London as early as 2015. The airline had suspended all flights to Europe, including London and Paris, in March 2012, due to high operating costs. It had launched the service between Kuala Lumpur and London in March 2009.

Fernandes, who is prolific on social media, had tweeted then that "the reopening of KL-London is definitely on the cards".

"KL-London (route) is the most wanted route for AAX and we will deliver it, I am quite sure," he added.

AAX shares closed one sen or 2.63% higher at 39 sen today, giving it a market capitalisation of RM1.62 billion.