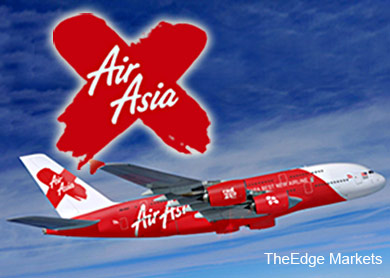 This is AirAsia X's fourth quarterly loss since 4QFY13.

Revenue per available seat-kilometer decreased to 9.5 sen, from 11.25 sen.

Despite reporting net losses, the firm said it remained positive on its outlook.

"The company expects its prospects to remain positive — barring any unforeseen external circumstances, including but not limited to terrorists attacks, natural disasters, epidemics, economic downturns, fuel price hikes, and fluctuations in foreign currencies against the ringgit".