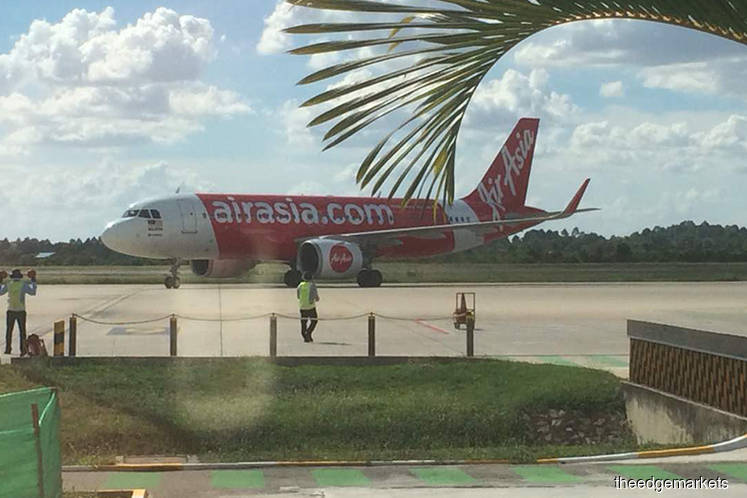 This will be carried out via the sale of AirAsia Group's entire equity interest in Merah Aviation Asset Holding Ltd, held by the group’s indirect wholly-owned subsidiary Asia Aviation Capital Ltd (AACL), to AS Air Lease Holdings 5T DAC, an entity indirectly controlled by Castlelake.

“In addition to the sale of shares of Merah Aviation, Castlelake will also purchase from AACL, a total of four new aircraft to be delivered in 2019,” the group said in a statement.

The purchase consideration for the four planes will be determined at a later date, depending on the final date of delivery and price escalation adjustments of each aircraft, it added.

“The 25 existing aircraft (A320-200ceo and A320neo) under Merah Aviation, as well as the four new aircraft to be delivered (A320-200ceo), will be leased back to AirAsia Bhd and/or its affiliates,” AirAsia Group said.

“This transaction is part of AirAsia’s ongoing transformation into something more than an airline,” AirAsia Group CEO Tan Sri Tony Fernandes said in the statement.

“As we move towards becoming a travel technology company, the disposal of these aircraft will not only unlock significant value but also bring us closer to our goal of being a truly digital company.

“Years ago, many analysts criticised us for having high gearing and owning assets. Now many understand why we did that. In a few years, our digital strategy will be understood as well,” he added.

“Since its inception in 2005, Castlelake has invested in and managed more than 500 aircraft on behalf of its funds. With the closing of this transaction, Castlelake’s current fleet will comprise more than 250 aircraft,” it said.

In March, AirAsia announced a deal to sell AACL to entities managed by aircraft investor BBAM Ltd Partnership for US$1.18 billion.