AirAsia says it aims to raise RM2.4 billion via debts and equity 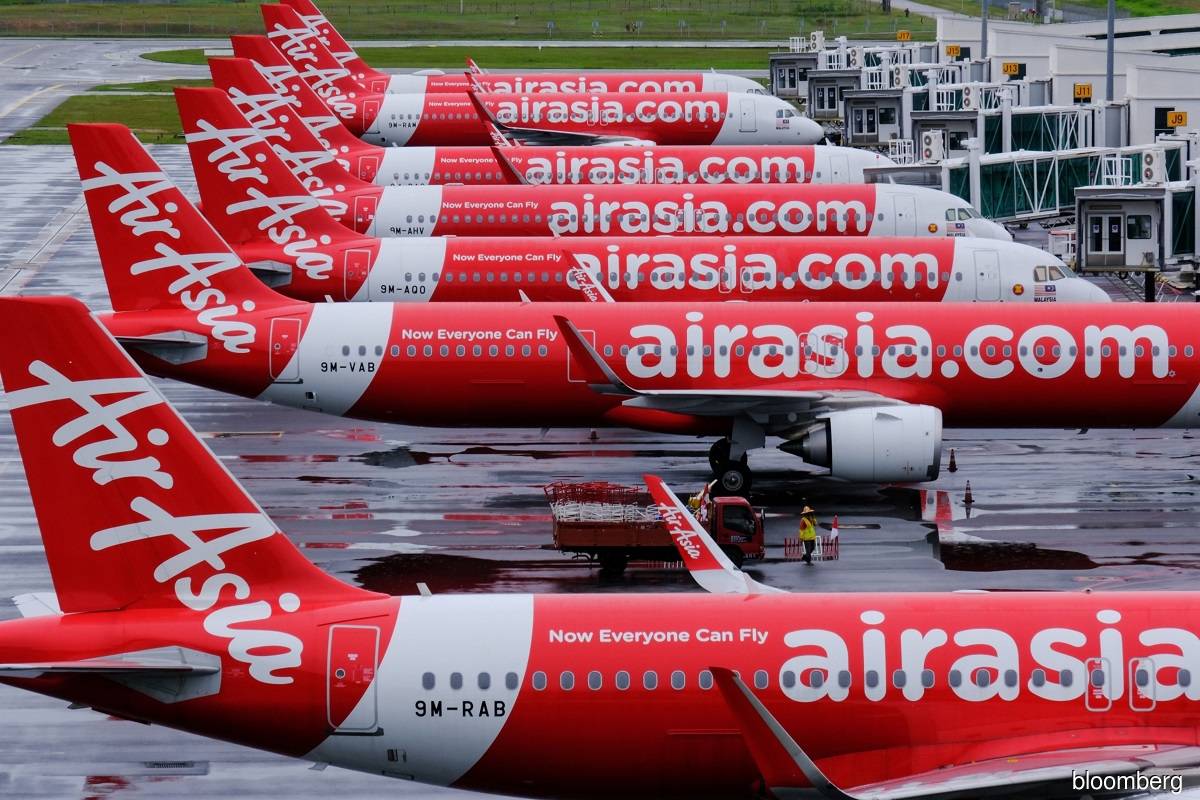 The airline reveals that certain "financial institutions in Malaysia have indicated the willingness to support it and grant up to RM1 billion in funding.

AirAsia, which triggered the prescribed criteria of Practice Note 17 status, said that it would source up to RM1 billion from financial institutions while raising the remaining RM1.4 billion from equity.

"The group and the company plan to raise capital of up to RM1.4 billion as and when required to strengthen its equity base and liquidity and expect the successful implementation on these capital raising plans," said the no-frills carrier, whose external auditors issued an unqualified audit opinion flagging AirAsia's ability to continue as a going concern in view of the adverse impact of the Covid-19 pandemic.

In its explanation note to the audited accounts for the financial year ended Dec 31, 2019 (FY19), AirAsia revealed that certain "financial institutions in Malaysia have indicated the willingness to support it and grant up to RM1 billion in funding".

AirAsia pointed out the outcome of clinching a loan under the Danajamin PRIHATIN Guarantee Scheme (DPGS) is favourable.

However, investment analysts are concerned AirAsia is likely to face headwinds in getting bank loans given the dim outlook of the airline industry, at least for the next 12 months.

Analysts expect the budget carrier to be able to obtain a RM500 million loan from Danajamin. Some view that any debt that AirAsia takes on is contingent on it being able to secure the loan under DPGS. It is worth noting that AirAsia does not have many tangible assets for loan collateral and that may make it harder for it to borrow.

"I don't think that banks would be keen right now to grant a loan to AirAsia," said an aviation analyst who declined to be named.

He does not rule out the likelihood of AirAsia undertaking a rights issue to recapitalise its balance sheet, in which shareholders' equity was only 37% of its share capital (excluding treasury shares) as at March 31.

However, the analyst added that unless the government is lending some form of support, for instance involvement of a government-linked company, otherwise it might be difficult for the cash call to succeed. In short, there have to be underwriters with deep pockets.

In a note to clients, AmInvestment Bank Research said that AirAsia may not be in the most favourable position when it comes to negotiations with potential new investors. It added that given its depressed share price, a rights issue or private placement could be highly dilutive to existing shareholders.

As of March 31, 2020, AirAsia had a net cash position of RM1.1 billion, but its cash burn rate is fast as most of its aircraft are grounded due to travelling restrictions.

A fund manager, who spoke on the condition of anonymity, commented that the measures detailed in note to the audited accounts is a huge capital raising exercise.

"Even if things go back to normal conditions post Covid-19, AirAsia must convince investors and bankers of its ability to generate profit and cash to justify the earnings capability with increased gearing and big capital base," he noted.

Share placement could be another option for AirAsia. Indeed, the airline just did a massive placement to its controlling shareholders Tan Sri Tony Fernandes and Datuk Kamarudin Meranun about two years ago.

Nonetheless, analysts noted that if a third party or "white knight" comes in to save the day, this would usually entail some management control as well. It is yet to be seen if co-founder Fernandes is willing to let others run the carrier.

In its first-quarter FY20 results, AirAsia said that it was looking to rope in third parties for joint ventures and collaborations that might result in additional investments in specific segments of its business.

Last month, it was reported that the budget airline was in discussions with South Korean conglomerate SK Corp for the latter to be placed up to a 10% stake at RM1 per share, resulting in AirAsia raising RM334.2 million.