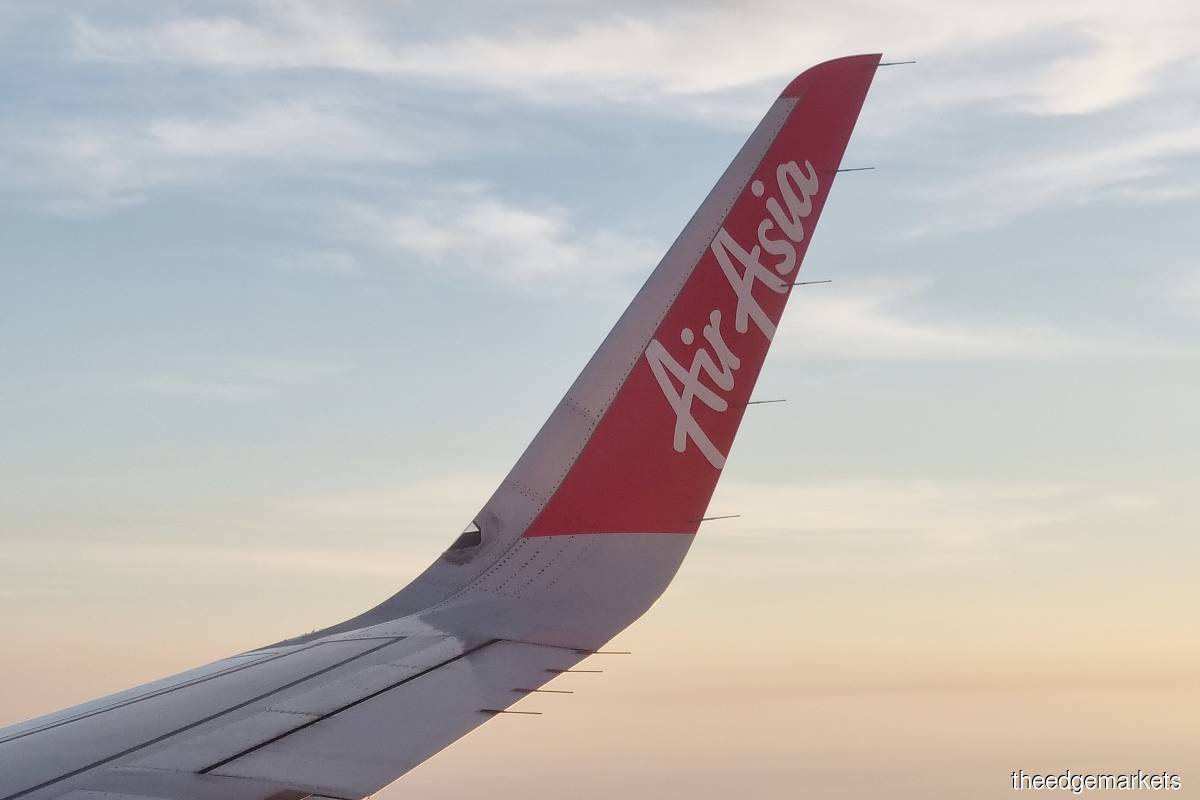 KUALA LUMPUR (March 23): AirAsia Aviation Group Ltd (AAAGL), the airline holding company under Capital A Bhd, announced Wednesday (March 23) the formation of a new board of directors along with four fresh appointments.

The appointment follows its recent announcement of Tan Sri Jamaludin Ibrahim as its independent non-executive chairman.

In a statement, AAAGL said the setting up of the new board is among the first few initiatives to reflect the company’s commitment to deliver a new strategic direction for growth and gold standard corporate governance.

“I’m very thrilled to announce the board members of AAAGL today. Each and every one of them has been carefully selected following due diligence to ensure we have the right mix of experience, talent, gender and culture to bolster the capabilities of AAAGL moving forward. This is only the initial set up as we plan to add a few more members to complete the team which we will announce in due course,” said Jamaludin.

According to AAAGL, Charoenying  is regarded as one of the top investment bankers in the region with more than 35 years of experience in the Thai capital market, including 23 years in investment banking, six years in asset and fund management and six years as a lending officer with several leading financial institutions in Thailand.

She still serves in the office of the Securities Exchange Commission of Thailand and also in the Stock Exchange of Thailand on the Sub-Committee of Thailand Sustainability Investment Committee.

Meanwhile, Lim joined Singapore Technologies Aerospace Ltd (ST Aerospace) group’s aerospace business in 1984. He had held various senior management appointments over the years, and was president of the aerospace sector from 2014 to 2020.

He has been instrumental in the continued global growth of the aerospace sector, including strategically moving the sector into original equipment manufacturing of aircraft engine nacelle systems and composite floor panels, as well as further expansion of ST Aerospace’s passenger-to-freighter conversion capabilities. He is also the former chief operating officer of Singapore Tech Engineering Ltd, said AAAGL.

As for Ed. Lim, he specialises in both corporate law and litigation and is highly regarded for delivering industry leading strategic corporate advice. He spearheaded the teams which handled some of the largest capital market-related transactions in the Philippines.

Ed. Lim was admitted to the Philippine Bar in 1981 and is a member of the Cagayan Chapter of the Integrated Bar of the Philippines. He served as president and chief executive officer of the Philippine Stock Exchange (PSE) from 2004 to 2010. He also served as the co-chairperson of the rules on e-commerce and notaries public sub-committees of the supreme court.

Norza, on the other hand, is a Malaysian Chartered Accountant and a fellow of CPA Australia. He champions sports in Malaysia and nurtures national athletes through his posts as the president of the Olympic Council of Malaysia and Badminton Association of Malaysia.

“As well as leveraging the upcoming air travel revival in tandem with the reopening of international borders, the group is also excited about the future of our associated portfolio companies which are focused on growth both within the Capital A group ecosystem and beyond, by setting up new partnerships and ventures across Asean,” said Jamaludin.

According to the statement, the airline consulting arm, AirAsia Consulting, has already secured its first third-party airline partnership.

Meanwhile, AAAGL said its food and beverage restaurant division, Santan, as well as its shared services corporate division AirAsia SEA will both continue to grow in line with stronger consumer demand for travel.

It also said that ground services joint venture, GTR, is progressing discussions to service not only AirAsia flights as they return to the skies, but also other airlines across the region.

“Except for Bo Lingam, the group chief executive officer [CEO] of AAAGL, the board is made up of independent directors, each being a leader in their respective fields, and, bringing a wealth and diversity of experience from various business and geographical backgrounds to steer our group to a new chapter of recovery, growth and governance.

“It’s an opportune time to have our board separate from the Capital A board, as we work on a new governance structure to support our new plans for the future,” said Jamaludin.

“This is indeed a beginning of a new chapter for us as we recover from the pandemic and simultaneously chart a new growth trajectory. I look forward to working with all of our new board members to drive one of Asia’s leading airline brands and associated portfolio businesses to become industry leaders in each of their respective fields,” he said.