AIMS Group: 2016 to be a slow year for data centre industry 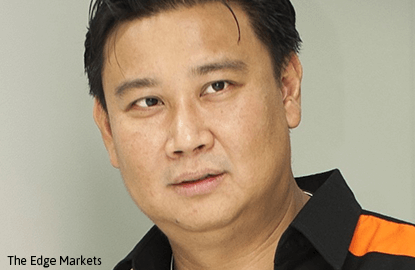 KUALA LUMPUR (Dec 28): The AIMS Group, a carrier neutral data centre operator and managed services provider in Malaysia and Southeast Asia, expects 2016 to be a slow year for the data centre industry due to market consolidation and current market sentiments.

"This year we saw Patimas, Teliti and Jaring go into liquidation, exposing their customers to significant operational risk and being forced to migrate their infrastructure to alternative service providers," he said in a statement today.

He added that the oversupply of space has caused an imbalance, resulting in data centre players going into a price war to attract customers.

"Depressed price levels have driven out some of the players to shut down their operations, and I believe we will see similar situations arise in 2016," said Chiew.

Chiew said for the AIMS Group, however, 2015 was one of its best years, driven by a stronger presence of multinational companies, banking, financial services and insurance and enterprise customers this year.

"We are expecting to end the year with a strong double-digit growth. Our data centre space located at Menara AIMS (here) is currently almost fully utilised and we are approximately 85% full in Cyberjaya.

In April this year, AIMS was appointed by Multimedia Development Corporation (MDeC) through an open tender to lead the "Inter-Data Centre (DC) Network Initiative".

"The inter-DC Network Initiative will be a game changer in reducing operation costs for data centres and we applaud MDeC for initiating the project, at the same time we hope to work very closely with the Performance Management Delivery Unit, MDeC and relevant agencies to look at potential solutions to lower the cost of power for industry such as co-generation and adoption of energy efficient best practices," said Chiew.

He added that the initiative is aimed at mitigating the high cost of bandwidth faced by Malaysian data centres by deploying the ultra-broadband backbone network interconnecting participating data centres within Cyberjaya.

"It will also be able to reduce the bandwidth cost by at least four times compared to the market rate," said Chiew.

In addition to that, AIMS' strong financial resilience backed by its experienced and skilled resources helped in securing Jaring's data centre and network related customer assets in July.

In 2016, AIMS will continue its regional expansion to cater to demands in the emerging markets in Southeast Asia.

"Over the year, the industry has benefited from the various trade missions, certifications and trading grants given by MDeC, and we hope they will continue to render their support to the industry in our united goal to make Malaysia the data centre hub of the region," said Chiew.