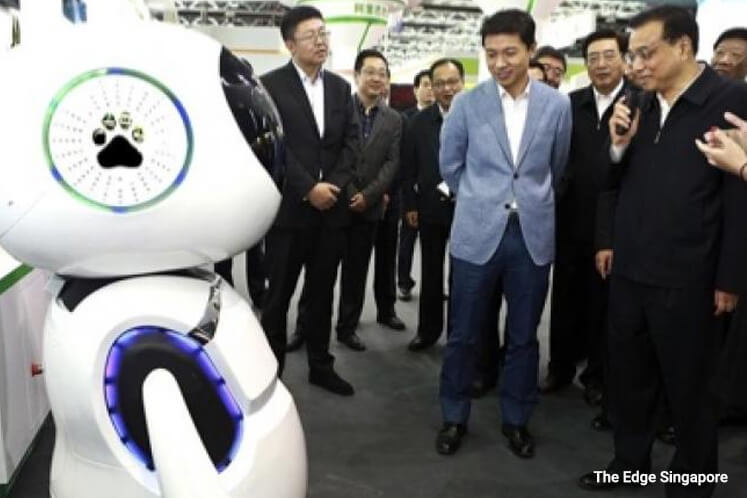 SINGAPORE (June 27): New research is putting to bed any doubt that machines are poised to take over the world. Or the business world, at least.

Artificial intelligence (AI) will contribute some US$15.7 trillion (S$21.8 trillion) to the global economy in 2030, according to PwC in a report released Tuesday.

Titled Sizing the prize, the research points to a 14% rise in global GDP as a result of AI, making it the biggest commercial opportunity in today’s fast changing economy.

“The analysis highlights how the value of AI enhancing and augmenting what enterprises can do is large, if not larger than automation,” says Anand Rao, PwC’s global leader of artificial intelligence. “It demonstrates how big a game changer AI is likely to be – transforming our lives as individuals, enterprises and as a society.”

The main driver in economic gains from AI is expected to come from labour productivity improvements. In addition, AI-enabled product enhancements are also expected to spur increased consumer demand.

According to PwC, China and North America are likely to be the biggest winners from AI-led GDP growth, with economic gains in 2030 up 26% and 14.5% respectively.

North America’s readiness for AI and higher proportion of jobs that are susceptible to replacement by more-productive technologies will see it take an initial lead in productivity gains.

But PwC says China will begin to pull ahead of the US’s AI productivity gains in 10 years, after it catches up on a slower build up to the technology and expertise needed.

“No sector or business is in any way immune from the impact of AI. The impact on productivity alone could be competitively transformational and even disruptive. Businesses that fail to apply AI, could quickly find themselves being undercut on turnaround times as well as costs and experience, and may lose a significant amount of their market share as a result,” says Gerard Verweij, PwC’s global data & analytics leader.

“The big challenge is how to secure the right talent, technology and access to data to make the most of this opportunity,” he adds.

Overall, the biggest absolute sector gains will be in retail, financial services, and healthcare as AI increases productivity, product value and consumption.

Meanwhile, developing countries including Latin America and Africa will experience more modest increases of less than 6% of GDP due to the much lower rates of adoption of AI technologies expected.

Against this backdrop, it comes as no surprise that Singapore is positioning itself as a hub for innovation.

Already, some S$19 billion in government funds has been earmarked for science and technology development over five years.

In its push towards becoming a “Smart Nation”, where new technologies and methods are deployed to develop and support enhanced ways of urban living, Singapore ranked top in the region in the latest Global Innovation Index, ahead of South Korea and Japan.

Globally, the ranking is led by Switzerland, which keeps its top spot and is followed by the Scandinavian countries, the US and the UK.

Singapore is ranked seventh in the world, down from sixth place last year.

(See: Innovation not about high-tech gadgetry but about solving everyday problems)