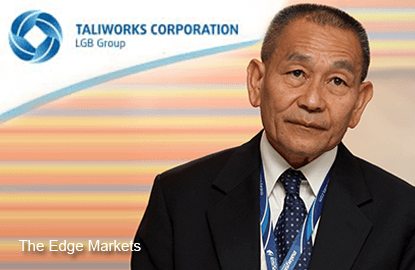 In 1994, he joined Malakoff Bhd and retired from the company in 2010. He was appointed group CEO of MAS on Sept 19, 2011, and resigned in April this year. He remains as a director of MAS.

Raja Zaharaton has served the government in various capacities for 34 years from 1971 to 2005. Principally, her main tasks have been policy analysis and financial evaluation. Her last post in the government was as director-general of the Economic Planning Unit.

In a statement yesterday, Taliworks executive director Lim Yew Boon said its business strategy of streamlining its operations while seeking out new stable recurring revenue streams in the infrastructure space is on track, as demonstrated by the increased profitability it has recorded thus far in 2015.

"With the recent addition of our second toll concession as well as the steady progress of our existing projects, we are optimistic about delivering on our growth blueprint," he added.

In a separate announcement yesterday, Taliworks declared a second interim dividend of five sen per share for the financial year ending Dec 31, 2015, payable on July 31.