King appoints Muhyiddin as caretaker PM, no polls for now 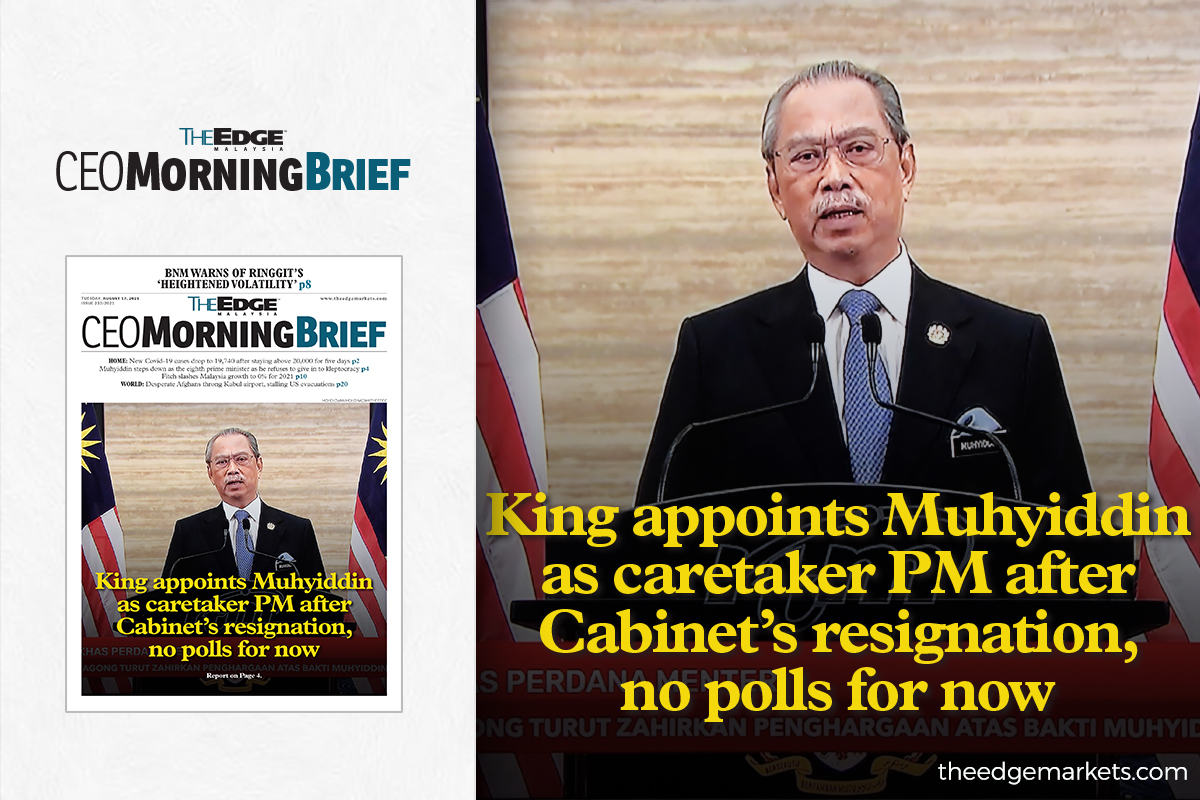 The King received the resignation letter of Muhyiddin and the entire Cabinet members during a meeting at 12.30pm this afternoon, according to a statement from Istana Negara.

This follows a meeting between the King and the chief secretary to the government, the Attorney-General and the chairman of the Election Commission (EC) at 11am.

“Consequent to the resignation, Seri Paduka Baginda consented for Tan Sri Mahiadddin Md Yasin (Muhyiddin) to perform his duties as the caretaker prime minister until a new prime minister is elected,” the statement said.

This, the statement added, is in line with Section 40(2)(a) of the Federal Constitution, which underlines that the King must appoint a Member of Parliament (MP) which, in his view, has the majority support of MPs as the new prime minister to chair the Cabinet ministers.

“As the main leader of the nation (Ketua Utama Negara), Seri Paduka Baginda understands and respects the nation’s legal system and processes, and also respects whatever decision made by Tan Sri Mahiaddin Md Yasin based on the supremacy of the Federal Constitution and the rule of law.

However, the statement did not reveal any timeline of the appointment of the 9th prime minster.

The statement added that EC chairman Datuk Abdul Ghani Salleh had notified that as of Aug 11, 484 state assemblies of 79% of the total 613 state assemblies in the nation were still Covid-19 red zones.

“Seri Paduka Baginda is also aware that the nation’s healthcare facilities are still in a worrying state.

“As such, in his view, holding the 15th general election (GE15) is not the best option for now considering the challenges faced by the rakyat and their safety,” the statement said.

“Seri Paduka Baginda expressed hope that the political conundrum, which has continued endlessly and affected the nation’s management, can be ended for the sake of the rakyat and the nation’s economy which has been threatened by the Covid-19 pandemic,” the statement said.

Read also:
Muhyiddin steps down as Malaysia’s eighth prime minister
I will carry out duties of caretaker PM to help the country, says Muhyiddin