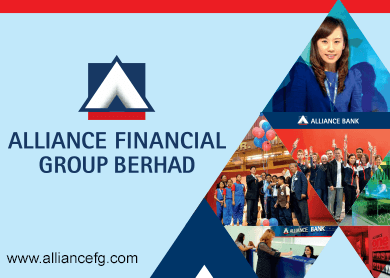 Looking ahead, Alliance said it will continue to leverage on its franchise strength to deliver sustainable profitability and to fulfil the financial needs of the business owners, their employees and their customers

“In this regard, the group will continue with its investments in brand building, human capital and infrastructure, as well as initiatives to re-engineer operations and expand delivery channels to enhance customer service,” it said in a statement.

The group will continue to capitalise on its strength in the small and medium enterprise segment, as well as transactional and business banking to generate sustainable revenue growth. It will also centre its consumer banking around wealth management, cards and unsecured lending.