Advancing with a strong, tested formula 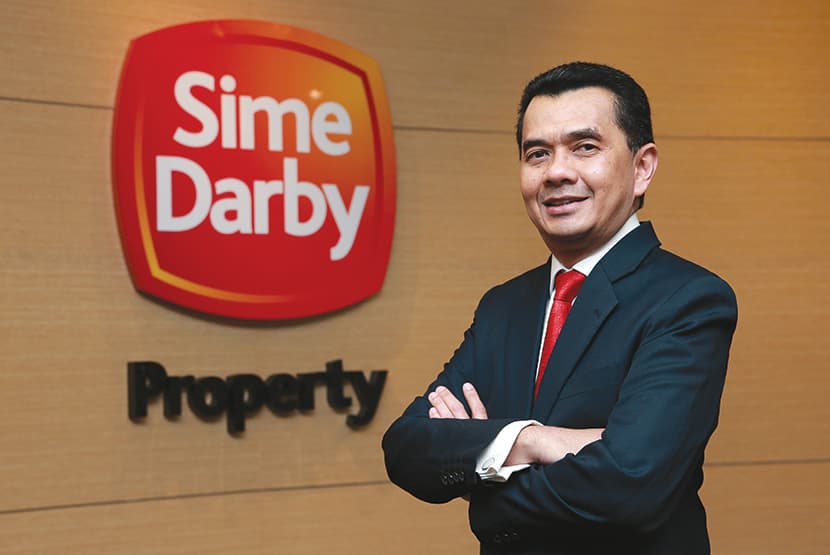 Our focus will continue to be on affordable and mid-range properties [of below RM800,000 per unit] targeted at first-time homebuyers.” — Amrin Mohd Shahrin Yahya / The Edge 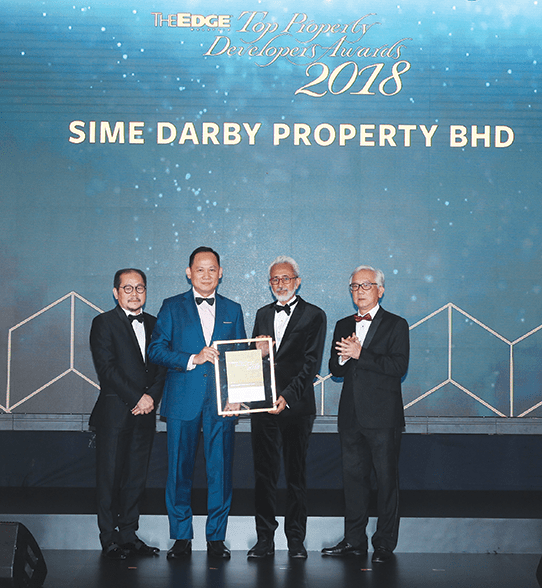 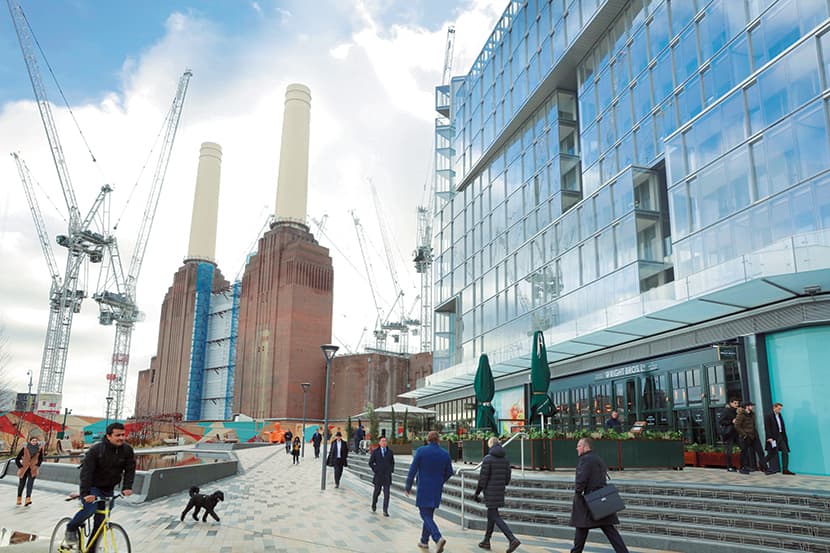 On the international front, SDP is currently focusing only on Battersea Power Station Picture by Sime Darby Property 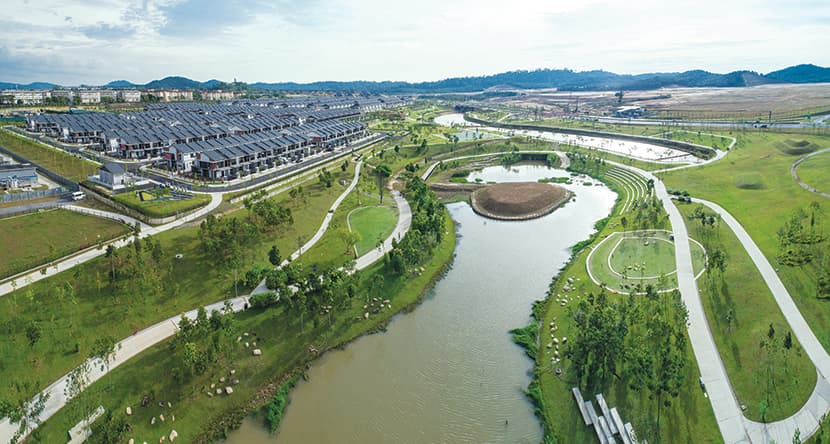 To date, SDP has about 20,572 acres of land bank that is estimated at RM89.3 billion Picture by Sime Darby Property 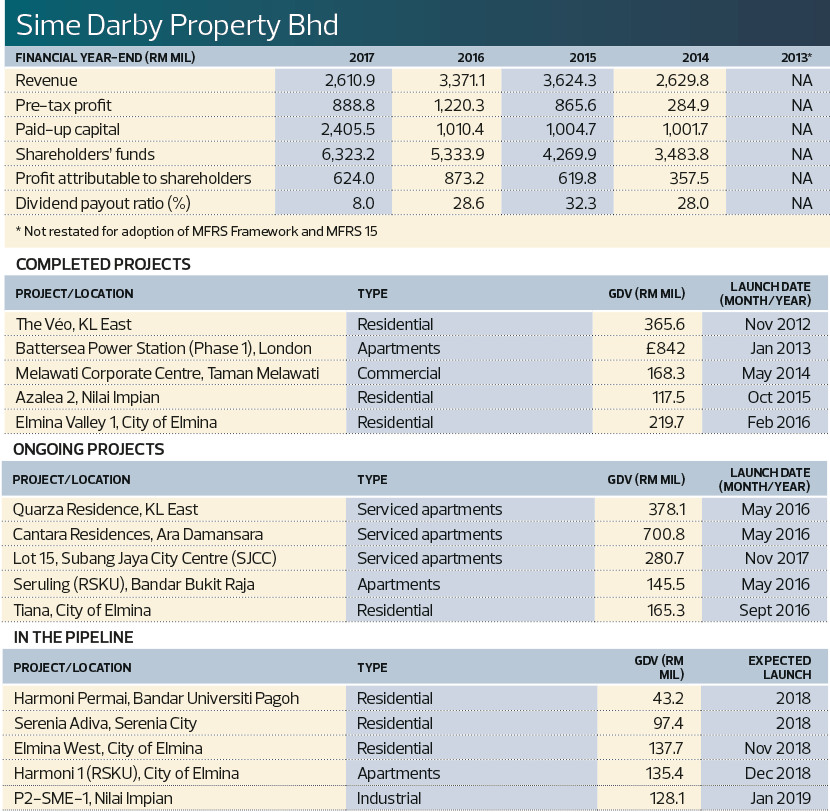 The local property market has had some ups and downs over the past few years, with companies adopting different plans to stay afloat. Nevertheless, renowned developer Sime Darby Property Bhd (SDP) aims to move forward with a tried-and-tested plan, following the old adage “if it ain’t broke, don’t fix it”.

“Our focus will continue to be on affordable and mid-range properties [of below RM800,000 per unit] targeted at first-time homebuyers, with an emphasis on cost effectiveness, innovation, customer centricity, quality and sustainability,” SDP managing director Datuk Seri Amrin Awaluddin says in an email interview.

The plan appears to be working as the developer has secured a place in the top ranks of The Edge Malaysia Top Property Developers Awards 2018. “We find that demand is still firm for affordably priced products, especially landed properties in strategic locations,” adds Amrin, who took on his current role in September last year.

Formed in 2007, SDP is recognised as having pioneered mega-townships, master planning and infrastructure. The developer has 23 townships and developments, including Subang Jaya, Ara Damansara, USJ Heights, Putra Heights, Bukit Jelutong, City of Elmina, KL East and Bandar Ainsdale. On the international front, SDP, together with the Employees Provident Fund and S P Setia Bhd, are developing the 42-acre multibillion-ringgit Battersea Power Station project in central London.

“All of SDP’s wholly-owned developments are in Malaysia, while Battersea is our only international property development project. At this juncture, SDP will be focusing its international efforts on Battersea, given the scale of the project, which is slated to be completed by 2028. That being said, SDP is open to opportunities and strategic partnerships abroad,” says Amrin.

Last year, Sime Darby Bhd underwent a demerger to allow three of its entities — Sime Darby Bhd, Sime Darby Plantation Bhd and Sime Darby Property — to focus on their respective businesses. On July 28 last year, it was announced that Amrin would take up the reins in the property division and subsequently, SDP was listed on Bursa Malaysia in November.

“Our strategy is to keep abreast of current marketing trends and to focus on being innovative with our product offerings and in running our operations more efficiently,” asserts Amrin.

SDP has 20,572 acres of developable land in Malaysia, Singapore and the UK, with a total estimated gross development value (GDV) of RM89.3 billion.

Below, Amrin tells City & Country about SDP’s strategies, how it plans to overcome challenges and its upcoming and affordable launches.

Datuk Seri Amrin Awaluddin: Despite the soft property market, we closed FY2018 (July 2017 to June 2018) with an improved set of numbers. We registered revenue of RM2.353 billion and PBIT of RM682.5 million. Our total sales stood at 3,045 units, with a net sales value of RM2.249 billion. From the total, 89.5% of sales were from products located in Selangor.

We find that demand is still firm for affordably priced products, especially landed properties in strategic locations, particularly Elmina East, Elmina West, Serenia City and Bandar Bukit Raja. We are also well positioned for growth in the industrial property market given the rising demand for logistic facilities, driven by new technologies and the growth of e-commerce.

What are some of the challenges that SDP has encountered? How does the company plan to overcome them?

SDP is aware of the challenges facing the industry, particularly the affordability of housing for the B40 group, oversupply in high-rise products, tightening of financial requirements and, not forgetting, uncertainty surrounding affordable housing policies.

We have identified areas and issues that are, and will be most material to our continued business success over the next three to five years. We have mapped out our response to the current and future challenges in our strategic blueprint and value creation plans. A new five-year blueprint with strategic priorities and initiatives has been developed to maximise shareholder value. We intend to do this by enhancing our organisational capability, innovation, operational and cost efficiencies, and also by strengthening our fundamentals.

Which of SDP’s product segments is the best-performing in FY2018?

Our newly launched products in FY2018 saw strong take-up rates that reflected high demand for residential products, especially for affordable to mid-range landed properties and commercial products. The following are some of the examples of the good response we have received:

•     Elmina Green (Phase 1), comprising 187 two-storey link houses in the City of Elmina, recorded a take-up of 70% during its weekend launch.

•     Semanea Hills’ super-link houses in Denai Alam has seen a take-up of 90% while 73% of the semi-detached units were sold within a week.

•     Azira in Bandar Bukit Raja, with 111 two-storey link houses, recorded a take-up of over 70% during its weekend launch.

•     3 Avenue in Bandar Bukit Raja, with 2-storey shoplots and 2-storey semi-detached commercial units, saw a take-up of 80% within a week of its launch.

Which product segment will you be focusing on in the coming financial year (FY2019)?

We will focus on affordable to mid-range landed properties as demand remains strong. We are determined to meet the market needs by delivering the right product at the right price while ensuring operational efficiency from product design to the handover stage.

We also plan to focus on landed properties in the key townships of City of Elmina, Bandar Universiti Pagoh, Bandar Bukit Raja and Serenia City. In addition to residential launches, we will be focusing on our pipeline of industrial products, particularly built-to-suit facilities, to cater for the growing demand for logistic and warehouse facilities.

What is SDP’s latest land bank, and the respective GDV? Does the group plan to acquire more land?

SDP has about 20,572 acres of developable land, with access to an additional 8,796 acres via the Malaysia Vision Valley (MVV) option agreements and 11,806 acres under the land option agreements with Sime Darby Plantation.

The total GDV of the remaining developable land of 20,572 acres is estimated at RM89.3 billion. As part of our overall land bank management strategy, SDP is open to potential purchases of land that can be developed to meet market demand.

Please share with us some updates on SDP’s ongoing and upcoming projects, locally and internationally.

On the international front, SDP is currently focusing only on Battersea Power Station. The project continues to make excellent progress in terms of residential sales and commercial leasing. Nearly all of the houses in Phase 1 of Circus West have been handed over to purchasers.

A total of 92% of the 253 residential units launched in Phase 2 have been sold, while Apple’s new London campus occupies 50% of the commercial space in the Power Station. Almost all of the available commercial space in Phase 1 and all office space in the Power Station of Phase 2 have been taken up by business tenants. The restaurants have also reported figures well beyond their targets, as Battersea Power Station welcomed over 1.3 million visitors at the Circus West Village in the first 12 months of its opening.

The Electric Boulevard (Phase 3) will provide over 1,000 new houses and 50 new shops, restaurants and cafés. There will also be a 160-room hotel, community hub and health centre. The Boulevard will connect local communities to the Power Station, creating a new shopping destination for London.

In February this year, Battersea Power Station and Peabody entered into a strategic partnership to deliver 386 affordable houses at Phase 4a of the development. A new NHS healthcare centre and central garden with a play area will be available, along with a business incubator work space and retail units to support local enterprises.

Next year, we plan to launch a detached factory with a GDV of RM128.1 million in Nilai Impian.

As for our property investment segment, we will focus on our retail, office and industrial assets that are located within the Klang Valley and in Singapore.

KL East Gallery in KL East is an upcoming retail mall development that is wholly-owned by SDP. It is scheduled to open in the last quarter of next year. KL East Gallery will be a catalyst development within the overall mixed-use development of Quarza. It is also part of an integrated transit-adjacent development (TAD) in the KL East area.

Positioned as a boutique lifestyle retail mall, it will serve the surrounding upmarket neighbourhood of middle to upper-middle-income brackets.

Meanwhile, SDP has announced a partnership with Japan’s Mitsui & Co Ltd and Mitsubishi Estate Co Ltd to develop and lease industrial facilities in a 39-acre development in the Bandar Bukit Raja township. The JV project is estimated to have a GDV of RM530 million. It will comprise built-to-suit industrial facilities for warehousing and logistics.