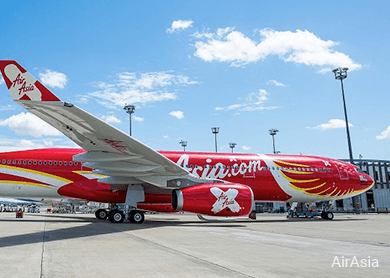 In a statement today, AAX said it has lodged an official complaint to the SC against the Hong Kong-based research firm, saying the latter had accused AAX, among others, of practising or allowing profit shifting between AirAsia and AAX by way of transfer pricing of the service fees and costs charged by AirAsia.

AAX also complained that the reports and presentation by GMT Research and its representatives concerning AAX were "untrue, misleading and inaccurate".

The airline said it categorically refutes any such accusations, allegations or inference and takes great offence and exception to the same.

"The failure on the part of GMT Research to check, enquire or verify such information prior to issuing any statements necessitates an investigation by the SC for potential violation of the provisions of the ‘Capital Markets and Services Act 2007’ (CMSA).

"AAX complaint includes, without limitation, potential breach by GMT Research of section 177 of the CMSA, which provides for prohibition against the making of statements or dissemination of information that is false or misleading in a material particular and is likely to induce the sale or purchase of securities by other persons, or is likely to have the effect of raising, lowering, maintaining or stabilising the market price of securities," it added.

"(We) wish to clarify that all relevant costs have been adequately captured in its books and financial statements which have been duly audited in accordance with Malaysian accounting standards and practices," AAX said.

It was reported that the main concern raised by GMT Research was AirAsia’s applied method to account for losses from its associates, saying the concern was that AirAsia had understated losses by its associates.

News of the GMT Research report had caused AirAsia shares to plummet to a record five-year low on June 10. The stock rebounded after AirAsia released a four-page explanation on its desire to consolidate the accounts of its associates in Thailand, Indonesia, Philippines and India, which is impeded by regulatory barriers.

Shares in AAX had also fallen in reaction to the GMT Research report.