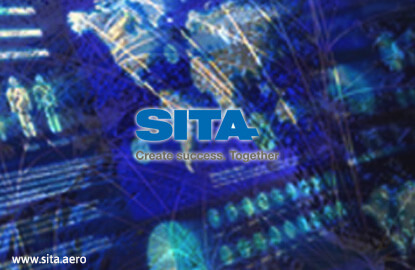 KUALA LUMPUR (June 30): As the connected world of travel becomes a reality 91% of airlines plan to invest in cyber security programs over the next three years, according to Société Internationale de Télécommunications Aéronautiques (SITA).

This is according to the SITA Airline IT Trends 2016 Survey published yesterday.

It said the level of commitment to cyber security reflects the consensus that a lot is being done in this area but there is always more to do.

SITA is a pioneer in international telecommunications for the air transport industry and has continued to operate at the forefront of technology.

SITA said it carried out its survey among the world’s top 200 airlines, and discovered that cyber security at airlines is progressing.

It said three years ago less than half of airlines (47%) said they were making advanced preparations to manage cyber risks, and that this had now doubled to 91%.

The survey explained that the focus on cyber security also reflects the move to the ‘Internet of Things’ (IoT) in which a vast number of physical objects will become connected to the internet.

It said this enables tracking, data collection, analysis and control, which necessitates more security. An overwhelming majority of airlines (68%) are investing in IoT programs in the next three years, up from 57% this time last year.

SITA said a key area of IoT investment is in connected aircraft which 46% of airlines believe will give a better passenger experience.

It said that today 37% of airlines operate connected aircraft and this will jump to two thirds by 2019.

Currently ‘internet via passenger devices’ is the service offered by most (33%). Over the next three years big increases in services are expected with more than half of airlines planning to provide destination services and duty-free shopping apps, while 70% plan to provide multi-media file streaming on passenger devices, it said.

SITA market insight director Nigel Pickford said airlines are investing in areas which will promote a connected world of travel for the benefit of passengers and the workforce.

“We see new priorities attracting more investment, with cyber security and electronic flight bag solutions coming to the fore in this year’s research.

“The initiatives to realize the ‘Internet of Things’ include smart bag tagging to enable continuous tracking, which is planned by 61% of airlines by 2019. Nearly half (47%) of airlines are also planning IT programs for single token travel for passenger identification,” said Pickford.