5G: Putting in the nuts and bolts 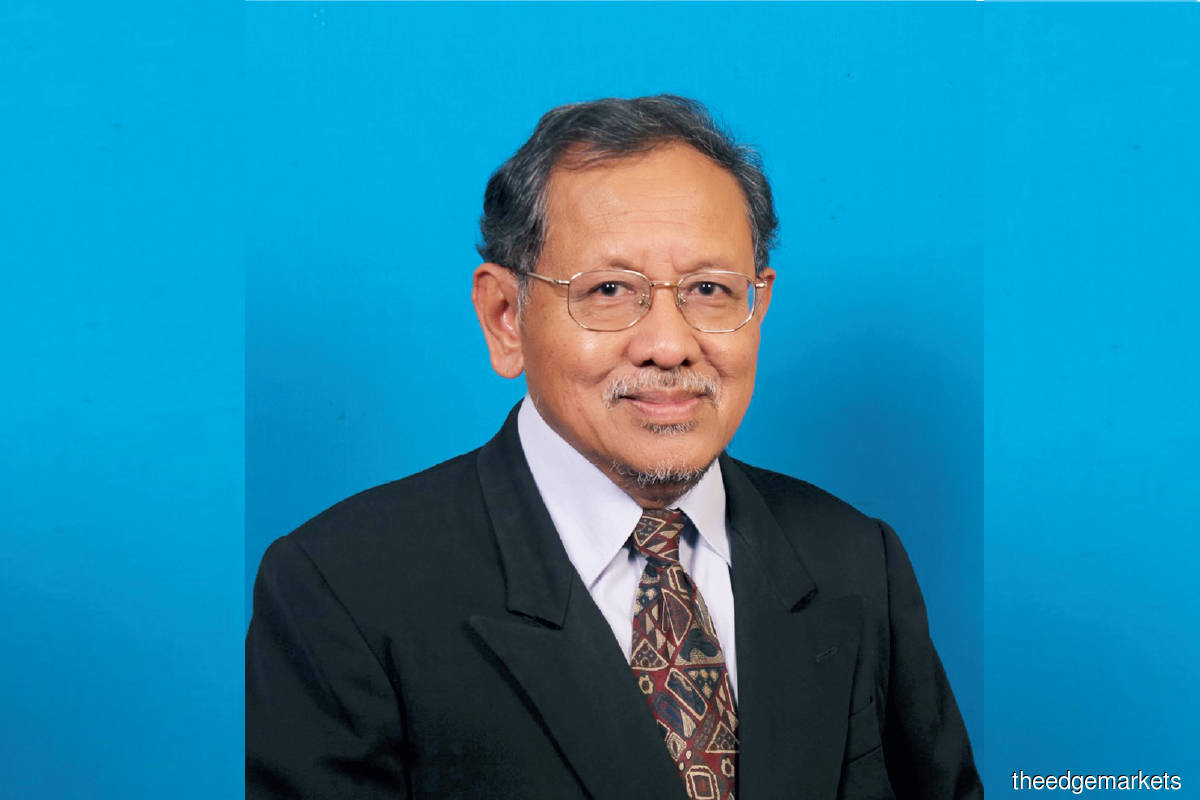 “We co-exist with satellite services and telcos may need 80MHz to 100MHz continuously to function, which means the spectrum shouldn’t be aggregated. If we were to divide it among the eight telcos here, each will get only a small chunk and they cannot deliver the full capabilities of 5G.” - Tharek

The rollout of 5G connectivity is in the spotlight at the moment as telecommunications companies, the Malaysian Communications and Multimedia Commission (MCMC) and Digital Nasional Bhd (DNB) work out the kinks that come with deploying a single wholesale 5G network (SWN).

There is no doubt that 5G connectivity is important for the country’s development, as the leveraging of 5G networks will enable industrial innovation in the automotive, digital healthcare and agritech spaces, to name a few. This is also why many countries, including Malaysia, are accelerating their 5G adoption.

Prof Dr Tharek Abd Rahman, adjunct professor at Universiti Teknologi Malaysia, tells Digital Edge that infrastructure is important for 5G rollout, specifically good fibre internet connectivity, which will be able to support 5G connectivity. He uses South Korea as an example, as it was one of the first to roll out 5G because it had good fibre connectivity nationwide.

“To implement new technology that uses 5G, fibre connectivity is a must. It was easy for [South] Korea to roll out 5G because its infrastructure was already in place,” he says.

“But in our case, we have the Jendela (Jalinan Digital Negara) programme to develop the infrastructure needed for 5G, which is to connect premises and houses with fibre connectivity. When the infrastructure is in place, we can implement 5G quite easily.”

In Phase 1 of Jendela (2020 to 2022), the focus is on optimising existing resources and infrastructure for mobile and fixed broadband. The plan is to enable about 7.5 million premises to access fibre broadband, expand the 4G mobile broadband coverage from 91.8% to 96.9% of all populated areas, increase mobile broadband speed from 25Mbps to 35Mbps and retire the 3G network by Dec 31, 2021, to strengthen the 4G network.

“With the sunset of 3G by the end of this year, users who migrate to 4G will experience better internet quality — at least four times better than 3G — because the spectrum has been freed up to accommodate just 4G,” says Tharek.

He says there are two ways to implement 5G: standalone (SA) and non-stand­alone (NSA). The main difference between the two is that NSA anchors the control signalling of 5G radio networks to the 4G core, while the SA scheme connects the 5G radio directly to the 5G core network, and the control signalling does not depend on the 4G network at all.

“And once we have 4G everywhere, 5G can be implemented in [any] location. Any mobile connectivity needs a core network, a transport layer, which is the fibre,” says Tharek.

Single wholesale network: yes or no?

The SWN has come under a lot of scrutiny since it was announced by the government early this year. Its pros and cons have been heavily debated by industry players and analysts, with the perception being that the cons outweigh the pros.

A definite pro is that 5G services will be more affordable to users. Finance Minister Tengku Datuk Seri Zafrul Aziz revealed that DNB will charge less than 20 sen for every gigabit for 5G to telcos, which he says is “way cheaper” than the current incremental cost of 45 sen to 55 sen for every 4G gigabit produced by telcos. He also said that the charges paid by telcos to DNB for 5G leasing will be more than 50% lower than the capital spent for the 4G network currently.

Tharek, however, believes the 5G SWN is a step in the right direction as it will contribute to the acceleration of 5G rollout nationwide.

MCMC identified the 700 megahertz (MHz), 3.5 gigahertz (GHz) and 26/28 GHz as the pioneer spectrum bands for the 5G rollout in Malaysia. However, in a report titled “Optimising IMT and Wi-Fi mid-band spectrum allocation: The compelling case for 6GHz band partitioning in Asia-Pacific” released in October, Malaysia’s SWN allocation is only 200MHz.

Tharek says if the 200MHz bandwidth is divided into smaller chunks, it will not properly benefit telcos and, subsequently, product innovation. One telco may require 100MHz continuously, which means the sharing of the spectrum will work better among telcos.

“Internet connectivity is like the water [that goes to] your home. The water is flowing through the pipes, but when [you] turn it on and the water comes out slowly, of course you’ll get angry. Quality to the end-user is important,” he says.

“This is why we need to make sure the quality of 5G is good and that’s why the target is to hit a speed of 35Mbps for 4G and 100Mbps for 5G, regardless of how far you are from the base tower. 5G uses beamforming for more capacity and for consistent connectivity coverage.”

Beamforming is a traffic-signalling system for cellular base stations that identifies the most efficient data-delivery route to a particular user, reducing interference for nearby users in the process.

Tharek also explains that assuming telcos are assigned a specific amount of spectrum and it is not utilised all the time, the spectrum — as a resource — is wasted. With the sharing of the spectrum, unused spectrum can be utilised by other telcos, especially since 100MHz is typically needed to run and support 5G applications.

“Assuming the spectrum is a piece of land and a telco only builds a single-storey building. If that land is shared and all the telcos come together, they can build a multi-storey building and share the same land and resources,” he says.

The millimetre wave band, which has frequencies of over 24GHz, can deliver extreme capacity, ultra-high throughput and ultra-low latency. Tharek says this means that better coverage will be provided for lower bandwidth.

“We co-exist with satellite services and telcos may need 80MHz to 100MHz continuously to function, which means the spectrum shouldn’t be aggregated. If we were to divide it among the eight telcos here, each will get only a small chunk and they cannot deliver the full capabilities of 5G,” he points out.

“But, telcos can share the technology and spectrum through the special purpose vehicle (SPV). SWN is essentially the sharing of resources of the spectrum.”

“For example, if we’re looking at car lanes and each lane has a different service provider. If one of the lanes is congested but the others are free, they cannot jump lanes. That’s the idea but with the sharing of the multi-operator core network, five telcos can share one spectrum at the resources site but their individual core networks will stay separated. They are only sharing resources; other elements will be their own.”

If telcos do not get on board with the idea of an SWN, they will not be able to deploy 5G services in the country. There isn’t an alternative in the matter, Tharek says, but negotiations are still ongoing between DNB and telcos as the former has drafted a reference access offer, which was provided to MCMC and telcos for consideration.

“I think telcos will come on board because concurrent 5G testing was done in Titiwangsa with Maxis, Celcom, Digi, UMobile and TM, and the speed of the connectivity was one gigabyte per second, which is the goal of 5G,” he says.

To enable 5G coverage in Kuala Lumpur, Putrajaya and Cyberjaya, Tharek says 500 sites and towers had to be built. If each telco were to provide its own 5G network and services, each telco would need to build its own infrastructure, which means 2,000 will be needed just to support 5G in these three areas.

Sharing of infrastructure, he says, will not only optimise the use of 5G spectrum but also reduce the cost for telcos and, subsequently, users.

“If you are looking into the previous way of [connectivity] delivery, where telcos have their own space and spectrum, they have to build the infrastructure, secure the site and so on, which is costly. Naturally, the cost will trickle down to users because they have to recover their spending,” he says.

“By sharing through the SWN, all the radio and infrastructure capital expenditure is not there. They only need to spend on optimising the services that they have with the resources that they get from DNB. From what I understand, if telcos are providing 1GB using 4G, that same 1GB using 5G will be half the cost.”

Network cuts or downtimes are experienced from time to time, regardless of which telco we use. These disruptions are caused by various factors, sometimes involving acts of vandalism or theft to parts of the telco infrastructure.

With all the telcos sharing the 5G infrastructure through SWN, there is a possibility that these disruptions could happen on a larger scale as more networks are relying on it. With this in mind, Tharek says it is important for the right vendor to be assigned to not just supply and build the infrastructure but also secure and protect it.

In this case, DNB has the responsibility to ensure quality connectivity is provided to telcos and, subsequently, users. MCMC also plays a big role in regulating and monitoring the quality of service to make sure that it meets the predetermined standards, says Tharek.

“We have a technical code recently approved by MCMC [and] adopted by the International Telecommunication Union (ITU), which means that all the vendors and suppliers will need to follow that. MCMC, as the regulator, should penalise those who do not comply.”

“It’s important for the SWN to be regulated by MCMC for fair distribution of 5G spectrum as well. Under the Communications and Multimedia Act 1998, MCMC has the responsibility to ensure that DNB does not compete in 5G retail and remains in the wholesale area.”