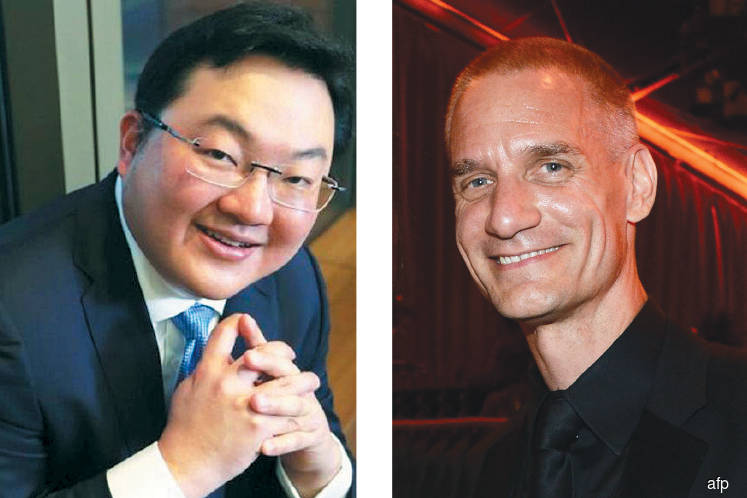 Leissner (right) testified that Jho Low was acting as an intermediary on behalf of Goldman Sachs, 1MDB and Malaysian and Abu Dhabi officials

THE US Department of Justice (DoJ) filed its first 1MDB-related criminal charges on November 1 against former Goldman Sachs executives Tim Leissner and Roger Ng Chong Hwa as well as Low Taek Jho or Jho Low. Low, who has gone into hiding, was charged in absentia. Ng has been arrested in Malaysia and is to be extradited to the US soon.

Leissner has, however, pleaded guilty to two charges of money laundering and conspiring to corrupt foreign officials. He has agreed to forfeit US$43 million as part of his guilty plea. His sentencing has been fixed for Jan 17, 2019.

Below, we produce an excerpt from the hearing. Leissner was represented by his counsel Robert O’Neill.

THE DEFENDANT (LEISSNER): Yes, Your Honour.

THE COURT: Okay. All right. Do you understand these possible consequences of your plea that I have just discussed with you?

O'NEILL: That is potentially possible. It's a potential life sentence if all charges were brought upon Mr Leissner.

THE COURT: Mr Leissner, do you have any questions about the rights you are giving up, the punishment you face, the nature of the charges, the plea agreement, or anything else that you would like to discuss with the Court at this time?

THE DEFENDANT: No, I don't, Your Honour.  Thank you.

THE COURT: Are you ready to plead guilty?

THE DEFENDANT: Yes, Your Honour.

THE COURT: Mr O'Neill, do you know of any reason why your client should not plead guilty?

O'NEILL: No, Your Honour.

THE COURT: Are you aware of any viable defences?

O'NEILL: None, Your Honour.

THE COURT: Mr Leissner, what is your plea to Count 1 of the indictment charging you with conspiracy to violate the Foreign Corrupt Practices Act, guilty or not guilty?

THE COURT: What is your plea to Count 2 of the information charging you with conspiracy to commit money laundering, guilty or not guilty?

THE COURT: Are you making the plea of guilty voluntarily and of your own free will?

THE DEFENDANT: Yes, Your Honour.

THE COURT: Has anyone threatened or forced you to plead guilty?

THE COURT: Other than the agreement with the government, has anyone made any promises that caused you to plead guilty?

THE COURT: Has anyone made any promises as to what your sentence will be?

THE COURT: Okay. So I need you to tell me in your own words what you did to make you guilty of Counts 1 and 2, keeping in mind the elements of both crimes as we discussed earlier in the proceeding.

THE DEFENDANT: Your Honour, I wrote a statement.

THE DEFENDANT: May I read that?

THE COURT: You may.

THE DEFENDANT: Thank you.

THE COURT: Just read it slowly so that the court reporter can take it all down.

At all times concerning the 1MDB business that Goldman Sachs conducted with 1MDB between 2009 and 2014, and which is described in the information, including the negotiation and execution of three bond deals and other transactions, I acted on behalf of, and within the scope of my employment and agency of, Goldman Sachs to acquire and execute the 1MDB transaction in business ...  1MDB was a strategic investment and development company wholly owned and controlled by the Government of Malaysia.

As I understood, 1MDB was created to pursue investment and development projects for the economic benefit of Malaysia and its people. While acting within the scope of my employment and with the intent to benefit Goldman Sachs and myself, as an employee and agent of Goldman Sachs, I entered into a conspiracy with those individuals identified in the Government's information to pay bribes and kickbacks to obtain and then retain business from 1MDB for Goldman Sachs.

THE COURT: Including the person identified as the intermediary who you dealt with who then dealt with this entity ...

THE COURT: All right.

For instance, I knew that funds derived from Project Magnolia, specifically mentioned in the information, would be diverted to me and others, including government officials, through shell companies beneficially owned and controlled by myself and others in US dollars, and those financial transactions would be processed through the United States. I knew that the use of shell companies in these fund — these fund transfers were designed, at least in part, to conceal and disguise the nature, location, source, ownership and control of the diverted and the stolen funds.

The following is one specific instance involving the movement of funds: On or about Oct 10, 2014, I caused approximately

As stated in the information, on one occasion in 2012, I told a committee at Goldman Sachs that Jho Low was not involved in one of the bond transactions. This was not true. I knew that concealing Jho Low's involvement as an intermediary was contrary to Goldman Sachs's stated internal policies and procedures. I and several other employees of Goldman Sachs at the time also concealed that we knew that Jho Low was promising and paying bribes and kickbacks to foreign officials to obtain and retain 1MDB business for Goldman Sachs, for the benefit of Goldman Sachs and myself, and using some of the proceeds of the 1MDB bonds to do so.

That concludes my statement, Your Honour.