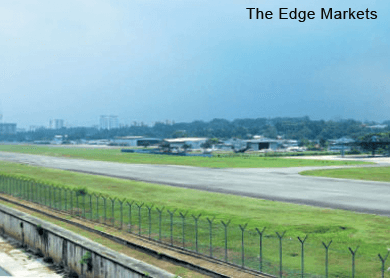 (May 8): 1Malaysia Development Berhad (1MDB) today put up a full-page advertisement in a local English daily to promote its prized project, Bandar Malaysia, a day after confirmation that it had sold a parcel of land at its other development project, Tun Razak Exchange (TRX) to pilgrims’ fund, Tabung Haji.

In the advertisement in The Star newspaper today, 1MDB outlined the details and expected construction commencement for the Sungai Besi based project. The advert also mentioned the amount of Bumiputera and non-Bumiputera contractors and consultants involved.

1MDB's real estate arm, 1MDB Real Estate Sdn Bhd, was said to have obtained the lands for the TRX and Bandar Malaysia projects at a significant discount from the federal government, and questions has been raised about how these projects are turning out since being announced in 2012.

At a time when it had come under increased criticis by both the opposition and some members of the ruling coalition, the state owned company stated in the advertisement today that construction for Bandar Malaysia is expected to begin in 2017.

As the project currently sits on the old Sungai Besi airport land, 1MDB added that the construction for Bandar Malaysia will commence when new facilities at eight sites across the country for the military and police are completed.

"The construction of the new facilities is at the half-way stage, and they are expected to be operational in two years," the advertisement reads.

The new facilities will be located at Sendayan, Kuantan, Subang, Butterworth and Kajang, with some being "three times" the size of the Sungai Besi base.

Yesterday, it was confirmed that 1MDB sold a plot of land for the TRX project to Tabung Haji for RM188.5 million.

The government-owned strategic developer currently sits on a sizeable RM42 billion debt and had admitted to having cash flow problems.

It announced a strategic review earlier this year, including the possibility of selling off some of its assets in the real estate sector. – The Malaysian Insider