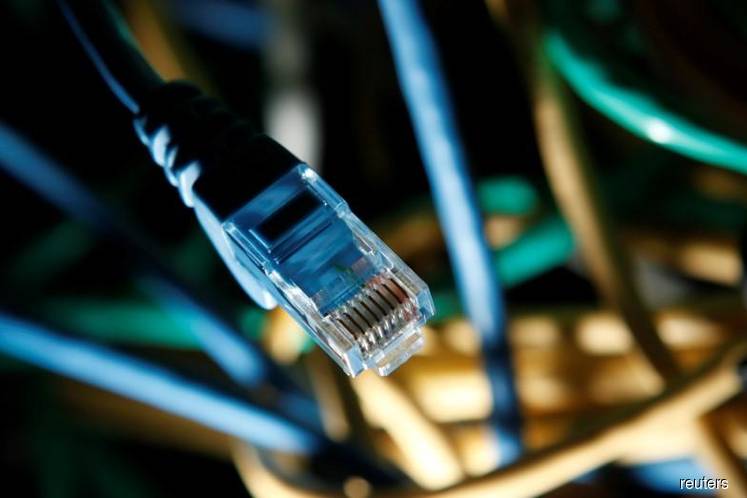 KUALA LUMPUR (June 27): Financial comparison aggregator iMoney today revealed that one in six Malaysians is still overpaying for his or her broadband package, notwithstanding the implementation of the Mandatory Standard on Access Pricing (MSAP) in June.

A 100Mbps broadband package now costs between RM99 and RM129 per month in the Klang Valley while a 30Mbps costs RM89 per month.

However, the iMoney 2019 Broadband Survey revealed that 17% of respondents are paying approximately RM200 per month for 30Mbps, which is about 125% more.

"All major fibre broadband providers in Malaysia no longer charge more than RM100 for a 30Mbps plan, which means these respondents are likely still on their legacy plans, and have not yet been upgraded by their providers," iMoney said in a statement today.

iMoney said, generally, most Malaysians are feeling the positive impact of the MSAP, which has resulted in the reduction of broadband prices by over 30% and the tenfold increase in the speed of the packages offered.

But despite being increasingly satisfied with the speed and stability of their broadband packages, 67% of respondents felt that broadband rates can be even more affordable. This, iMoney said, could possibly indicate that Malaysians might be overpaying because of a general lack of awareness of the latest broadband rates.

"Despite the effort by the government to lower the prices and increase the speed, there are still several Malaysians who do not have the competitive packages currently on offer in the market," it added.

iMoney group chief executive officer Mitul Lakhani said the efforts of Malaysian Communications and Multimedia Commission (MCMC) in implementing and enforcing the MSAP have evidently been beneficial for consumers. This is proven by the fact that, according to the survey, 66% of Malaysians surveyed are increasingly satisfied with the speed and stability of their broadband connection.

"However, there is still more to do to ensure all Malaysians can benefit from MCMC's efforts. The next step is for all Malaysians to assess their broadband needs and take advantage of broadband packages currently available, to ensure they are getting better value for their money," he said.