‘Too many exemptions led to GST confusion’ 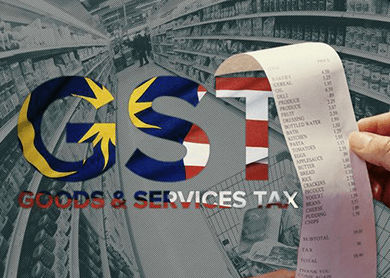 KUALA LUMPUR: More than a month since the goods and services tax (GST) made its debut, tax experts say they expect teething problems to be ironed out soon, but also admit that Putrajaya made things complicated with the many exemptions to cater to low-income earners.

Placing several items on the zero-rated and exempt-supply list to help the poor is a reason for hiccups in implementing the tax since April 1, Customs Department GST director Datuk Subromaniam Tholasy said. He denied that implementation challenges  are due to a lack of preparedness on the government’s part, but came about because the government did not want to burden the people.

“The government had noble intentions to place many items under zero-rated and to give exemptions, but such a model comes with challenges.

“I agree sometimes we do not have ready answers for some unique business issues but we will try to resolve them in technical meetings which we have at least once a week,” he told The Malaysian Insider.

Chairman of independent tax consultant Taxand Malaysia Sdn Bhd Dr Veerinderjeet Singh agreed, saying that Malaysia had chosen to implement a complicated version of the GST.  With a long list of exempted and zero-rated goods and services, there are bound to be problems involving practical issues, with certain sectors lobbying for better treatment, he said.

The consumption tax, which was introduced at 6%, is opposed by politicians and civil society members, who said the government should deal with leaks and corruption in the public delivery system first.

Veerinderjeet said Malaysia’s complex GST system caused teething problems for businesses, especially those which sell all types of goods, as they had to spend quite a bit on software and consultancy services. A better way  would have been to debut it at a lower rate, such as in Singapore,  which started at 3% and apply it to almost all goods and services.

“Malaysia appears very concerned about the rakyat (people), especially the low-income groups, and so the government has had to bend over backwards to provide exemptions.

“The proper way should have been to impose the GST on almost all goods and services, but make social welfare payments or give assistance to deserving groups,” said Veerinderjeet.

One of the biggest problems to arise — since the consumption tax was enforced on April 1 — was the confusion over mobile prepaid cards. Conflicting statements were made by Deputy Finance Minister Datuk Ahmad Maslan and the Customs Department, leading Prime Minister Datuk Seri Najib Razak to instruct Communications and Multimedia Minister Datuk Seri Ahmad  Shabery Cheek via Twitter to handle the matter.

The GST was to have replaced the sales and service tax (SST) of 6% for mobile prepaid reload cards, but still saw complaints about higher-priced reloads from consumers on the first day of implementation. Subromaniam said that they had not anticipated this problem given that the GST was a replacement tax for the SST.

The 10% service charge imposed by businesses, such as eateries and hotels, was another teething problem in the implementation of the GST. The national union representing workers in the service industry had said it will take employers governed by collective agreements to court if they stop imposing the 10% service charge, which it said is meant to be divided among workers.

Subromaniam said it was decided that  businesses could continue to collect service charge to protect workers, most of whom earn low wages. They have, however,  been advised to display a notice informing consumers of the charge.  — The Malaysian Insider