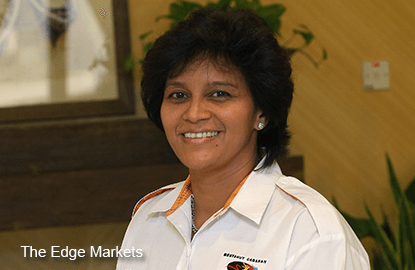 KUALA LUMPUR: The Federal Constitution has to be amended before a law can be enacted to stop member of parliaments (MPs) from leaving their party after an election, a retired judge and constitutional lawyers said.

However, they said there was a possibility of both the amendment to the constitution and the law to stop defection being declared unconstitutional as the subject matter touched on a basic freedom.

This, they said, was the result of a ruling by the then Supreme Court of Malaysia in 1992 which interpreted the constitution and declared that crossing over to another political party was a freedom of association.

Lawyer Philip Koh Tong Ngee said for a start, Parliament has to approve a constitutional amendment to bypass the 1992 court ruling.

“The problem is the ruling Barisan Nasional (BN) does not have the two-thirds majority to change the constitution and it may need the support of the opposition,” he said.

Koh, however, questioned BN for advocating the need to introduce a law now when they were responsible for bringing down democratically elected governments in Sabah (1994) and Perak (2009).

“It is interesting why the BN is pushing forward this idea when in the past they were against such reform,” he told The Malaysian Insider.

He said this in response to Minister in the Prime Minister’s Department Datuk Seri Azalina Othman Said’s proposal that Putrajaya should enact an anti-hopping law to ensure MPs were loyal to their parties and the people’s trust was not betrayed.

The Pengerang MP said this following recent reports that an Umno leader was leading a campaign to remove Datuk Seri Najib Razak as prime minister with the assistance of several MPs.

anti-defection Private Member’s Bill in 1978 to ensure political integrity of elected MPs and to prevent political corruption but it did not receive any support from BN.

anti-hopping law was passed but these amendments could be challenged in the Federal Court.

“Parties can seek legal remedy and it will be interesting to see if the current batch of judges are prepared to depart from the 1992 ruling or uphold it,” he said.

Bastian, however, said there must be a clause in the proposed anti-hopping law that seats of representatives who crossed over should be declared vacant and they should be allowed to contest again.

“This will show whether they have the support of the electorates although contesting under a new banner,” he said.

Retired Federal Court judge Datuk Seri Gopal Sri Ram, however, said there could be no anti-hopping law in Malaysia because of the 1992 landmark judicial pronouncement.

“Even an amendment to the constitution will fail because freedoms under Part 2 of the national charter form part of the basic framework,” said Sri Ram, who now practises law.

Sri Ram, who has delivered judgement in several landmark constitutional cases, said Parliament could not enact laws, including the constitution that touched on the basic structure like freedom of association.

He said in the 1992 ruling, the bench interpreted that the right to association included the freedom to disassociate.

In that celebrated case, Nordin Salleh (Sungai Pinang) and Wan Mohamed Najib Wan Mohamaed (Limbongan) won their state seats under the then Semangat 46 ticket in the 1990 general election.

However, both defected to Umno in 1991. The Kelantan State Assembly amended the state constitution and then passed an anti-hopping law that took retrospective effect from Nov 18, 1990.

The Speaker declared the seats vacant and both men contested the seats again in the by-elections but lost.

They sought legal remedy and the Supreme Court held that the amendment to the state constitution was designed to enforce party discipline and not impose restrictions on state assemblymen.

The court said the amendment breached Article 10 of the Federal Constitution which guarantees freedom of association.

Nordin and Wan Mohamed were reinstated as assemblymen. — The Malaysian Insider