Exodus of wealthy Chinese accelerates with end of Covid Zero 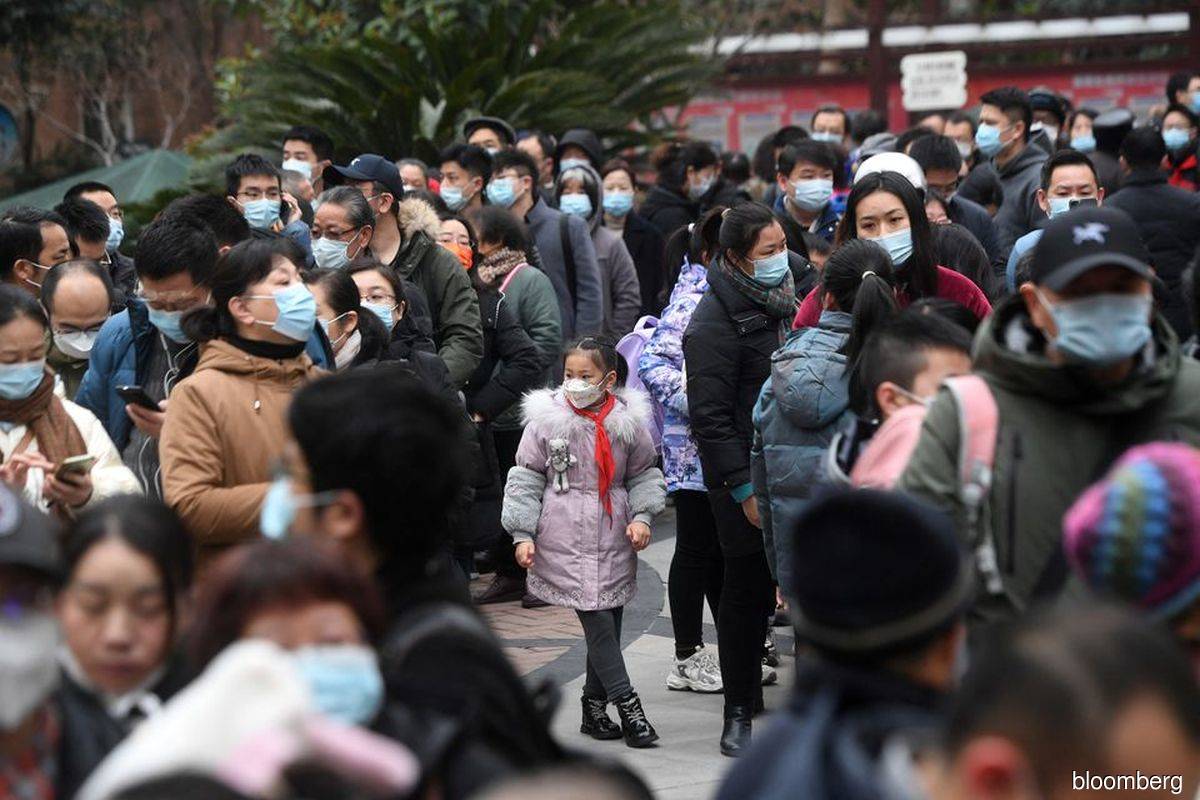 (Jan 26): President Xi Jinping’s decision to dismantle Covid travel restrictions is accelerating an exodus by wealthy Chinese, who could fuel billions in capital outflows as they plow cash into property and assets abroad.

Since the end of Covid Zero in December, many rich Chinese have begun traveling overseas to check out real estate or firm up plans to emigrate, immigration consultants said in interviews. That’s threatening a brain drain in the world’s second-largest economy as well as outflows that could pressure its financial markets.

Over the past two years, Xi’s crackdown on a industries like technology, real estate and education, and his push for “common prosperity,” have spooked the rich, long accustomed to growing wealthier as long as they didn’t question the supremacy of the Communist Party. Advisers to the wealthy say those concerns have worsened since October when Xi cemented his political control at a twice-a-decade party congress.

Canadian immigration law firm Sobirovs is seeing a growing urgency from Chinese clients seeking to migrate to the North American country. “I would say the past six months people really got fed up. And so we see a spike on consultation bookings,” said Feruza Djamalova, a senior lawyer at Sobirovs. “Now our clients from China, they’re willing to do relocation and they want to as soon as possible.”

Before the pandemic, China faced capital flight of about US$150 billion annually from people going overseas, but the amount is likely to be higher in 2023 since they haven’t be able to travel for the last three years, according to Alicia Garcia Herrero, chief economist for Asia Pacific at Natixis SA. Her calculation — worked out by looking at unexplained differentials in global tourism data — is an estimate of funds left abroad permanently by Chinese nationals who travel.

“China will confront big outflows this year and this will likely pressure the renminbi and the current account,” Garcia Herrero said. The capital flight might not be bigger than previous years if many can’t get their money out, but it could still impact the labor force, productivity and growth, she said.

China has the world’s second-largest number of ultra rich, after the US, with more than 32,000 peoples holding wealth exceeding US$50 million, according to September report from Credit Suisse Group AG.

The departures among the wealthy already began last year. About 10,800 rich Chinese migrated in 2022, the most since 2019, and the second most after Russia, according to New World Wealth, a global data intelligence partner of investment migration consultant Henley & Partners.

Henley saw inquiries from Chinese individuals on migration more than quadruple in the days after China’s reopening compared to the week before. Emigration was low in the early part of the pandemic, but queries doubled in 2022.

Juwai IQI, a real-estate firm that helps sell international property to customers in Asia, said the number of mainland Chinese buyer inquiries dropped 26% in 2021 and fell 11% in 2022, but it’s gone up 55% in 2023 so far and stayed at that level.

Denny Ko, an immigration lawyer in Hong Kong who advises wealthy Chinese clients, said that the truly rich have had contingency plans in place for years, and the people who are now looking for options tend to be further down the wealth scale, including the upper middle class, entrepreneurs and senior-level executives.

Searches and keyword mentions of “emigration” on Wechat almost quintupled on Dec 26 from a day earlier to 110.7 million, after China downgraded Covid-19 to a lower threat disease class and announced that it would scrap all quarantine measures.

As the wealthy look to invest abroad, private banks have been building their desks to deal with the flow of capital.

They have been hiring in Singapore to serve wealthy Chinese that are investing in the city state. The flood of money has prompted sky-rocketing prices for everything from mansions and golf memberships to luxury car sales in Singapore.

JPMorgan Chase & Co and Julius Baer Group Ltd are among banks that have staffed desks in other locations, such as the San Francisco Bay area and Zurich respectively, with Mandarin speakers, according to people familiar with the matter. A spokeswoman for Julius Baer confirmed that the bank has Mandarin speakers as part of its team in Switzerland serving Asia-Pacific wealthy clients. JPMorgan declined to comment.

*Based on inquiries at Henley & Partners in 2022

Among those looking to leave is Dahua, whose family runs a pharmaceutical business in central China. This isn’t her first try, but she’s more hopeful she can get out now since it’s possible to travel. A previous attempt to obtain a US green card was thwarted when she returned to China before the pandemic and could no longer travel back to the US, failing to spend the required time there.

Dahua, who asked that only her first name be used, is now looking at a program in Canada that allows applicants to study there and ultimately acquire permanent residence after working for a few years.

A lot of her colleagues and friends have either emigrated or are actively exploring that option, she said, with many losing confidence in the country’s future.

“It’s time to reactivate my emigration plan now that we can travel abroad and it should be much easier to process these things than earlier when we still had the lockdowns,” she said.

China has strict capital controls. Citizens can convert only US$50,000 worth of yuan into foreign currencies each year. But despite those restrictions, the reopening of travel is enough to fuel outflows with tourism alone — even if people don’t choose to stay away permanently.

“If several million people go out and travel this year, that may still amount to tens of billions of dollars of downward pressure on the foreign exchange reserves that China has,” said Chen Zhiwu, chair professor of finance at Hong Kong University.

Chen estimates that tourism outflows could hit US$100 billion to US$200 billion this year, which didn’t occur in the past three years due to Covid restrictions. The outflows should have “some depreciation pressure” on the yuan, but the central bank can still intervene to keep the currency at an overvalued level, he said.

Chinese families still face challenges in migrating. According to Iris Pang, chief economist for Greater China at ING Groep NV, economic weakness in popular destinations such as Europe and the US may affect the ability of some Chinese to find jobs in those regions. Policies around immigration are also tightening everywhere from Portugal to Malta.

According to one private banker, wealthy individuals told him the cost of moving money offshore has risen to 12 cents on the dollar late last year from 1 cent in the years before the pandemic, as the government clamped down on money transfers.

That isn’t stopping those who want to leave. Peter Luo, the principal consultant at Express Immigration, a New Zealand immigration advisory, said the requests from Chinese clients keep pouring in, with most coming from the business community. “The notable thing is that they are very urgent, with the request that applications are approved immediately if possible,” he said.