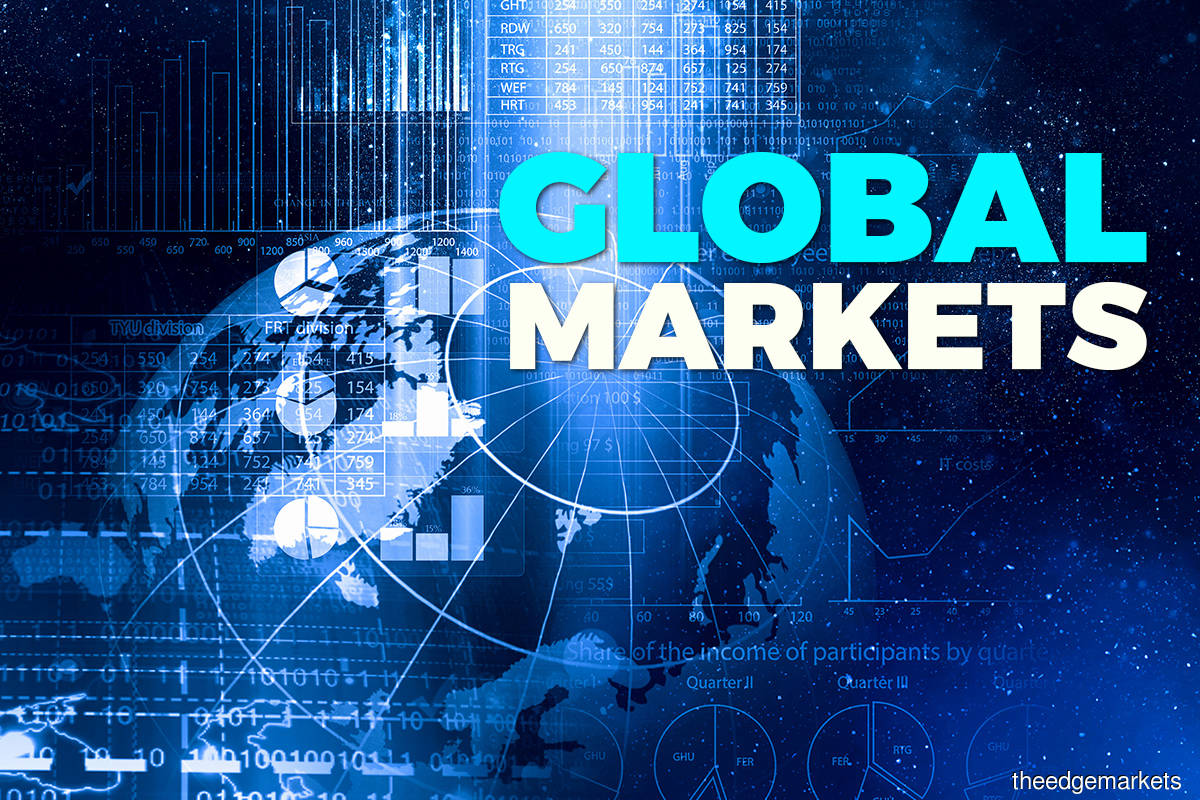 But the main indexes on Wall Street sharply pared losses, suggesting that many believe a downturn, coupled with rising unemployment, will lead the Federal Reserve to back off its aggressive monetary tightening and soon cut interest rates.

Short-dated Treasury yields have been inverted, or higher than longer-dated government debt, for some time. The yield curve on three-month bills and 10-year notes narrowed on Wednesday, but was still deeply inverted at -123.5 basis points.

"Every recession has been preceded by some type of yield curve inversion," said Joseph LaVorgna, chief US economist at SMBC Nikko Securities in New York.

But with the Fed's overnight borrowing rate at 4.25%-4.5%, it is "restrictive" and slowing growth, potentially causing large job losses in the next month or two that will lead the US central bank to cut interest rates by mid-year, he said.

"I could be right about the economy and the labor market, but the Fed may still say we're going to drive the economy lower until there's no fear that inflation is going to kick back up."

Corporate America also signaled trouble ahead. Boeing's downbeat results on Wednesday amid ongoing supply chain constraints added to slower growth concerns, while Microsoft Corp warned its customers were cautious about spending in an uncertain economy in a lackluster outlook late on Tuesday.

Futures are pricing in a 94.7% probability of a 25 bps hike when Feb policymakers end a two-day meeting on Feb 1.

The yield on 10-year Treasury notes was down 2.2 basis points to 3.445%, well below the Fed's projection that its target rate will stay above 5% into next year.

Two out of three Americans say they're more concerned about paying bills than saving for their financial future, said Johan Grahn, head of ETFs at Allianz Investment Management in Minneapolis, citing a survey done by his company.

While the US central bank will make some changes, "they're not significant enough to scare the Fed away from its stated marching orders," Grahn said. "The enemy is inflation, the catalyst is the labor market and that's the bottom line."

Trade in European stocks was lacklustre, as signs of an improving economic outlook in the eurozone fed worries about further rate hikes.

The broad pan-European STOXX 600 index lost 0.29% and MSCI's gauge of global stock performance closed up 0.05% to eke out a fresh five-month closing high after trading much lower most of the day.

Markets have been buffeted by the fastest tightening of monetary policy since the 1980s.

The Bank of Canada signaled it would likely halt further hikes after lifting its key interest rate to 4.5% on Wednesday.

Earlier the Australian dollar hit a five-month high as rising inflation data bolstered the case for another rate increase from the Reserve Bank of Australia (RBA) next month.

The Canadian dollar fell 0.11% versus the greenback at 1.34 per dollar after the central bank's outlook.

The Australian dollar surged to US$0.7123 after the latest inflation data. Australia's currency is up 1.6% this week and is poised for its biggest weekly gain in more than two months.

In Asia, MSCI's broadest index of Asia-Pacific shares outside Japan hit a seven-month high. Trading volume was depressed as Chinese and Taiwanese markets were still closed for the Lunar New Year holiday.

Germany's Ifo institute said its business climate index rose to 90.2, in line with the consensus, according to a Reuters poll of analysts, and up from 88.6 in December.

Gold reversed course to edge up as the dollar weakened and investors kept a close eye on a slew of upcoming US economic data that could influence the Fed's policy meeting next week.