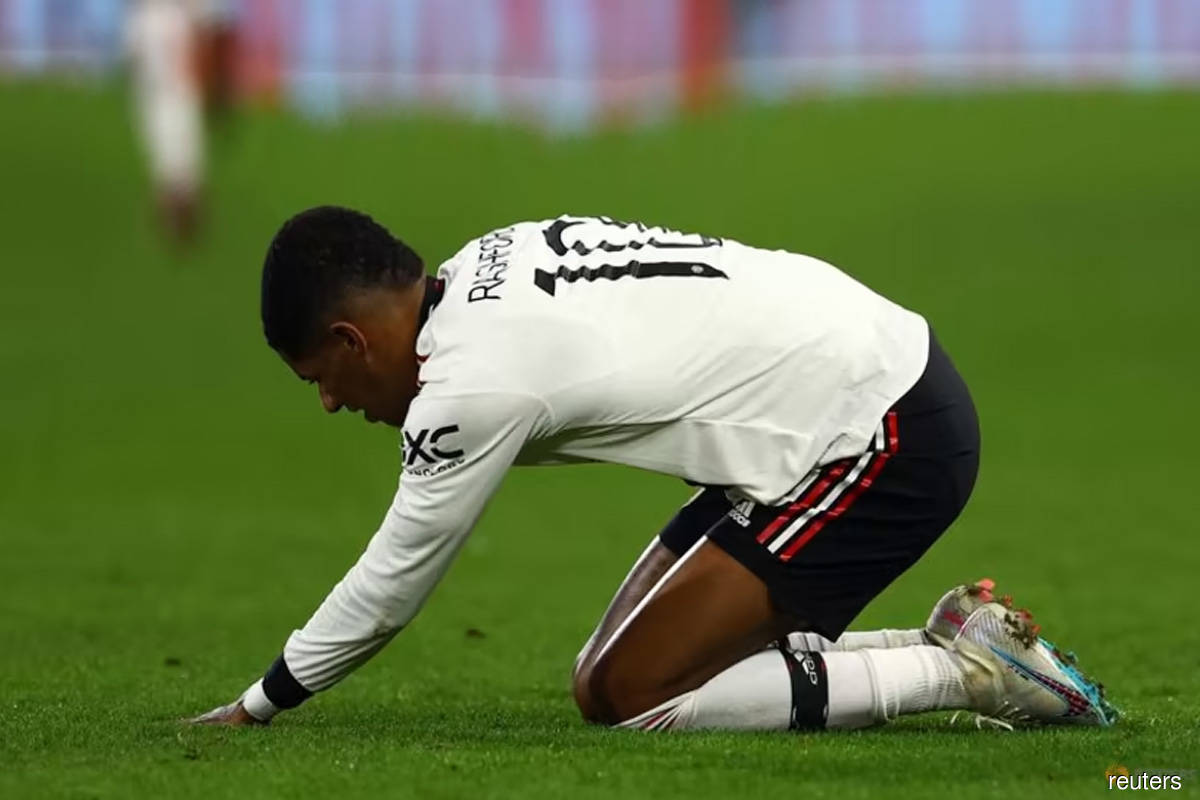 England forward Rashford's superb solo effort after six minutes, dancing past defenders before firing home, took him to 18 goals in all competitions this season. Only Manchester City's Erling Haaland has more for a Premier League club in 2022-23.

Forest thought they had quickly restored parity at the City Ground after catching United out on the counter but Sam Surridge's effort was ruled out for offside following a VAR review.

United capitalised on that reprieve by doubling their lead just before halftime, on-loan striker Wout Weghorst netting his first goal since joining the club after Antony's shot had been well saved.

The second goal killed off Forest hopes of a comeback and Bruno Fernandes added a late third to keep United well on course to win their first trophy since 2017.

United came into the contest having suffered their first defeat since November in all competitions at Arsenal on Sunday and had also lost their last three cup semi-finals.

Rashford gave them the perfect platform to improve that record, but Forest responded well, thinking they had immediately levelled, only for VAR to intervene, before the hosts created and wasted more chances.

The visitors produced a fine move to play Antony in on the half-hour mark, but the Brazilian was denied by Forest goalkeeper Wayne Hennessey, standing in for on-loan Dean Henderson who cannot play against his parent club United.

The next shot Antony had resulted in the second goal as his powerful effort was beaten away by Hennessey, but Weghorst, on his third appearance, was on hand to open his United account.

United supporters in the away end were singing "Wembley" at halftime and their dreams of returning to the famous old stadium for February's final continued after the break.

At 2-0, Forest were not completely out of the tie, but Fernandes's drilled finish in the 89th minute gave United the joint-biggest first-leg win by an away side in a League Cup semi-final and it would take a monumental collapse for Forest to turn things around at Old Trafford next week.