Anwar granted an audience with Sultan Hassanal Bolkiah of Brunei 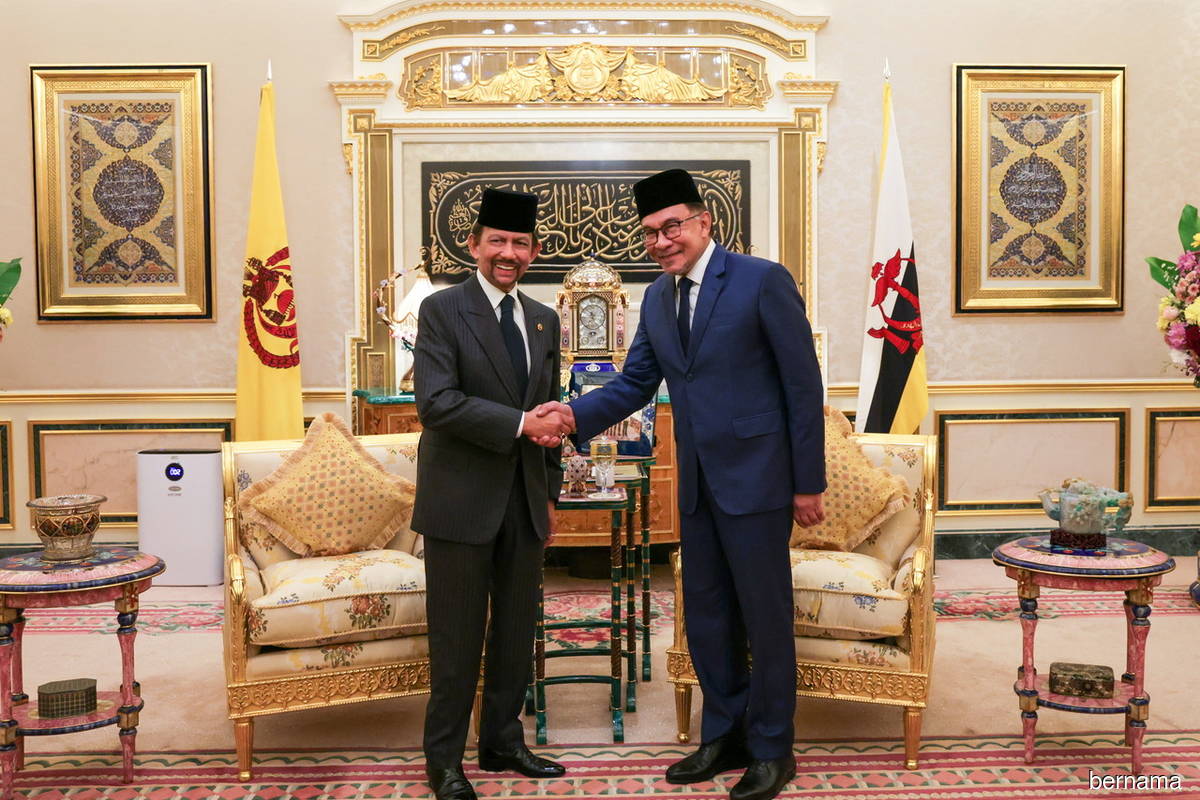 Anwar, who was accompanied by his wife Datuk Seri Dr Wan Azizah Wan Ismail, arrived at the palace at 11.05am.

The PM and the ruler of Brunei also witnessed the signing of a memorandum of understanding between the Malaysian Investment Development Authority (MIDA) and the Brunei Investment Agency.

The Malaysian delegation was then feted to a luncheon, hosted by Sultan Hassanal Bolkiah.

Anwar arrived here on Tuesday, and was accorded an official welcoming ceremony at the Brunei International Airport.

This is his second official visit abroad after being appointed as Malaysia’s 10th PM in November last year.