Najib allowed to be out from prison to hear bid to strike out his RM1.9 mil suit 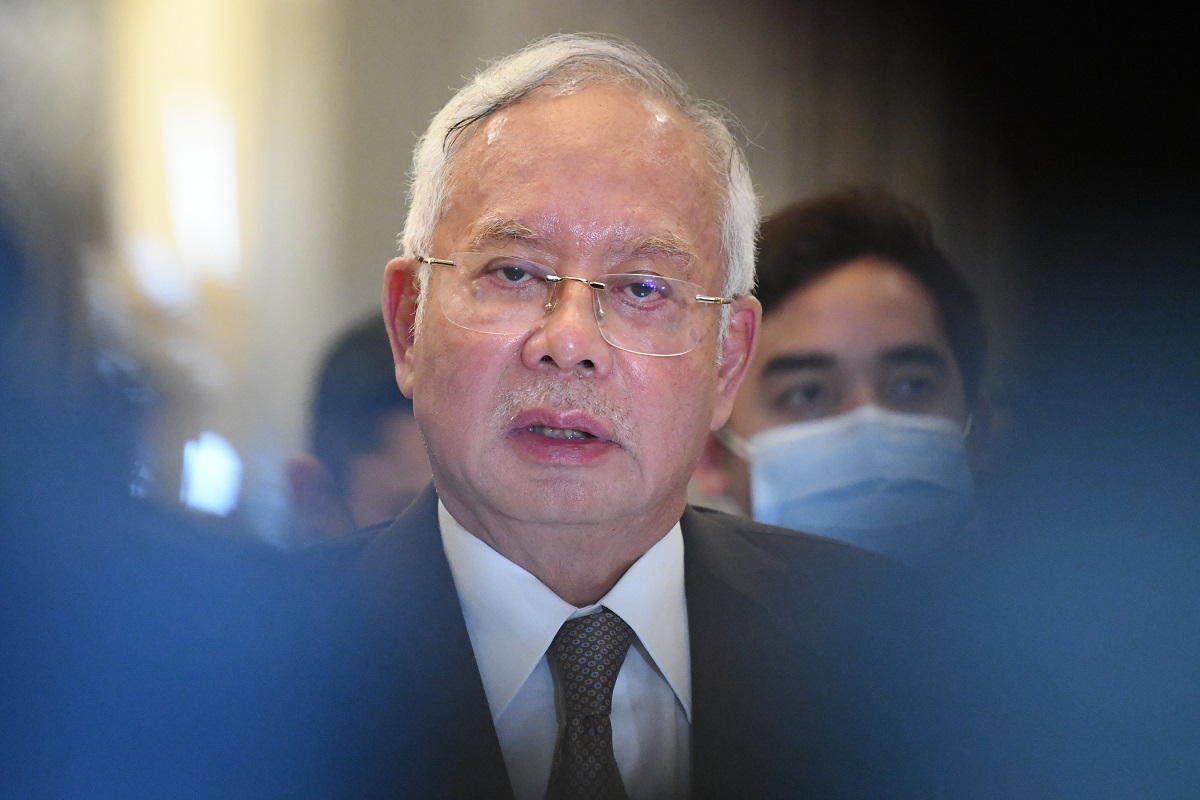 Najib is presently serving his 12-year jail sentence and RM210 million fine at Kajang Prison after his conviction and sentence with regards to SRC International Sdn Bhd had been upheld by the Federal Court on Aug 23. (Photo by Suhaimi Yusuf/The Edge filepix)

KUALA LUMPUR (Aug 5): Datuk Seri Najib Razak will be allowed to physically attend the hearing of former attorney general Tan Sri Tommy Thomas and the Malaysian Government's application to strike out his RM1.9 million suit against them on Friday (Sept 9).

This follows the High Court on Monday allowing the application by Najib's lawyers for the former premier to be brought out from Kajang Prison to attend the hearing of the case.

The application was allowed by judge Datuk Akhtar Tahir, who earlier dismissed the preliminary objection by Thomas' counsel Alan Gomez to the application.

Najib is presently serving his 12-year jail sentence and RM210 million fine at Kajang Prison after his conviction and sentence with regards to SRC International Sdn Bhd had been upheld by the Federal Court on Aug 23.

The outcome of Monday's application has been confirmed by Najib's counsel Yudistra Darma Dorai to theedgemarkets.com.

Unlike in criminal cases, where the attendance of an accused person is compulsory, a plaintiff who filed a suit is normally not required to attend the suit's proceedings but is sometimes encouraged to do so.

Also on Monday, Dewan Rakyat Speaker Tan Sri Azhar Azizan Harun confirmed that Najib has applied for a royal pardon, and the former PM remains an MP until the petition is finalised. Najib was also reported to be hospitalised at Kuala Lumpur Hospital for an undisclosed ailment on Sunday, but was present in court on Monday for his 1Malaysia Development Bhd (1MDB) trial.

With Monday’s application allowed by Akhtar, the striking out application will now be heard physically before judge Datuk Ahmad Bache.

Last month, Ahmad dismissed an application by Najib’s lawyers to not allow Thomas' own law firm Messrs Tommy Thomas and Gomez from representing the former AG personally in the suit.

The former premier and Pekan MP filed the suit in October last year, claiming malicious prosecution for levelling the various charges in relation to the 1MDB cases against him.

He alleged that the charges against him were part of a “long planned, premeditated exercise by Thomas” and the then Pakatan Harapan government.

“As attorney general he carried out his duties, at least in relation to Najib, as if he were an agent of Pakatan Harapan. In fact, he would later go on to link Najib’s political party Umno with Najib himself, the Malay race and a drive to Islamisation,” the statement of claim read.

Thomas claimed that Najib’s cause of action against him does not exist as a public prosecutor can exercise his discretion under Article 145(3) of the Federal Constitution and that the suit was filed as a political ploy that was to be used in the lead-up to the recent Melaka state election.

The government also, in its striking out application, claimed that the suit is a collateral attack against the criminal charges that are brought against Najib and to disrupt the ongoing criminal cases.