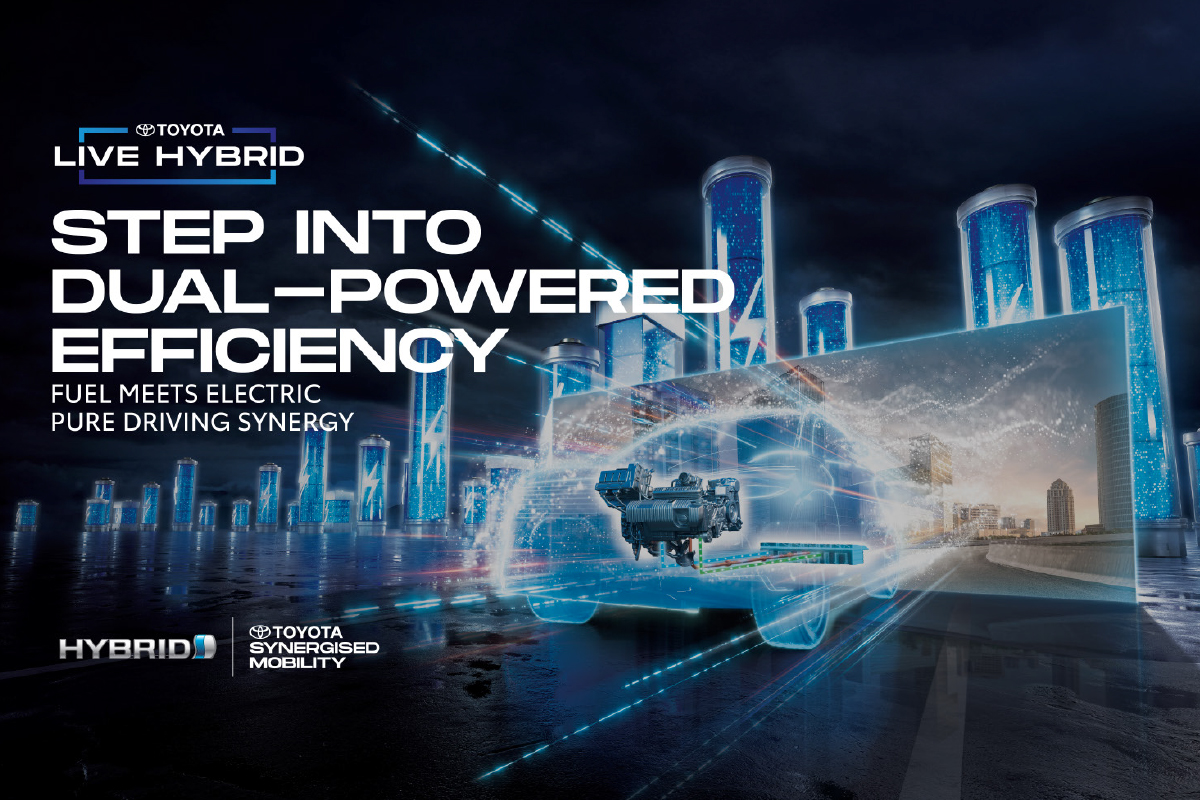 As one of the leading automobile manufacturers in the world, Toyota is serious about sustainability. The Japanese automotive brand has already announced that it is speeding up its net zero carbon emissions target for factories to 2035 from its previous deadline of 2050.

Toyota is taking a highly strategic approach to decarbonisation. This includes adopting new technologies in coating and casting processes in its factories.

The automaker is also stepping up the use of renewable energy in its manufacturing processes. It is powering ahead with its Hybrid Electric technology to drive its sustainable motoring movement.

In recent years, Toyota has said Hybrid Electric technology would play a significant role in reducing emissions to help it achieve carbon neutrality. This important sustainable push is set to take place in Malaysia with UMW Toyota Motor officially launching the technology in the local market.

As one of the pioneers of Hybrid Electric technology, Toyota has been at the forefront of developments and advancements. It revolutionised the segment in 1997 with the introduction of the first generation hybrid electric vehicles (HEVs).

More than two decades on, Toyota continues to be the standard bearer of the segment. The Japanese automaker has sold more than 18 million vehicles to date.

Globally, it boasts 45 HEV models in its portfolio. The technology has also transcended into motorsport with four consecutive Le Mans 24 Hours victories under Toyota GAZOO Racing.

With its extensive experience developing this technology, UMW Toyota Motor has set its sights on revolutionising the local automotive landscape by bringing Malaysian motoring into a new era with HEVs.

“For the immediate future, we are absolutely positive that the HEV is the most accessible and realistic choice for Malaysian customers in terms of practicality and infrastructure, with an enormous potential for the local market,” says UMW Toyota Motor deputy chairman Akio Takeyama.

According to Takeyama, HEVs serve as a realistic bridge towards vehicle electrification while efforts are still being undertaken to help realise enablers for battery electric vehicles (BEVs) such as cost reduction and infrastructure development.

For the Malaysian market, Toyota HEVs present the most realistic, immediate, economical and practical solution for mass-market production. This is in relation to reduced CO emissions, practical usage and price acceptance by consumers. Based on the current energy mix in the country, HEVs are equally as effective as BEVs in terms of CO emissions, as well as have similar values in the process of vehicle production, energy generation and ownership over a period of 10 years.

With Toyota HEVs being at their most advanced today, the vehicles present a smart yet fun and powerful driving experience. Additionally, the HEVs do not require any new infrastructure to be built such as charging stations. They negate the need to be charged, thus completely eliminating any anxiety users may have in terms of limited driving range.

For Malaysian consumers, Toyota HEVs offer an environmentally conscious alternative with zero compromise on performance. Each HEV is backed by a highly efficient petrol engine with dual electric motors, providing efficiency, drivability, performance and a long range between refuelling, with the added benefit of lower emissions.

Additionally, Toyota’s new generation of HEVs are designed to offer a spirited drive with higher levels of performance, responsiveness, acceleration and handling, along with reduced levels of noise, vibration and harshness (NVH). A selectable EV mode allows the driver to command the vehicle using its electric motor whenever situations such as traffic crawls arise.

Each new generation of Toyota HEV is equipped with regenerative braking as well as the 4th generation Toyota Hybrid Electric System battery, which has been designed to last the vehicle’s entire lifetime. Also, building upon the automaker’s reputation of offering vehicles that are engineered to be reliable, durable and dependable, the new generation of HEVs are capable of withstanding the test of time, terrain and distance.

With Toyota making advances in its Hybrid Electric technology in Malaysia, it fuels the automaker’s ambition of achieving its target of net zero carbon emissions. This approach is proving to be beneficial for the local automotive industry as well as Malaysian consumers.

Toyota’s Hybrid Electric technology is set to contribute to Malaysia’s ambition of becoming a hub for advanced technologies while reducing its carbon footprint. It will also serve as a foundation for advancing future policies and act as a pathway for consumers to accept vehicle electrification in the not too distant future.