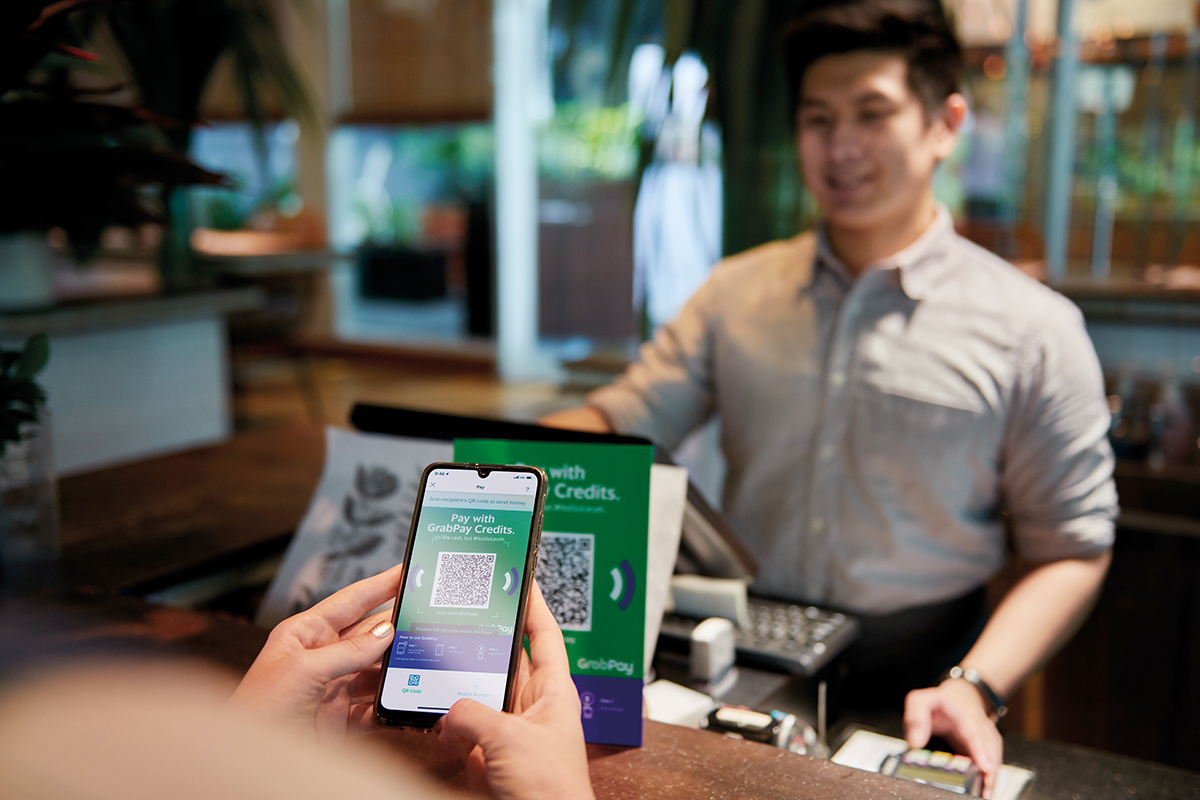 The Covid-19 pandemic, which has hit the world hard, has changed the way we do things. Even the most arbitrary of tasks like using cash has become a cause for major concern.

With this major redirection, one sector has thrived and kept Malaysia's economy from stagnating in the process while providing a lifeline for millions by making it easier for them to access essentials such as groceries and medicines.

The digital economy had been thrust into the spotlight with many businesses taking the leap to go online and implement the use of digital wallets or e-wallets as a safety precaution to maintain social distancing as part of the new norm.

This is a critical enabler in the new normal, which continues to keep the economy ticking by helping small and medium enterprises (SMEs) to stay afloat while providing consumers a wide range of brands and businesses to choose from. Moreover, during the Movement Control Order (MCO) period that began on March 18, many set up small businesses online to cope with the job loss and to supplement their income.

The government has ramped up its efforts to financially back the digital economy since the pandemic hit, with businesses such as Grab lending a hand. Its Grab Digital Small-Biz (GDS) programme, aimed at helping small businesses adapt to the new normal, includes tools and initiatives that help offline businesses transition to online, as well as assist those already on the Grab platform to expand their visibility and adapt their operations to an increasingly digital world.

In October, the government announced that it would provide grants of up to RM5,000 to support SMEs as they embrace the advent of Industrial Revolution 4.0 in digitising their businesses. Through the Ministry of Finance, the government is collaborating with Bank Simpanan Nasional (BSN), SME Bank and Malaysia Digital Economy Corporation (MDEC) to manage these grants. It has allocated RM500 million to this endeavour.

The e-Tunai Rakyat campaign also saw a surge in Malaysians using digital payments, as the government provided a prepaid amount of RM30 to use digital payments for daily necessities. A whopping 70% of them spent the money at GrabPay merchants while almost 50% actively used the Grab platform throughout the MCO period.

During the lockdown, according to Grab's data, it recorded a 60% increase in users, which is a major indicator that Malaysia is slowly shifting towards being a cashless society.

According to a new study by strategy consulting firm YCP Solidiance in July, the country's digital economy is estimated to be worth more than RM270 billion, which is roughly 18% of Malaysia's gross domestic product (GDP). This makes the country more digitally mature than many in Asia-Pacific, and also a digital step ahead of several Western economies. This figure is poised to reach 20% by year-end.

A study by Visa indicates that nearly 70% of Malaysians will continue using digital payments.

Leveraging its various digital platforms and services, Grab is now homing in on traditional businesses such as food courts and wet markets to ensure that they are not left behind. Many of these places are starting to embrace the digital platform.

"I signed up to be a Pasar merchant just before the MCO began. At first, I thought, why not? You don't hear of market vendors using an app to sell their fresh produce. As the MCO tightened, it was harder for my customers to come and buy my ulam. So, Grab is a great way to get more customers," says Al Hafiz Abdul Rashid Chaw of Ulam Melayu, Pasar Besar TTDI.

"My advice to anyone thinking of using technology to get more customers - just go for it! It's really easy and, especially in moments like this when many other types of businesses are struggling, you can still earn some money! In fact, I once had 40 orders in just 15 minutes!"

Simultaneously, Grab has focused on household brands that are consumer favourites, making their favourite brands easily accessible. The platform also gives consumers the opportunity to accumulate points with purchases that they can use for other transactions. This is a value-added benefit to the consumer. "As more consumers began leveraging digital platforms for their needs, merchants had to find new and innovative ways to continue serving them. Typically, in such moments of crisis, the most negatively affected are the smaller businesses, the small traditional local businesses, food courts and the neighbourhood mom-and-pop shops, which may lack the resources and knowledge to transition online. Knowing this, we had to act quickly to provide new means for these merchants to stay connected with their customers and transact and engage with them," says Priyanka Madan, head of GrabPay at Grab Malaysia.

With the government's roll out of the Shop Malaysia Online and ePenjana campaigns, Malaysians have contributed more than RM130 million to the economy. ePenjana is an initiative under the Short-Term Economic Recovery Plan (Penjana) aimed at encouraging consumer spending through digital payments. Eligible Malaysians were allowed to redeem e-wallet credit worth RM50.

More than 93% of the money disbursed to Grab users was used by the end of the campaign, with Johor Baru, Penang and Kota Kinabalu being the top three cities outside the Klang Valley in terms of credit redemptions. In addition, more than 40% of inactive users prior to the launch of ePenjana claimed the RM50 through Grab and have remained active on the platform since - proving that the campaign has been a success in encouraging the adoption of digital payments among consumers.

It should be noted that the touchpoints of businesses for people to use their e-wallets grew 25% nationwide. This includes household brands across all essential categories such as groceries, pharmacies, food, electronics and hardware.

Weekly spending for ePenjana grew 40%. Although the e-Tunai Rakyat campaign was a success by any measure, it only grew 13%. This is proof that such partnerships between the government and Grab should be fostered. This, in turn, would encourage more businesses to adopt the digital economy, thus helping to grow the nation's economy.

"The digital agenda has long been on the government's plans - as evidenced by the e-Tunai Rakyat and ePenjana initiatives - but necessity is the mother of all innovations. The pandemic has no doubt accelerated the need to transact online and we are fortunate to be nimble to adapt our business accordingly to support this."

She adds that Grab needs to create more income opportunities for the ecosystem of merchants and partners by continuing to introduce initiatives that will enable them to thrive in the digital economy.

Some of its initiatives include: "As a result of our initiatives, we welcomed over 8,000 new merchants during that period to our platform and our merchants' sales grew 15% via the GrabPay link," says Priyanka.

With Grab at the forefront of the digital economy, striving to make online payments more seamless for all, it is hard to see Malaysia going back to the cash-centric economy it once was. The challenge now is ensuring nobody gets left behind.