Challenges with retirement savings in a pandemic 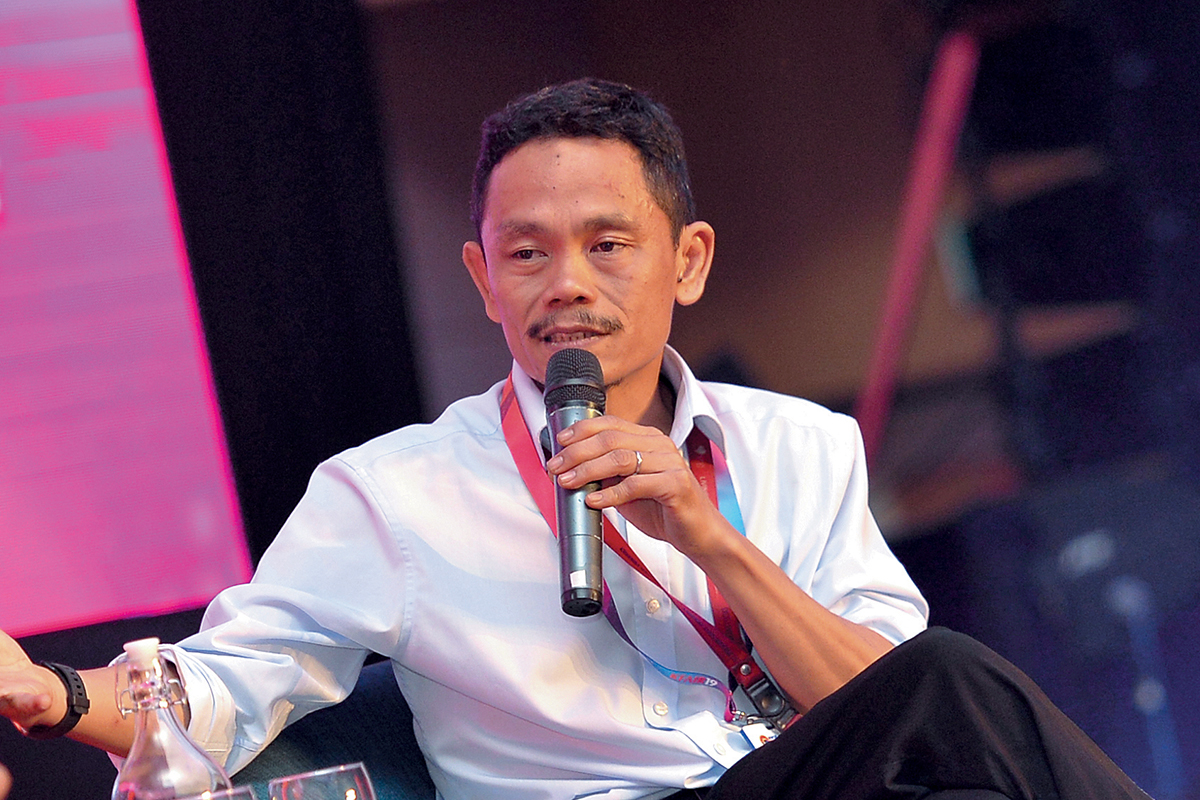 A recent landmark global retirement study shows mixed results for Malaysia’s retirement and pension prospects. This is a problem because the country is just a decade away from ageing nation status. Simply put, as the population grows older, the need for sustainable, long-term retirement funds is going to become that much more important.

This concern has been exacerbated by the Covid-19 pandemic and the damage it has done to individuals and businesses.

According to the Mercer CFA Institute Global Pension Index 2020, Malaysia has a C+ rating, putting it alongside the UK, Belgium, Hong Kong, the US and France.

The C+ grade denotes a system that has some good features but also comes with major risks and/or shortcomings that should be addressed. If these improvements are not made, the efficacy and long-term sustainability of the retirement infrastructure would be called into question.

But really, this is just the latest in a series of worrisome indicators about retirement security in Malaysia. In July last year, Department of Statistics Malaysia (DoSM) chief statistician Datuk Seri Dr Mohd Uzir Mahidin warned that Malaysia is expected to become an ageing nation by 2030.

A country is regarded as “ageing” once the percentage of people aged 60 and above hits 15.3%. The latest available data suggests that the elderly presently make up a little over 10% of the population.

While the country has undoubtedly made great strides in reducing overall poverty, data indicates that a large chunk of the population is still vulnerable to unexpected financial hardships.

Indeed, the Khazanah Research Institute’s (KRI) The State of Households report for October found that while the nation’s absolute poverty rate declined sharply between 1989 and 2019, many household incomes were only slightly above absolute poverty. This means that they were at risk of falling into severe deprivation.

Perhaps unsurprisingly, this vulnerability is reflected in retirement savings and contributors have been severely tested in what has been an all-round traumatic 2020 so far.

According to the latest data in September, active Employees Provident Fund (EPF) contributors make up just over half of all registered members. This comes up to 7.54 million, out of a total membership of 14.8 million. Of this number, as many as 54% of contributors aged 54 have less than RM50,000 set aside for retirement.

In a May interview with The Edge, KRI senior research associate Hawati Abdul Hamid noted some worrying findings. “More than 80% of EPF contributors do not meet the minimum savings target of around RM240,000 by retirement age, and the bottom 20% of contributors average less than RM7,000 in savings.”

enforced shutdowns, this is unlikely to be a long-term solution. In any event, Hawati said the bottom 20% of contributors simply do not have enough money in their Account 2 to last them 12 months, even at a withdrawal rate of just RM500 a month.

Hawati was referring to the EPF’s i-Lestari scheme launched in April as part of the government’s Prihatin stimulus package. This scheme, which allows members to withdraw between RM50 and RM500 monthly from Account 2 until March next year, is meant to help members bridge any income shortfalls during the pandemic.

In addition, the EPF early this year reduced the minimum statutory contribution rate for employees from 11% to 7%. The new rate became effective in April and runs through to the end of the year. Employees do have the option of maintaining the 11% contribution rate, by completing Notis Pilihan Mencarum Melebihi Kadar Berkanun KWSP 17A (Khas), which is available on www.kwsp.gov.my.

An additional Covid-19 assistive measure saw EPF offering financial advisory services to all members and employers, in the form of Retirement Advisory Services (RAS) and Employer Advisory Services (EAS) respectively. Members or employers can make an appointment with the EPF to obtain advice on all matters pertaining to managing their finances, from budgeting, saving and retirement planning to company cash flow.

Even with supportive but temporary measures in place, recent EPF surveys have suggested that the implications on retirement prospects this year are going to be felt for years to come.

The Survey on the Impact of Covid-19 on EPF Members was conducted throughout July on 21,665 EPF members, with more than half of them coming from B40 households. The majority of the respondents were in formal or permanent employment, with the remaining respondents comprising contract or informal workers, or the unemployed (taken to include retirees, students and stay-at-home parents).

The general sentiment among respondents was worrisome, but not entirely unexpected, with half reporting increased stress levels during the Movement Control Order (MCO), which was implemented in March. Income stability and health were identified as major short and long-term concerns. Having said that, stress levels were reported to have improved as the year went on, and overall conditions improved post-MCO.

News around retrenchment and loss of jobs throughout the year would have likely been the sources of stress for the respondents, and data on job losses among respondents certainly bore this out. Nearly all (96%) of respondents in the formal sector remained employed during the MCO, though two in five were given reduced pay or put on unpaid leave. Two per cent of respondents had to leave their jobs, while three out of five reported earning less than RM2,500.

The findings were grimmer for the informal sector, with just 51% of respondents maintaining their current employment during the MCO. Half of those ended up having to work on reduced pay, or alternatively, put on unpaid leave. A further 20% of informal sector respondents meanwhile, reported retrenchment, with four in five of them earning less than RM2,500.

In addition to the members’ survey, the EPF also conducted a survey among small and medium enterprises (SMEs) to gauge their experiences during the MCO. The Employer Advisory Services (EAS) Covid-19 Survey was conducted in June, polled from a sample of 14,000 active employers registered with the EPF.

Wages and salaries (55%) was the top financial challenge among employers, followed by rent (49%) and working capital (48%). When asked about business continuity challenges, nearly 60% cited domestic demand and marketing as the biggest challenges for continuity.

Meanwhile, 62% of respondents reported business activities being affected in the first month of the MCO (March). The number decreased sharply in April (23%), and again in May and June. Even so, many SMEs still struggle to improve their revenues as nearly three quarters of respondents (74%) reported a decline in sales after the MCO.

Long-term business continuity was identified to be an area of concern for employers, with 57% of them saying they would continue their operations, but at a lower capacity. A further 5% reported having to shutter their businesses entirely. Only the remaining 38% reported being able to continue operations as normal.

The EPF wants to hear from everyone In light of the survey findings, the Employees Provident Fund (EPF) is inviting all members of the public to participate in the EPF 2020 Public Consultation Survey. The survey takes on an unprecedented urgency this year, given the economic devastation that the Covid-19 pandemic has wrought on the economy and on the everyday lives of Malaysians.

The survey will be online until Dec 3 and is part of the EPF’s plan to help members achieve a better future while safeguarding their retirement savings. The survey, which is accessible to working Malaysians as well as non-citizens working in the country, can be found at survey2020.kwsp.gov.my

This is your opportunity to have your perspectives shared and to have a say in how the EPF charts its long-term course for its members, in particular, taking into account the year that has been. The provident fund hopes to gather as much input as possible in order to develop, improve and potentially redesign the EPF scheme for the future.

The aims of the survey are as follows:

•     To obtain public views and opinions related to the existing EPF scheme;

•     To understand the needs of members and prospective members before and after retirement;

•     To strengthen aspects of direction and strategy in implementing improvements to the EPF scheme and its products and services.

EPF chief strategy officer Nurhisham Hussein in a statement noted how, in addition to the changing needs of EPF members, the overall job landscape and work culture has also undergone a big change, particularly with the adoption of technology over the years. “The time is ripe for us to look at the EPF scheme. To do this well, we must solicit the public’s opinion. We want to know what they think on how we can improve or do better,” he added. Nurhisham said, “The survey’s focus is on matters which our members have, in recent years, brought to our attention. While we have done our best to respond with various innovations and service improvements, we feel that we can improve even more by asking more specific questions at the heart of members’ aspirations.

“Therefore, for this year’s survey, we have questions covering areas such as contributions, withdrawals, dividends and the EPF account structure. We wish to emphasise that the survey is for the public, whether they are EPF members or not, as we want to hear from everyone to design an EPF scheme that is inclusive and sustainable.”