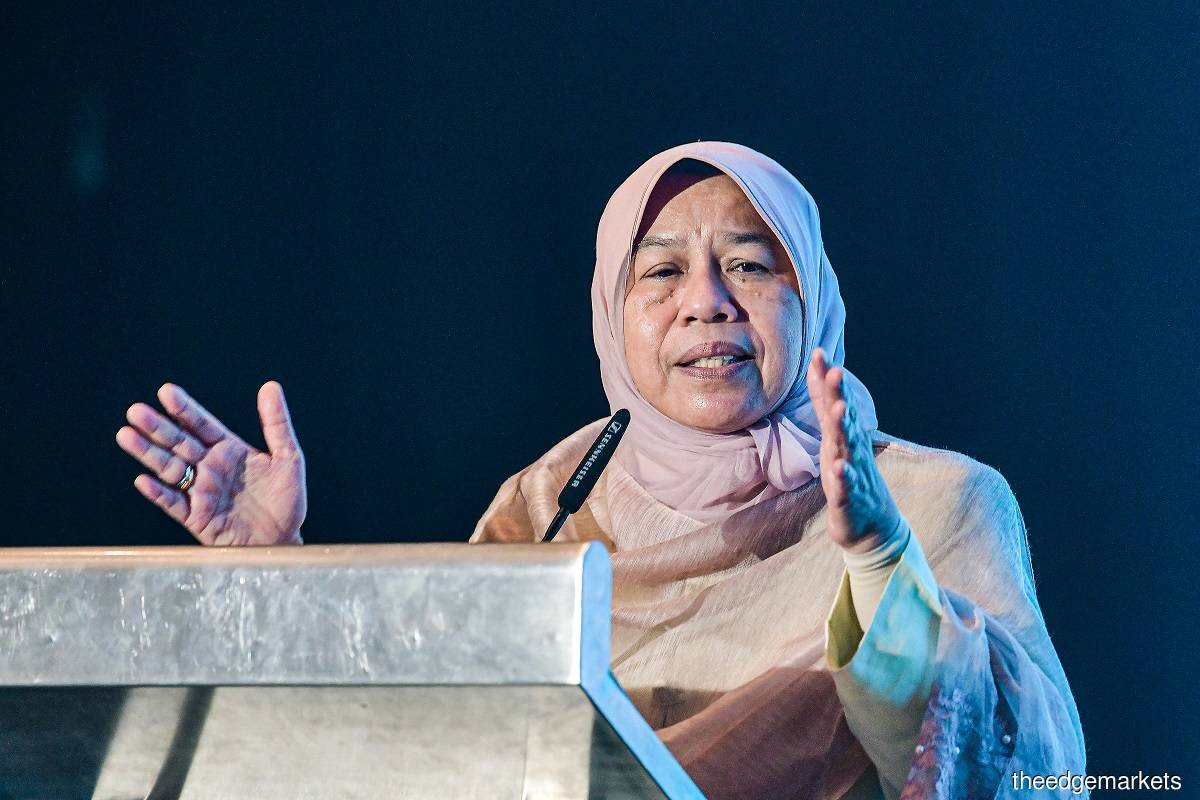 Zuraida said a certification for the rubber gloves industry similar to the MSPO Certification Scheme would show that the country is taking the forced labour allegations seriously. (Photo by Zahid Izzani Mohd Said/The Edge)

The minister said a certification for the rubber gloves industry similar to the Malaysian Sustainable Palm Oil (MSPO) Certification Scheme would show that the country is taking the forced labour allegations seriously.

“They (Margma) should be developing a new certification like MSPO, a certification to show that Malaysia, especially the agro commodities (industry), is very serious about putting right [the forced labour allegations] because that is our (nation’s) income,” she said.

“The palm oil [industry] is number one, the rubber [industry] is number two, there is no way we [will] fool around with this issue [that caused us] to be sanctioned, especially by the US Customs and Border Protection (CBP) in the United States and also the European Union.”

Zuraida was speaking during the launch of the Malaysian Rubber Council (MRC)’s new guide entitled “Addressing, Preventing and Eliminating Forced Labour in the Rubber Industry in Malaysia” on Monday (Aug 8) at Hilton Kuala Lumpur.

Margma later told The Edge on the sidelines that the paperwork for the certification is “on track” and can be expected to be introduced in a year’s time.

“We will have to work on getting the certification for rubber gloves to be recognised by all our customers worldwide. We are working with the International Labour Organization (ILO) as they are our partner,” said Margma president Dr Supramaniam Shanmugam.

In her speech, Zuraida said she has informed CBP and the EU that their verification process towards Malaysia was “not fair”.

“I hope they will be more informed about the way we Malaysians work. [While] we are very progressive, of course our oil palm plantations differ from their soybean oil plantations.

“For instance, our oil palm or rubber plantations, the smallholders stay in the plantation, the children stay with the family. So where would the playground of these children be? Their playground is the plantation itself. So if you see them picking one of the rubber seeds or palm oil seeds, it is interpreted as, and they charged us with, child labour, [which] is not fair.”

On that note, she added that the ministry is already looking into setting up education centres for the local and migrant workers in both rubber and oil palm plantations.

“The big industry players will assist in setting up these education centres for the workers,” she told the media after the launch.

Over the past two years, eight Malaysian companies from the plantation and glove sectors have been subject to Withhold Release Orders (WRO) by the CBP.