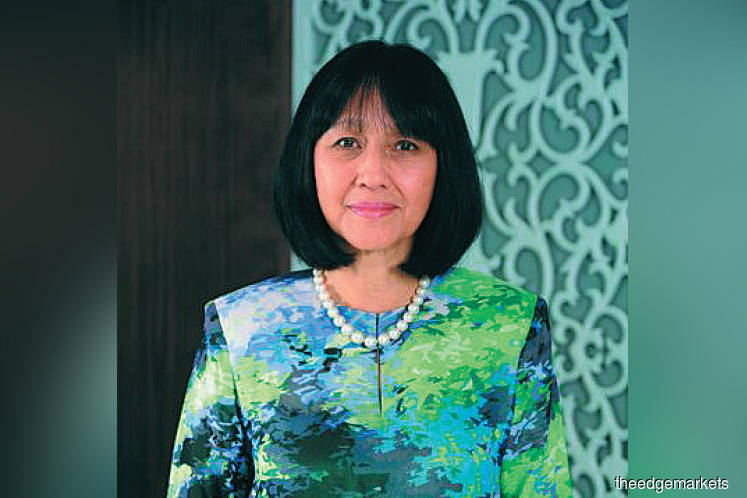 KUALA LUMPUR: The post of chairman at Malaysia Debt Ventures Bhd (MDV), a wholly-owned subsidiary of the Minister of Finance Inc (MoF Inc), has fallen vacant after Tan Sri Zarinah Anwar’s contract ended last month and was not renewed.

The Edge Financial Daily learnt that Zarinah had decided to voluntarily vacate the chairmanship at the non-bank financial institution’s board of directors after her contract came up for renewal in July and there was no news forthcoming on a contract extension from MoF Inc.

“In an email last month, Zarinah told the staff she decided to leave her post at MDV as there was no news on a contract extension,” a source familiar with the matter said.

Zarinah was appointed chairman to the board of MDV in 2013. MDV’s mandate is to provide project and financing facilities to high-potential technology and technology-based companies. Since its inception in 2002, MDV has disbursed RM11.5 billion in financing to some 750 technology companies.

Zarinah is most recognised as chairman of the Securities Commission Malaysia (SC), a position she held for six years until her retirement in March 2012. She had previously served as the deputy chief executive of the SC since December 2001.

According to the Jeffrey Cheah Foundation website, prior to joining the SC, Zarinah spent 22 years with the Shell Group, serving in various capacities across Shell’s diverse business interests in Malaysia. She was the deputy chairman of Shell Malaysia before leaving to join the SC at the end of 2001.

Zarinah graduated with an LLB (Hons) from the University of Malaya and started her career in the government’s legal and judicial service before joining Shell in 1979.

She is also a member of the board of Petroliam Nasional Bhd since Aug 7, 2015 and a trustee of the Razak School of Government, Yayasan Hasanah and the Jeffrey Cheah Foundation, and is a member of the Academic Advisory Council of Universiti Teknologi Petronas.

Zarinah’s departure from MDV is one of many top-level movements in government bodies and government-linked companies in recent times, following the Pakatan Harapan coalition’s historic win in the 14th general election on May 9.

On Aug 2, it was also reported that the government was likely to reorganise the various funds that were set up to venture into businesses related to the new economy, following their below par performance. MDV was one of the funds recently placed under the energy, science, technology, environment and climate change ministry, led by Yeo Bee Yin.