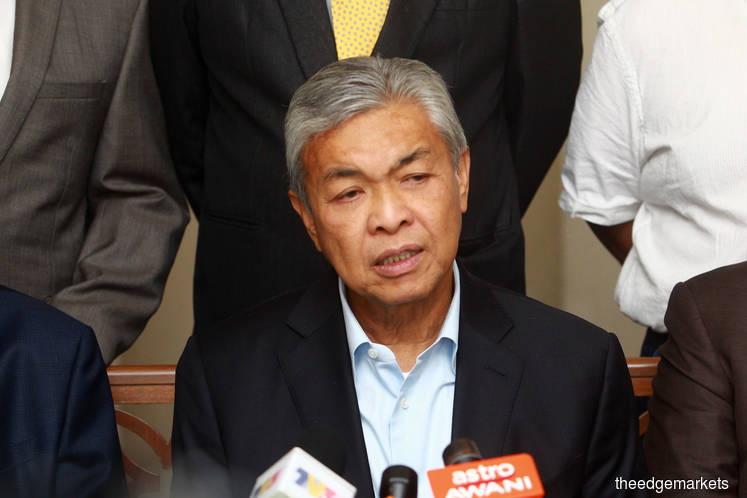 KUALA LUMPUR (Dec 2): Umno President Datuk Seri Dr Ahmad Zahid Hamidi's defence lawyer suggested at the High Court here today that Ahmad Zahid did not sign the cheques to repay his credit card debt as the Chemistry Department of Malaysia was not able to determine the authorship of these signatures, because they were produced with a stamp.

Ahmad Zahid, who is also ex-deputy prime minister, has been accused of using money belonging to Yayasan Akalbudi, to repay his credit card debt. He had pleaded not guilty to a total of 47 charges, 12 of which are for criminal breach of trust, eight for bribery and 27 for money laundering involving millions of ringgit belonging to Yayasan Akalbudi.

Hisyam tendered the report during cross-examination of the ninth prosecution witness Anoop Singh Gulzara Singh, who is Malayan Banking Bhd's vice-president in charge of the credit card fraud and dispute management department.

Hisyam suggested to Anoop that based on the Chemistry Department's report, Ahmad Zahid did not sign the cheques to repay his credit card debt and that it was the former's deputy prime minister's personal assistant Major Mazlina Mazlan who signed them.

Anoop said he was not able to tell whether such inference is correct or not.

In the Chemistry Department's report, document examiner Siti Nur Musliha Mohamad Noor was quoted as saying she was not able to form an opinion on the authorship of the signatures as they were produced using a stamp and not handwritten.