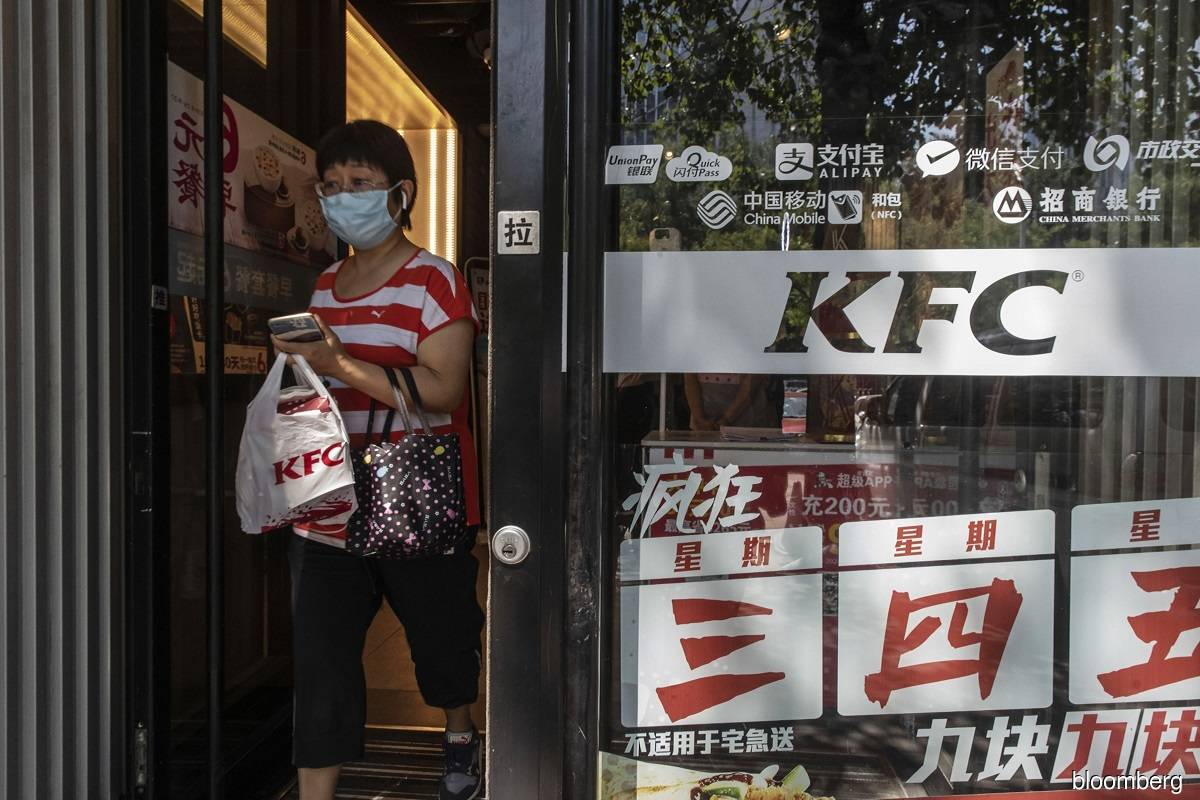 The operator of KFC, Pizza Hut, and Taco Bell restaurants in China closed 5.3% lower today following its US$2.2 billion secondary offering. No company selling at least US$1 billion of stock ahead of listing in the city had fallen since Shenwan Hongyuan Group Co dropped 12% in April 2019, according to data compiled by Bloomberg. Yum China is also the first US-listed firm to slip on day one since Alibaba Group Holding Ltd started the current run last November of having shares also trade in Hong Kong. US market volatility and the outlook for American brands amid escalating tensions with China have cast a cloud over Yum China's offering. Its US shares have retreated 7.8% this month to their lowest since early August. The tensions are not a big concern for Yum China, chief executive officer Joey Wat told Bloomberg TV today morning. She added the company still aims to open at least 800 stores in China this year.

The losing commencement by Yum China contrasts with what has been a hot market for initial public offerings (IPOs) in Hong Kong. IPOs this year raised a combined HK$147.7 billion through August, 74% above year-earlier levels, according to data from Hong Kong's stock exchange operator. The pipeline remains strong for the remainder of the year, highlighted by Ant Group Co's plan to go public next month in both Hong Kong and Shanghai.

Yum China's new shares were 52 times subscribed by retail investors, a ratio that beat nearly two-thirds of new offerings in the city this year, data compiled by Bloomberg show. The company's fundraising schedule clashed with the IPO by Nongfu Spring Co, whose retail oversubscription rate topped 1,100.

New offerings have been particularly popular with Hong Kong retail investors this year, as ample liquidity encouraged banks to lend and more technology firms list in the city, spurred by restrictions imposed on some in the US. Seven of the 10 best IPO debuts in Hong Kong in the past decade took place this year, based on deals that raised more than US$100 million, Bloomberg data show. Also, one-third of Hong Kong's 36 total IPOs since June 1 saw first-day price declines.

"We feel this year is a right time to do it because the Hong Kong IPO market is doing incredibly well," Wat said in an interview with Bloomberg. "Hong Kong investors know the business in China a lot better than investors in other places."

Yum China continues to target opening 800 to 850 new stores this year despite impacts from the coronavirus. Wat said the company has been able to get better locations, especially in top-tier cities, as smaller peers have to leave the market. The firm's overall store count hit 10,000 in July, helped by April's acquisition of a controlling interest in Huang Ji Huang. That chain has more than 600 restaurants.

"The outlook for China's fast-food sector is promising, as demand is strong and new players are still attracted to enter the market," said Wat. She added it may not be a bad thing for Yum China that consumer spending slows in the country since people with tighter budgets may opt to go to the likes of KFC.

China's retail sales at restaurants and catering businesses fell 11% from a year earlier in July, lagging other consumer segments. When reporting second-quarter results, Yum China reported a sputtering recovery from the pandemic, with sales improving in April and May but weakening again in June. Sales were expected to remain under pressure this quarter.