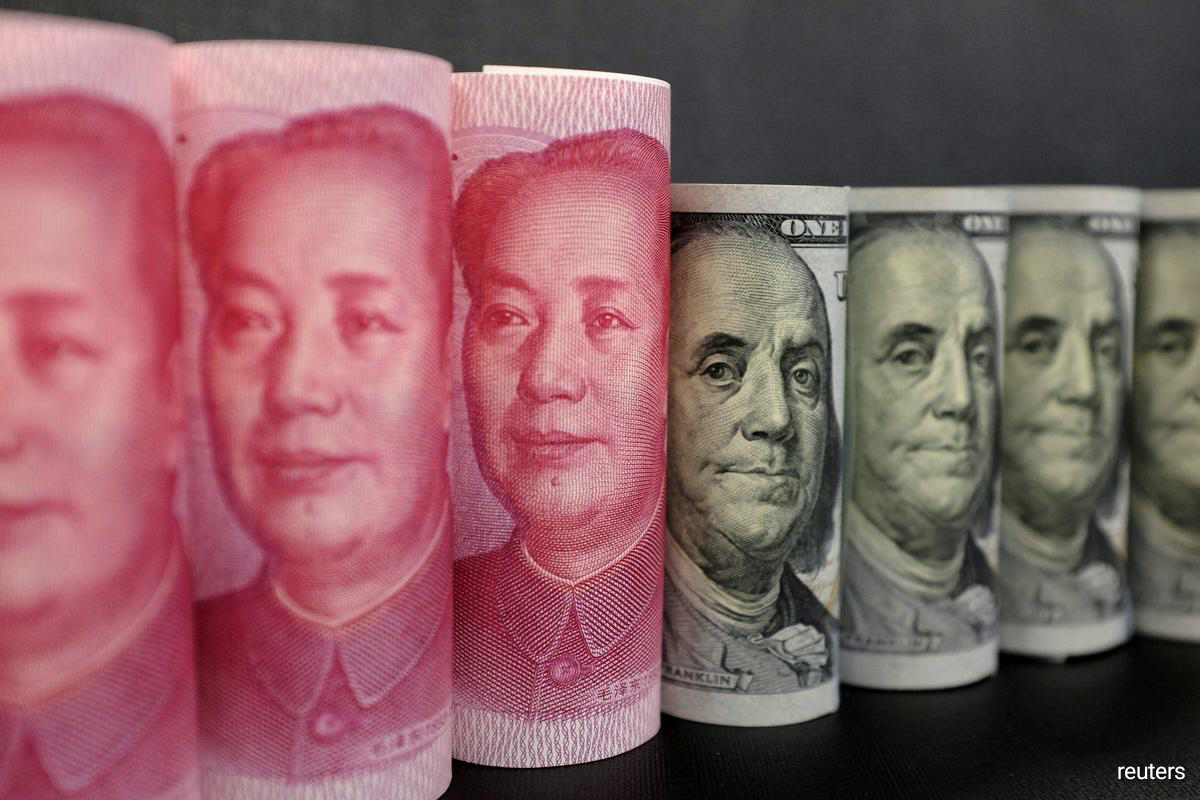 The yuan surged in both offshore and onshore trading. The offshore yuan hit a 16-month high of 6.7725 versus the U.S. dollar before easing slightly CNH=EBS. (Photo by Reuters)

LONDON (Sept 15): The yuan jumped to its highest in 16 months versus the dollar on Tuesday after Chinese data pointed to an economic recovery after coronavirus-linked shutdowns, while the dollar dipped as risk appetite improved.

The yuan surged in both offshore and onshore trading. The offshore yuan hit a 16-month high of 6.7725 versus the U.S. dollar before easing slightly CNH=EBS.

“Overall, the latest monthly activity data provides encouragement that positive cyclical momentum in China will be sustained through the rest of this year,” wrote Lee Hardman, currency analyst at MUFG.

He said the data was “a supportive development for Asian and commodity-related currencies such as the Australian dollar.”

The U.S. dollar slipped, although it recovered some of its overnight losses in early London trade leaving the dollar index =USD 0.1 percent lower on the day at 92.946 by 0718 GMT.

U.S. industrial production data is due at 1315 GMT, while the market is looking ahead to the Federal Reserve’s two-day policy meeting starting on Wednesday.

“Another good August industrial production figure out of the U.S. today should maintain the positive mood going into tomorrow’s FOMC meeting,” wrote ING strategists in a note to clients, adding the dollar index could still drift down to 92.50.

Riskier currencies gained, with sentiment also boosted by hopes for a COVID-19 vaccine.

British drugmaker AstraZeneca restarted its vaccine trial in Britain on Saturday but it remains on hold in the United States.

The Australian dollar rose after the country's central bank meeting minutes showed no signs of a further cut to record-low interest rates. It was at 0.7323, up 0.5% on the day AUD=D3.

Australia recorded its first day without a COVID-19 death in two months.

The Swedish crown was up around 0.1% at 8.754 SEK=D3 while the Norwegian crown fell around 0.3% NOK=D3, taking a hit as oil prices extended their fall.

The pound showed little reaction to the UK government winning an initial vote on its controversial Brexit bill.