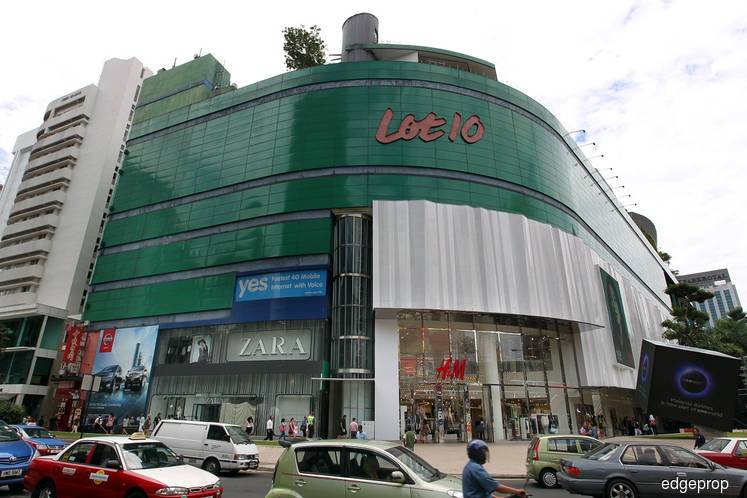 KUALA LUMPUR (Oct 19): Tan Sri Yeoh Tiong Lay, the founder of the YTL Group, had passed away peacefully yesterday at the ripe old age of 88.

By tonight, mourners will congregate at the late billionaire’s mansion — a magnificent silver edifice atop the peaks of Damansara Heights — to pay their last respects to the illustrious man.

He leaves behind not just his wife of over sixty years, seven children, 27 grandchildren and five great-grandchildren, but also a multi-billion ringgit conglomerate with interests in utilities, contracting, construction, cement manufacturing, property development and investment, hotel development and management, e-commerce initiatives and internet-based education solutions and services that span Malaysia, Singapore, Indonesia, Australia, Japan, the UK and China.

The group’s presence in Kuala Lumpur can be seen in some of its more defining developments, from popular malls to urban rejuvenation projects. EdgeProp.my lists a few of them.

The landmarks within this urban renewal project include the Kuala Lumpur Performing Arts Centre and luxury condominiums The Capers and The Fennel.

The seven-floor shopping mall is the home of international and luxury brands sitting right in the heart of Bukit Bintang. There is a 20,000 sq ft space in the mall that hosts luxurious watch brands including Audemars Piguet, Chopard, and Khronos-Unique Horlogerie. The shopping mall also integrates two hotels, Ritz-Carlton and JW Marriott, that are owned and managed by YTL Corp Bhd.

This 30 million sq ft mall is just a street away from Starhill Gallery and is currently on the last leg of its 18-month transformation since June 2016. It also revealed a new mascot – the 4m-tall bear called Lottie which symbolises youthfulness in line with the mall’s motto of “Meet. Play. #LoveLot10”. Some of its anchor tenants include H&M, Zara and most recently, Isetan The Japan Store. Meanwhile, Lot 10 Hutong is a food court within the Lot 10 Shopping Mall offering some of the best hawker fare that have been passed down from generation to generation.

Aside from its famous high-tea sets, do you know that it was built in 1932 by the Dutch architectural firm Keyes and Dowdeswell for the Trustees of the Estate of Loke Wan Tho, the youngest son of the businessman and philanthropist Loke Yew? The hotel was the largest and grandest in the whole of Kuala Lumpur in days of yore before it was overshadowed by bigger hotels in the 1970s. The hotel was then gazetted as a heritage building under the Antiquities Act. From 1984 until 1998, it was home to the National Art Gallery until it was relocated to its current premise. YTL Hotels was appointed to restore the hotel into the beautiful gem that it is today.

No two Small-office Home-offices (SoHos) are the same in Centrio. Located at Pantai Hillpark, Bukit Kerinchi KL, the project was completed in 2010. The project comprises SoHo units, office suites, boutique garden offices and retail stores. Every SoHo unit is a duplex featuring two-storey expansive ceilings. The project received such great response, so much so that the first phase of the SoHos were sold out in the first two days.