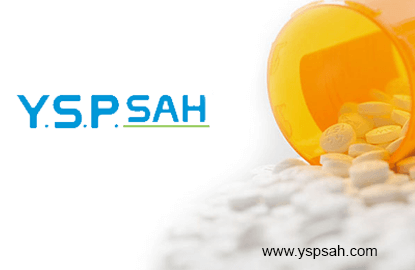 KUALA LUMPUR (July 27): Shares of YSP Southeast Asia Holdings Bhd (YSPSAH) fell as much as 9.3% in today's trading, after it was slapped with an unusual market activity (UMA) query by Bursa Securities last Friday over the recent spike in price of its shares.

The pharmaceutical company had replied that it was unaware of any corporate development, rumour or report that may have contributed to the UMA.

As at 2.40pm today, YSPSAH shares were traded down 9.3% or 32 sen during the afternoon session to an intraday low of RM3.12. It was one of the top losers on Bursa Malaysia.

YSPSAH (fundamental: 2.5; valuation: 1.4) was picked as a Stocks With Momentum by The Edge Research on May 19 this year.

According to The Edge Research, the counter is currently trading at 22.68 times of its price to earnings ratio (P/E).