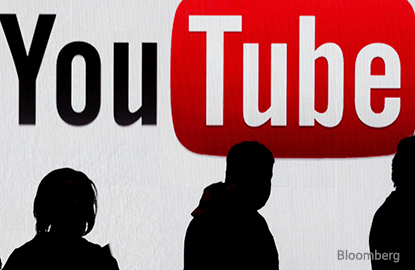 LOS ANGELES (April 16): Google’s YouTube is developing new musical talent as part of an initiative called Foundry, as the company aims to improve strained relations with the music industry and bring more exclusive programming to the world’s most popular video site.

YouTube said it has already hosted workshops with more than two dozen artists at its production facilities in Los Angeles and London to teach them how to better use the site, and will hold another in New York later this month with five artists, including hip-hop artist BJ the Chicago Kid and R&B singer Gemaine. Videos of live sessions recorded during those workshops will first appear on YouTube next week.

YouTube executives have also been reaching out to peers in the music industry and have scheduled meetings over the coming weeks to discuss a deeper collaboration, according to people familiar with the talks who asked not to be identified because the plans aren’t public. In meetings so far, YouTube has outlined ways to better promote artists and bring more exclusive videos to the service, the people said.

Like Spotify Ltd. and Apple Inc., YouTube wants exclusive content to entice potential subscribers and stand out in a crowded market. Spotify, which offers both a pay and free ad-supported service, has hired a former TV-programming executive to produce original videos, while Apple Music has secured exclusive album releases from artists such as Drake.

For YouTube, music makes up more than 30 percent of videos watched on the site owned by Alphabet Inc.’s Google, which has provided a breakout platform for stars like Justin Bieber and Pentatonix.

Foundry is YouTube’s latest effort to nurture artists that use the service to attain success and celebrity. The company will highlight videos from Foundry artists in its music app via a playlist feature, and has floated similar initiatives with music industry executives, the people said.

Funding video production isn’t new for YouTube. The company is financing and producing entertainment series featuring homegrown stars like PewDiePie, Lilly Singh and the Fine Brothers. Original programs are one of several features that YouTube is using to develop its paid service, Red, which combines Google’s music subscriptions with entertainment, news and music videos. And YouTube has already created dedicated apps for kids and gamers.

The potential opportunity to star in a Web TV series is one of many enticements YouTube is offering musicians, according to the people. The company has discussed creating a place on the site to promote artists and songs, and has offered its production and post-production facilities -- known as YouTube Spaces -- to shoot videos, the people said.
Frosty Relations

The outreach comes as YouTube is in the process of negotiating new licensing deals with record labels, many of which have expressed frustration with the site in filings to the U.S. Copyright Office.

Record labels, artists and trade organizations are seeking changes to the Digital Millennium Copyright Act, which established rules for how copyrights are policed online. According to the music industry, the law makes it too difficult to limit the spread of copyright-infringing materials.

Payments from free music services haven’t increased commensurate with their use. While 68 million paying subscribers contributed $2 billion in sales in 2015, according to the International Federation of the Phonographic Industries, more than 900 million users of ad-supported services contributed $680 million.

This so-called value gap is why big record labels have been pushing free music services like YouTube and Spotify to convert more users into paying subscribers.

YouTube says it pays the labels, follows the law and helps hunt down and remove pirated materials with its Content ID program. Since January 2014, more than 98 percent of all YouTube copyright-removal claims have come through Content ID, according to the company.

“Thanks to Content ID, record labels do not have to rely solely on the DMCA’s notice-and-takedown process on YouTube -- they can remove any or all user-uploads of their works from the platform on an automated and ongoing basis,” YouTube said in a recent filing. “Although business partners can be expected to disagree from time to time about the price of a license, any claim that the DMCA safe harbors are responsible for a ‘value gap’ for music on YouTube is simply false.”

These disputes haven’t stunted YouTube’s pursuit of exclusive content at major music festivals, or its efforts to engage musicians at its own live events.

YouTube and two of the three major record labels are co-owners in Vevo, a company that distributes music videos for those two labels, Sony Music Entertainment and Universal Music Group.

Vevo is working to develop its own subscription product, and will also fund original videos, as YouTube already does with Red. With Red, subscribers can watch YouTube clips without advertising, and listen to videos or music in the background while using other applications on their phone.