Youth voters are undecided and possible kingmakers if they show up 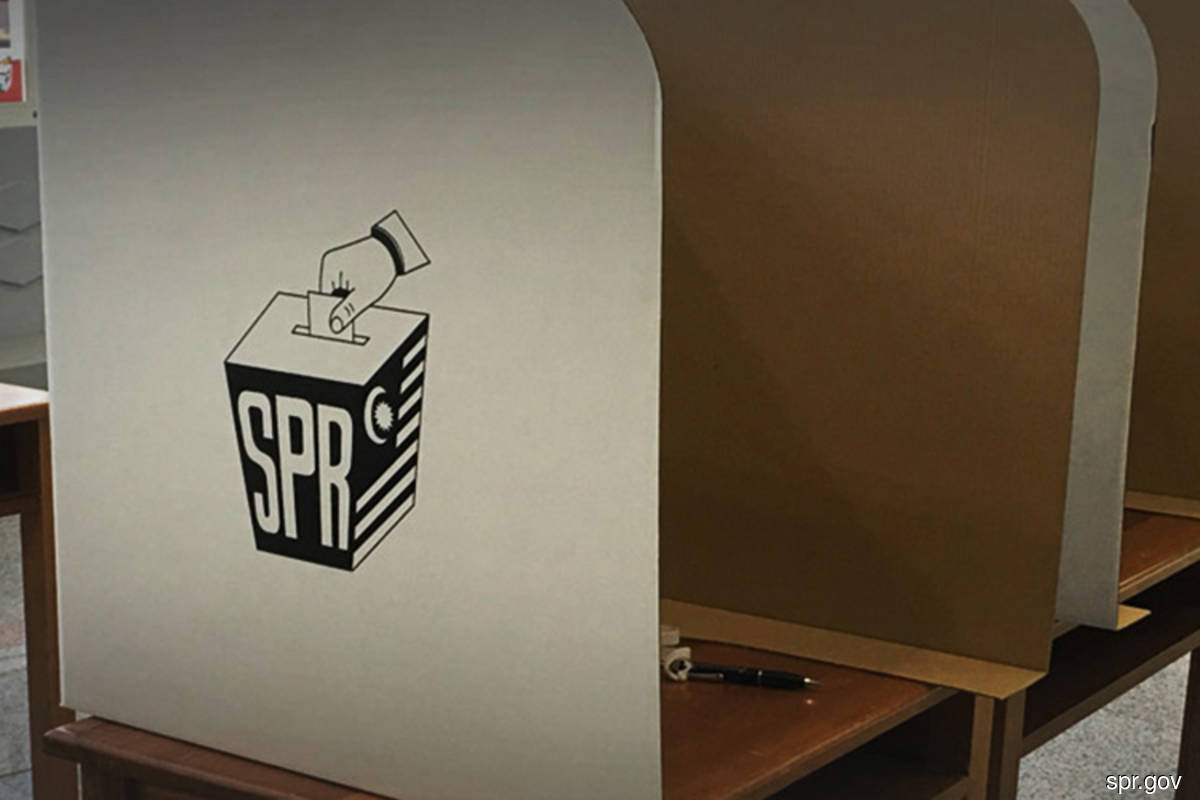 KUALA LUMPUR (Oct 12): Nazhatul Syafiqa has never voted before despite being eligible during the last general election. Neither did she register to vote.

But she no longer has to, thanks to the constitutional amendment that was passed by Parliament in September 2019 and came into effect in December last year, lowering the voting age from 21 to 18 and automatically registering all qualified Malaysians as voters.

Nazhatul, 26, told Bernama she is planning to vote when the time comes and will return to her hometown Bagan Datuk in Perak to do so.

But her party of choice is still undetermined as she tries to sort out which party would best tackle issues important to her, from corruption to the economy,

“Still in the midst of thinking about who to vote for. Still not sure,” she said.

What impact she and others of her ilk, the 6.9 million Malaysians newly added to the voter rolls, will have on the country’s political landscape is yet to be determined. Whether they will be the kingmakers, a force for change or cupbearers for the status quo, no one can be completely sure in the upcoming 15th general election (GE15).

That 18-year-olds and disinterested citizens have a right to vote is no longer a matter of dispute. But it was a long road to get here.

In 2019, Malaysia amended its Constitution to lower the voting age to 18, lower the minimum age requirements for candidates and register citizens aged 18 years and above as voters automatically.

Youth rights organisation Undi18 co-founder Tharma Pillai told Bernama it is important for 18-year-olds to have a say in how their government is run.

“Why do you not have a right to choose a government that decides all these responsibilities?” he said.

Now that 18-year-olds and others have been newly enfranchised, the question is, will they even show up to cast their vote?

“At this juncture, it is not quite clear if automatic voter registration of those 18 years and above will translate into a high youth voter turnout,” said Lee Min Hui, an analyst with the Institute of Strategic and International Studies (ISIS) Malaysia,

She said high political and civic participation usually indicates whether someone is likely to vote. However, studies and surveys have found that Malaysian youths are behind other countries in the region such as Thailand, Indonesia and the Philippines in the 2020 Youth Development Index.

And looking at other countries, youth voter turnout is low across the board. According to a 2020 New York Times analysis of 24 countries which recently held elections, youth turnout was lower than the general turnout in all those elections.

Nevertheless, activists hope Malaysia will buck that trend. One thing that gave them hope was the youth turnout in the Johor state election on March 12, 2022, four months after the amendment took effect.

According to an analysis by University of Nottingham-Malaysia research scholar and political analyst Bridget Welsh, 54% of the 18 to 21 age group voted in the Johor election, the turnout rate being the same as the 21 to 25 and 41 to 45 age groups, and surpassed only by the older groups.

In general, the turnout for the Johor election was lower than normal, coming in at above 50% of the state’s qualified voters.

“We also have the issue that this is such a new thing. Many people during the Johor election were not aware that they had the right to vote at 18. And they were also not aware they did not have to register ahead to be a voter,” he said.

The group comprising the 26- to 40-year-olds had the lowest estimated turnout rate in the Johor election. In the past, this age group’s turnout was relatively high and on a par with other older age groups.

Fann said most of the people in this age group tend to have left home for other areas to pursue higher studies or work. He added many probably decided against travelling back to their hometown because it was just a state election.

The fact that the country recorded a total of 29,409 new COVID-19 cases in the epidemiological week of March 7 to 13, requiring COVID-19 positive patients to be barred from voting in the Johor election, also contributed to the lower turnout rate.

However, Fann said he would not be surprised if this age group continued to record a low turnout rate in the coming general election compared to the other age groups.

“This group hadn't shown interest in voting in the first place, and this would include many 18- to 40-year-olds,” he said.

But much of the conclusions drawn from the Johor election are speculation at this point.

Architects of Diversity (AoD) co-founder Jason Wee said the Johor numbers may not be a good indicator of youth and new voter turnout in the future.

“Rather than immediately assuming that youths are disinterested in politics, part of that could hypothetically be that the supply of political options at the moment is, 1. dissatisfying and 2. a source of disengagement,” he said.

He added a survey his organisation did with Undi18 found that 80 percent of youths planned to vote in GE15. The sample size of the survey was 3,089 people.

One of the fascinating things about the upcoming general election is that there is a wild card in the mix. No one can be sure exactly how youth voters will vote, choosing to vote according to issues and policies instead.

According to estimates, the electorate for GE15 is over 21 million, with 18- to 40-year-olds comprising 58% of the total. Youths aged 18 to 20 constitute about 16% of the 6.9 million new voters. Numbers for other age groups are not available currently.

The Merdeka Centre found young Malaysians were most concerned with financial and employment issues in a survey published in May 2021.

Universiti Teknologi Malaysia student Ammar Hakeem, 23, told Bernama his main issue was stagnant wages. He is one of the millions of automatically registered voters.

“KL is expensive. The RM1,500 minimum wage is not enough,” he said, adding that he was planning to vote in the upcoming election.

While the number of young voters may not be enough to overwhelm any seat directly, their numbers may be enough to make or break some candidates.

Tharma said the youth showed how important they were in GE14, when youth voters turned out in droves to vote for Pakatan Harapan.

“While young voters have certain tendencies to be similar to the older generations, economic issues are still the priority which means that these young voters will be willing to vote across racial lines. They are willing to try different parties, they have less political loyalty. They want to have economic issues as the biggest priority,” he said.

Other studies involving youth also found they were more egalitarian and merit-based, prioritising home, shelter and health as well as the environment. Most of them remain undecided on which political party to support, according to the 2022 Youth Manifesto Aspiration Survey by AoD and Undi18.

However, while Malaysian youth may care about the issues, they are less likely to get involved politically to fight for the issues.

Experts said getting the youth to be interested or active in politics is important to not just getting them to participate in democracy by voting, but also creating activists who will become future leaders.

“We need young leaders because the challenges we are facing are new and the solutions needed are also new. The climate crisis and the search for alternative energy all need new approaches that older politicians may not be equipped to handle,” said Fann.

The survey also noted that 78% of young people felt that “politics and government seem to be complicated”, saying they “can’t really understand what’s going on”. Two-thirds of young voters opined that public officials and politicians “don’t care what people like me think”.

A recent study done on Muslims aged 15 to 25, published in June 2022, yielded similar findings. While most did not care for politics, about a third did.

“Cultural democracy is still very much in deficit in Malaysia. Not only voting; voting is only one of the many components of democracy ... cultural participation in decision-making is also in deficit,” said Wee.

He added that families and schools could help inculcate the habit of democracy and civic engagement, families by engaging and involving children in the political process and schools by providing representation of their interests within the school administration.